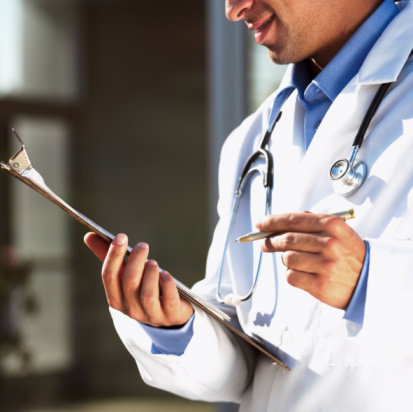 A worker was returning from a doctor’s appointment required by her employer’s workers’ comp insurer when she was injured in a car crash. Does she get additional workers’ comp benefits for the new injury?

Barbara Kelly was injured on Sept. 16, 2013, while working at Blue Ribbon Linen Supply in Idaho when a cart rolled over her left foot. She received workers’ comp benefits through her employer’s insurer, the Idaho State Insurance Fund.

The Fund scheduled Kelly for the independent medical evaluation (IME) with a doctor on Nov. 15, 2013, in a town that was 125 miles away from her home. It told her failure to keep the appointment “may result in termination of benefits.” The Fund would pay for her mileage to and from the appointment.

Kelly kept her appointment. Afterward, while returning home, another vehicle crossed the center line of the snow-covered highway and collided head-on with Kelly’s vehicle. Kelly’s actions didn’t cause or contribute to the collision.

Kelly applied for additional workers’ comp benefits due to the car crash. The Fund denied her request.

The Industrial Commission of the State of Idaho concluded Kelly’s injuries from the car crash weren’t compensable because they were the result of an “intervening cause” rather than from Kelly’s employment. Kelly appealed the decision.

Similar to a ‘special errand’

The Commission based its decision on a previous case in Idaho in which benefits were denied.

However, the appeals court said in the previous case, the trip to the doctor wasn’t made at the employer’s request – it was made only for treatment and was at the employee’s discretion.

Kelly’s trip, on the other hand, was solely at the Fund’s request for the IME. Kelly was told failure to go to the IME appointment would have resulted in suspension of her workers’ comp benefits.

The court said Kelly’s situation was analogous to two situations where compensation is available to a worker under Idaho law: special errands and the traveling employee exception.

Under Idaho law, employees leaving their normal place of work to perform a special job for an employer are still performing part of their normal jobs. Kelly’s injuries occurred in a similar situation, according to the court. The Fund, acting on the part of her employer, told her when and where to go for the IME.

On top of that, the Fund chose a doctor at a place far away from Kelly’s home at a time of year that would expose her to potentially dangerous winter driving conditions.

The court said Kelly’s case was also analogous to situations faced by traveling employees. Kelly was required by her employer to travel away from her normal place of business for an IME in a location 125 miles away, and she was compensated for her travel.

For those reasons, the appeals court overturned the Commission’s ruling and held that Kelly’s injuries from the car crash arose out of and in the course of her employment.

“It is hard to understand why Kelly was required by [the Fund] to travel about 100 miles in winter driving conditions to undergo the IME, when the physician was going to be in her home town in a matter of weeks. Had it not been for this thoughtless directive, she would not have been injured in the collision.”