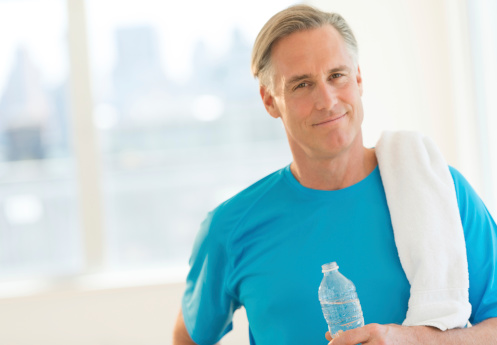 A prison sergeant injured himself doing jumping jacks at home. He argued it was part of his regular program to stay in good physical shape for his job. The sergeant got workers’ comp because legal precedent involving other law enforcement officers was on his side.

Daniel Young worked for the Butte County, CA, Sheriff’s Department. He keeps in good physical shape through his own fitness regimen at home when off duty.

On Jan. 9, 2012, during a jumping jack, Young felt extreme stabbing pain in his left knee. He reported the injury as work-related.

The Sheriff’s Department argued that this wasn’t a work-related injury and denied him comp benefits.

A workers’ comp judge (WCJ) concluded Young’s injury was compensable under an exception to off-duty activities under California law. Young believed the Sheriff’s Department expected him to exercise to be physically fit for his job. The WCJ found that to be a reasonable belief and awarded Young comp benefits.

The Workers’ Comp Appeals Board disagreed. It overturned the WCJ’s ruling and denied Young comp.

Next stop for this case: a California appeals court.

In reviewing the case, the court noted that California law states that an injury that arises out of:

“voluntary participation in any off-duty recreational, social or athletic activity not constituting part of the employee’s work-related duties is not compensable except where these activities are a reasonable expectancy of, or are expressly or impliedly required by, the employment.”

An earlier appeals court decision resulted in a two-part test to meet this requirement:

There’s no doubt Young thought exercise to maintain physical fitness was required. So the question in this case became whether that was a reasonable belief.

The court also noted there had been a number of cases in the state applying that particular section of the law to injuries suffered by law enforcement officers while “engaging in athletic activities.” In these cases, injuries were covered under workers’ comp:

On the other hand, there were also a number of cases in which law enforcement officers’ exercise injuries were not covered under workers’ comp.

What was the difference among the cases? There must be a “substantial nexus between an employer’s expectations or requirements and the specific off-duty activity in which the employee was engaged” for workers’ comp benefits to be awarded.

In this case, the Corrections Department argued it wasn’t reasonable for Young to believe that doing jumping jacks as part of his home exercise program was required because this was based only on a general obligation to maintain good physical fitness.

Even though Corrections required its officers and sergeants to maintain good physical condition, the Department didn’t provide them with an opportunity to exercise during work hours, nor did it provide guidance about specific exercises.

Given that, the appeals court wrote, “Accordingly, it is objectively reasonable for Sergeant Young to believe that the Department expected him to engage in an off-duty exercise regimen to maintain his physical fitness.

“It is also objectively reasonable to believe the Department would have expected the specific activity of warm-up calisthenics as part of a sergeant’s exercise program, particularly for a 64-year-old officer such as Sergeant Young.”

The court also noted the Department required correctional sergeants to undergo periodic training exercises which begin with a warm-up period, “further supporting a conclusion that the Department expected warm-up exercises as part of an exercise regimen.

“Accordingly, it would be reasonable for correctional sergeants to believe the Department expected them at least to maintain sufficient cardiovascular health to pass the training exercises.”

By now you’ve figured out that the appeals court overturned the WCAB’s ruling that Young didn’t qualify for workers’ comp benefits.

Does this ruling increase the liability for law enforcement departments in California? Not necessarily, said the court. Law enforcement agencies could limit the scope of potential liability by designating and/or pre-approving athletic activities or fitness programs.