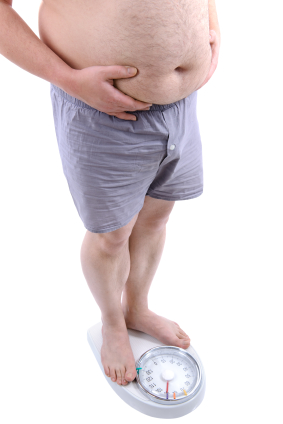 Experts say with more obese adults in the U.S., workplace injuries are likely to increase. However, obesity itself is sometimes the sole cause of an injury. Which one happened in this case?

On Sept. 7, 2008, Roberto Jaramillo, an employee of Systems Contracting (SC) in Arkansas, fell at work when a forklift swung a heavy pipe onto his feet, knocking him backward.

Medical records show Jaramillo first sought treatment for injury from his fall on Aug. 4, 2009 – almost 11 months later. On that date, he went to an ER complaining of chest, abdomen and pelvic pain.

Numerous diagnostic tests showed no acute injuries in those areas. However, doctors uncovered some chronic conditions including a small umbilical hernia comprise of fatty tissue.

Doctors told Jaramillo to follow up in two weeks regarding electric hernia repair surgery. Medical reports from this time called his hernia asymptomatic and “probably pre-existing.”

During the time in between his fall and his ER visit, Jaramillo continued to work for SC, with the exception of some lay-off periods.

Jaramillo went to a clinic on Sept. 3, 2009, complaining of intermittent, sharp, stabbing abdominal pain. Notes from that visit show his hermia was small and not tender to touch.

Over the next several months, Jarmillo had several more medical appointments regarding various pains including in the shoulder and neck area.

Jaramillo eventually applied for workers’ comp, saying he could no longer work because of the September 2008 injury.

An administrative law judge found Jaramillo proved that his umbilical hernia was caused by his fall at work in September 2008. SC appealed, and the Arkansas Workers’ Compensation Commission reversed the ALJ’s decision, finding Jaramillo failed to prove his hernia resulted from the work incident.

Jaramillo appealed, and the case went to a state appeals court.

Among the factors the court took into consideration was this: The Commission noted that excessive abdominal pressure can cause an umbilical hernia. Put another way: Obesity is a common cause of umbilical hernias in adults.

Jaramillo admitted he was “very heavy” – in fact, he often tipped the scales at 287 or more pounds.

The court also noted that none of his treating physicians said Jaramillo’s hernia was caused by his fall at work. In fact, Jaramillo waited several months before seeking medical attention for what he claimed were work-related injuries.

In summary, the court found:

“The record is devoid of credible, objective medical proof to substantiate that his hernia resulted from his fall at work on September 7, 2008.”

The appeals court affirmed the Commission’s finding that Jaramillo failed to prove through evidence that his umbilical hernia was caused by his fall at work.