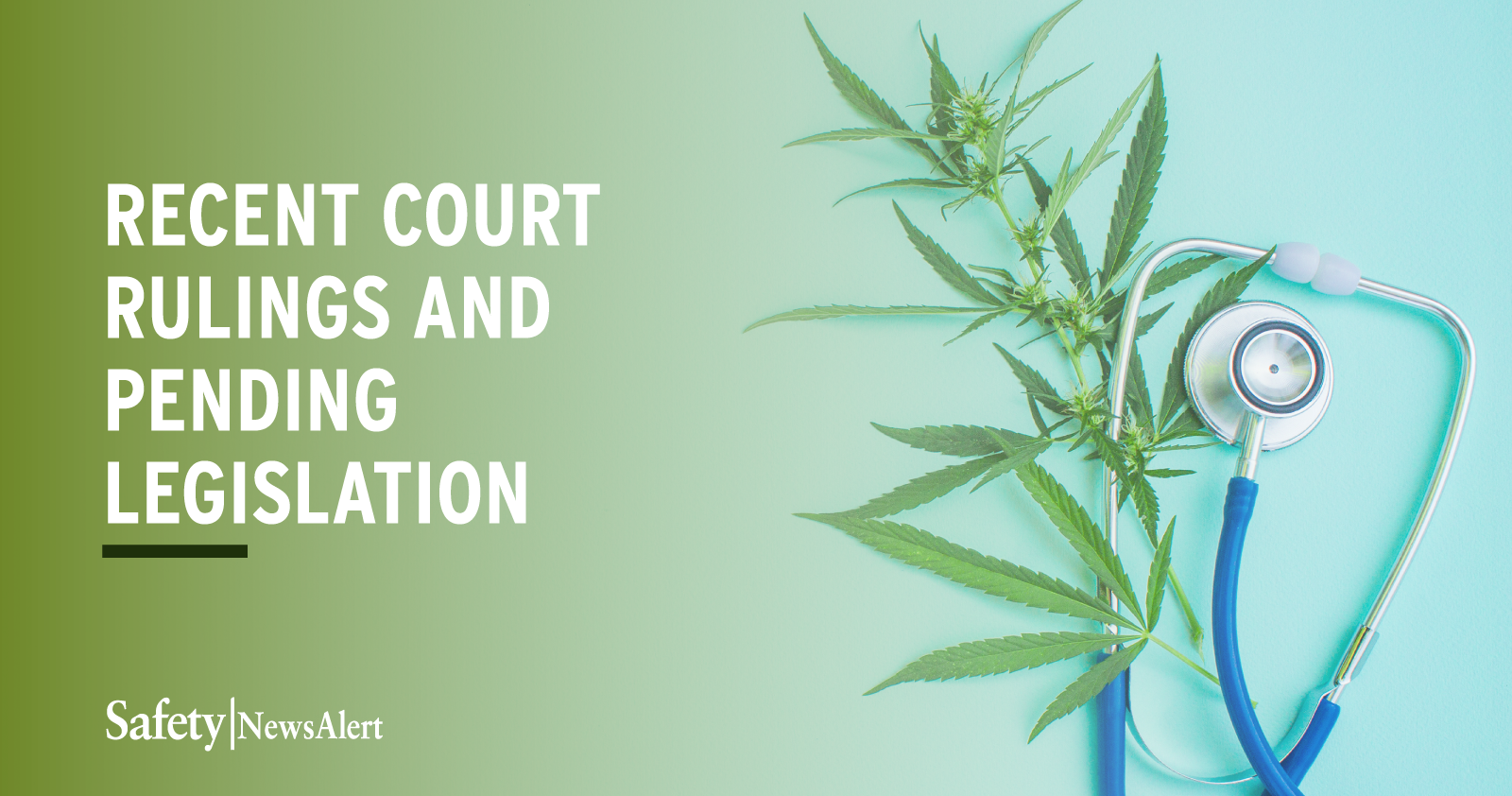 Is medical marijuana reimbursable through workers’ compensation benefits? Courts in some states say yes while others says no. Meanwhile, a few states have legislation in the works to answer that question.

Here’s what we know so far about the issue:

The New Jersey Supreme Court ruled in April that an employer can be ordered to reimburse a claimant for reasonable costs related to medical marijuana that’s part of a workers’ compensation treatment, according to a report from the National Council on Compensation Insurance (NCCI).

In March, the New Hampshire Supreme Court ruled in the Appeal of Andrew Panaggio case that reimbursing a medical marijuana user for the drug in a work-related injury case is not impossible under the federal Controlled Substances Act (CSA) nor does the act of reimbursement thwart the purposes and objectives of federal law.

Likewise, a New York appeals court found in February that reimbursement for medical marijuana in no way subverts the principal purposes of the CSA in combating drug abuse, particularly in the Matter of Quigley v. Village of E. Aurora, which involves a police officer who was authorized to use the drug to treat his chronic pain and reduce his reliance on opiates.

These courts ruled against it

In October 2020, the Massachusetts Supreme Judicial Court upheld the denial of a worker’s claim because the state’s medical marijuana law clearly states “nothing in this law requires any health insurance provider, or any government agency or authority, to reimburse any person for the expenses of the medical use of marijuana.”

However, the court acknowledged there was no clear federal guidance on this situation, calling it a “hazy thicket” at best.

The Arkansas Workers’ Compensation Commission ruled in June 2021 that workers’ compensation insurers aren’t required to reimburse for marijuana as a medical treatment, according to the NCCI report.

Several states are considering legislation to address reimbursement, as well.