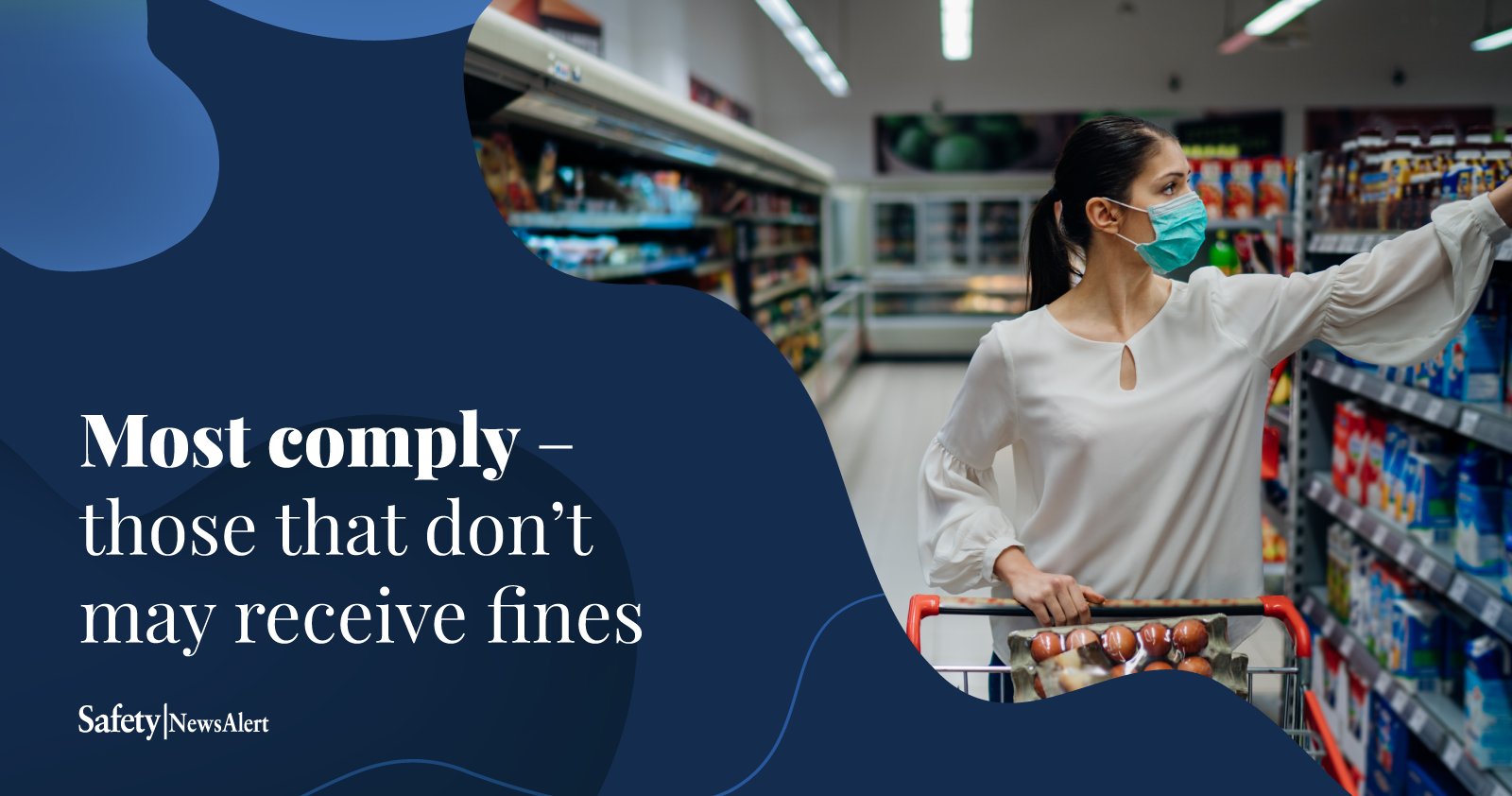 After looking at thousands of employers, one state OSHA has found the vast majority comply with coronavirus mask rules.

The Washington state Department of Labor & Industries (L&I) says since mid-July, it’s looked into complaints concerning more than 4,200 retailers, restaurants and other businesses.

L&I says “thousands” of businesses that were the subject of complaints are following the governor’s mask order following contact by state inspectors.

In some cases, the businesses that were violating the rules complied after L&I staff explained the requirements. In other cases, the complaints weren’t substantiated.

L&I has fined eight companies for violating the state public mask mandate and endangering their workers’ lives following employee complaints. Three other businesses were cited for worker violations after complaints about public masking.

“Our goal is to get employers to comply with mask requirements through education and assistance, but if that doesn’t work they can be cited and fined,” said Ann Soiza, head of the Washington Division of Occupational Safety and Health (DOSH).

Complaints by workers are forwarded directly to DOSH staff. If investigators find the complaints are valid, DOSH staff contact employers.

L&I says at that point, most businesses agree to follow the rules. Uncooperative businesses receive a warning letter saying they can be cited if they continue to break the law.

L&I is also conducting investigations under the governor’s Safe Start proclamation, which prohibits most businesses from operating unless their county is in the appropriate phase of reopening. The department has issued 11 Safe Start citations.