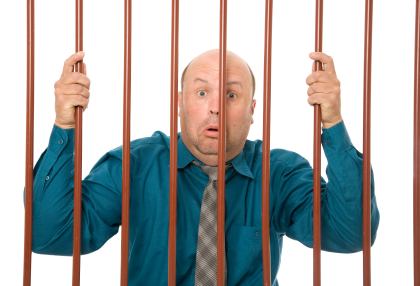 A Maine roofing company has been held in contempt of court for failing to pay OSHA fines and abate hazards at its work sites. If the owner doesn’t comply with a court order within 20 days, he could go to jail.

OSHA says the company’s owner, Stephen Lessard, has refused to correct the violations and pay $404,485 in fines, plus interest and fees, even after the agency obtained an order from a federal district court in Maine in December 2011.

Now the 1st Circuit Court in Boston has held Lessard in civil contempt for defying the 2011 order. The court says that, within 20 days, Lessard must:

If Lessard doesn’t comply, potential penalties for contempt include:

Lessard was issued at least one citation in each inspection. OSHA alleged multiple serious, repeat and willful violations involving:

The company didn’t contest the violations. When that happens, the penalties become a final order.

OSHA says even after obtaining the 2011 order against Lessard, the company continued to violate OSHA rules.

On July 18, 2014, OSHA inspected a work site in Lewiston, ME, at which three Lessard employees were doing roofing work without required fall protection.

In February 2012, Lessard sent a letter to OSHA with some proposed abatement steps. However, OSHA characterized the steps as “generic instructions” to employees to “inspect all equipment” and “recognize hazards” in response to two citations relating to exposure to high voltage power lines.

Lessard told the Portland Press Herald he doesn’t have the money to pay the fines, and the jobs he was cited for were finished years ago, so it’s impossible for him to now prove that the hazards were abated. He said OSHA failed to notify him about the contempt hearing.