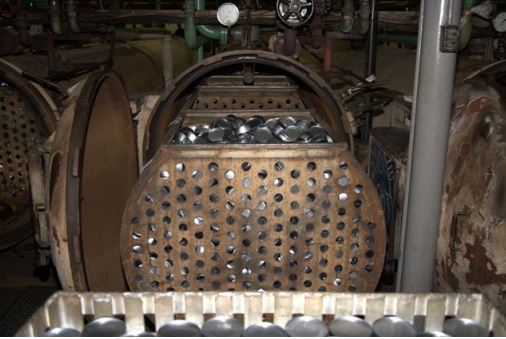 To settle criminal charges, Bumble Bee Foods will pay $6 million and two managers will pay a total of $30,000 in fines in connection with the death of a worker inside a tuna oven at the company’s Santa Fe Springs, CA plant.

On Oct. 11, 2012, Jose Malena, 62, entered a 35-foot-long industrial pressure cooker used to sterilize cans at the plant. His co-workers didn’t know he was inside and shut the door. The oven’s temperature rose to 270 degrees. A co-worker found Melena’s severely burned remains.

As part of the agreement with the Los Angeles District Attorney’s Office, Bumble Bee agrees to:

If Bumble Bee complies with all the terms, it can plead guilty to one misdemeanor count in 18 months.

Safety Manager Saul Florez pleaded guilty and was sentenced to three years of formal probation and 30 days of community labor. Florez will also pay $19,000 in fines and be required to take work-safety classes.

Both men can plead guilty to one misdemeanor charge after 18 months if they fulfill the terms of their agreement with the DA’s office.

Florez and Rodriguez must make public statements admitting their guilt.

Bumble Bee, Florez and Rodriguez had all been charged with three felony counts each of an OSHA violation causing death. The two men had faced a maximum sentence of three years in prison and a $250,000 fine. Bumble Bee’s fine alone could have reached $1.5 million.

The DA’s office says this is the largest known payout for workplace safety violations involving a single victim in California criminal prosecution.

A statement from the Melena family said nothing could bring their husband and father back, “but much can be done to ensure this terrible accident does not happen again.”