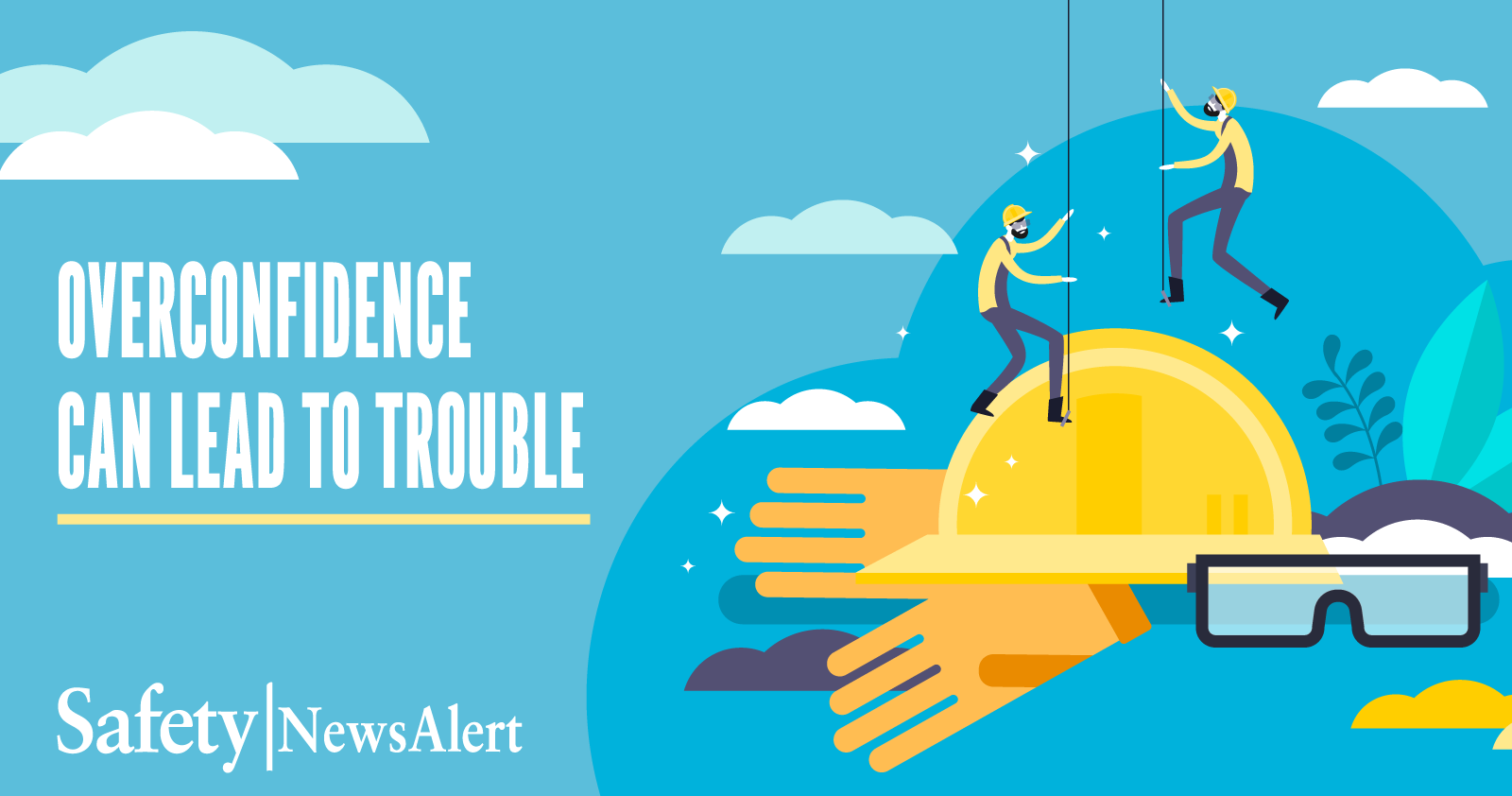 As a safety pro, you want to see workers have a certain level of confidence in their job duties, but overconfidence – the kind that leads employees to think they can ignore safety rules – can lead to trouble.

When workers are so overconfident in their skill level at a specific job task, they can easily make dangerous mistakes.

For example, a worker excavating a trench on a busy San Francisco street in February 2019 was so overconfident in his skill operating a backhoe that he failed to properly locate a gas line, which he struck, causing more than $10 million in damages.

Fortunately, no one was hurt in the explosion and fire that ensued.

Kilford Engineering was contracted to excavate a trench 1,888 feet long on a San Francisco street so fiberoptic conduit could be installed.

A “one-call” ticket to request the location and marking of buried utilities within the jobsite was requested, and Kilford was responsible for determining the location and depth before bringing in a small backhoe for excavation.

On Feb. 6, 2019, work began and hand shovels were used to uncover parts of the gas pipeline, but not any of the junctions.

The supervisor, who was also the backhoe operator, decided to use a spotter to help locate utilities while he began digging the trench with the backhoe, according to an investigation report by the National Transportation Safety Board (NTSB).

At one point, the supervisor was digging near one of the junctions, confident he knew where it was located, and struck one of the plastic pipes that hadn’t been uncovered.

The spotter saw what happened and fled with the supervisor not far behind, but he turned back to retrieve his phone just as the gas ignited.

There were no injuries, but the surrounding area had to be evacuated and the estimated damage to the pipeline and buildings exceeded $10 million.

Should have followed rules

The supervisor, who was certified to use backhoes on excavation sites, was interviewed by investigators immediately following the incident, and he allegedly said the branch connection was a problem because it was higher than the gas pipelines that had been exposed.

He thought he had enough room to get the backhoe’s bucket in without hitting anything, but he was wrong.

This incident could have been avoided if the supervisor had followed both his employer’s safety rules and state requirements calling for existing utilities to be completely uncovered before using heavy excavation equipment.

Instead, because of the supervisor’s overconfidence in his abilities, many people could have been hurt, millions of dollars of damage was done and Kilford may lose its contracting license with the state.