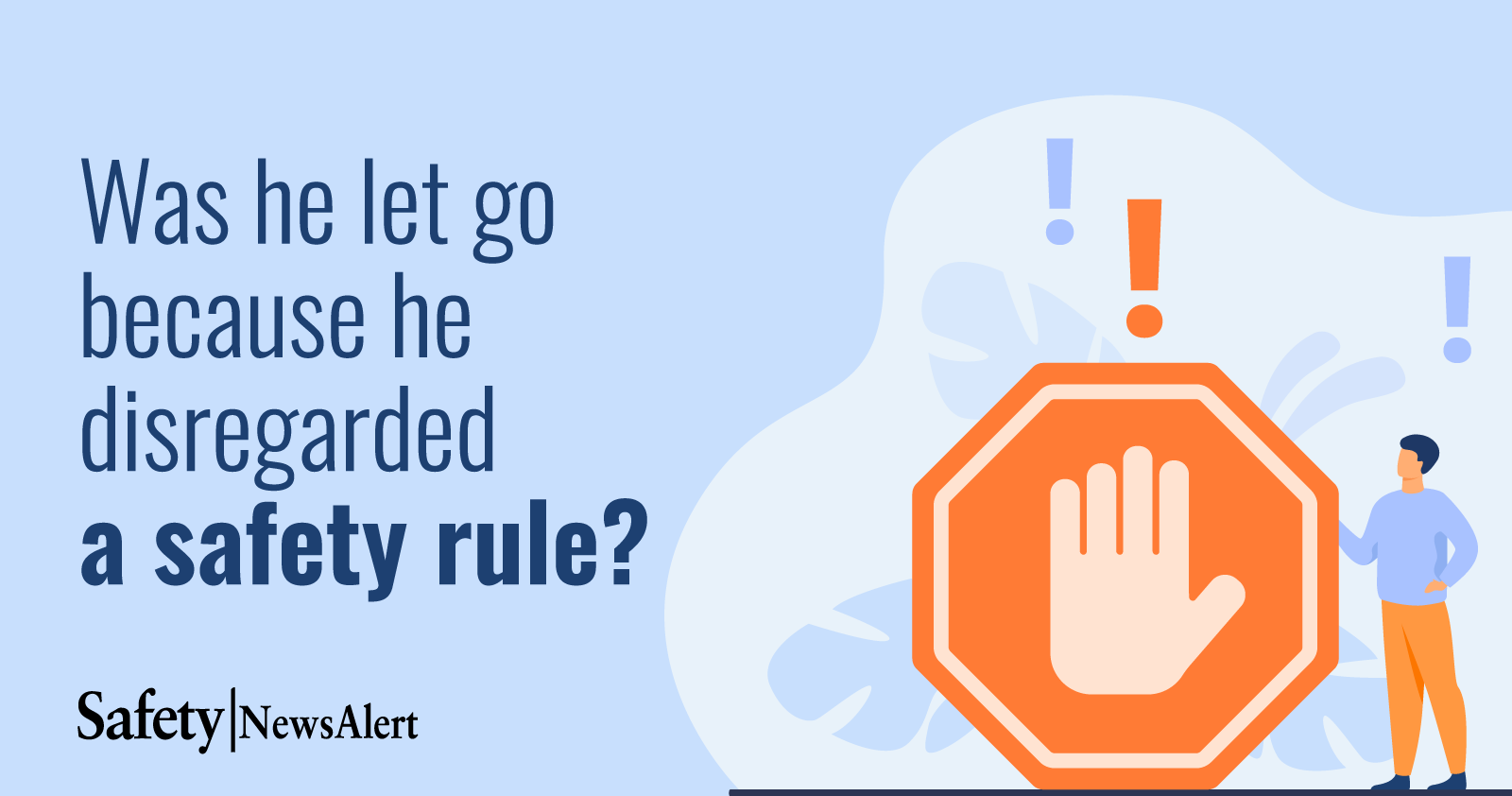 Sometimes an employee’s blatant disregard of safety rules requires disciplinary action. For whatever reason, they get that “it won’t happen to me” attitude, then they get injured. Sometimes that isn’t even enough for them to get the point.

Mistakes happen. Everyone has momentary lapses of reason and do something potentially dangerous. Then there are some individuals who just throw caution to the wind and do as they please, rules be damned.

One Ohio company recently had to deal with a lawsuit from a worker who repeatedly disregarded a specific safety rule, lost a finger because he ignored that rule and then was fired after being caught again disregarding the same rule.

Bradd Creveling worked as a tool and die maker for Lakepark Industries. He was skilled in this position with three decades of experience before going to work for Lakepark.

Upon being hired on Feb. 25, 2008, Creveling went through new hire orientation, including safety training which expressly forbid the use of most gloves while using rotating equipment.

This especially applied to Kevlar gloves, which are a cut-resistant cloth-like glove that was never to be worn on rotating equipment.

Regular refresher training on this and other safety topics were also part of the company’s safety program.

Despite this training, Creveling routinely wore Kevlar gloves while operating rotating equipment from the time of his hiring until Sept. 13, 2016, when –equipment grabbed his glove and pulled his hand into a rotating drill.

The drill mangled his hand and a human resources manager had to take him to the hospital where one of his fingers had to be amputated, according to an Ohio appeals court decision.

Creveling admitted he “screwed up” and that he “knew better than to wear gloves.”

The incident led to an OSHA inspection and a citation for a PPE violation, although Creveling never made a formal complaint to the agency.

Lakepark filed a workers’ compensation claim on Creveling’s behalf, didn’t dispute any aspect of that claim and allowed him to miss work from Sept. 14, 2016, until April 24, 2017, to recover from his injuries.

The company also investigated the incident and found Creveling violated one of its gross misconduct rules by violating the no gloves rule and putting himself in danger.

He signed a document saying he wouldn’t repeat the mistake and was given a three-day suspension for the violation.

On May 1, 2017, he returned to work on light duty and by May 8 he received clearance from his doctor to return to full duty assignments.

On that same day he was caught wearing Kevlar gloves while operating a grinding machine with rotating parts, and on the next day he was fired.

Creveling filed a lawsuit against the company, claiming it fired him for, among other things, filing a workers’ compensation claim.

A trial court, and then an appeals court, dismissed the suit because there was no causal connection between his claim and the reason he was terminated.

Employees must do their part

This case illustrates how a company can go to great lengths to ensure employee safety through proper orientation, training and refresher training, but ultimately employees must buy-in and do their part by following the rules.

Otherwise, they put their own health and wellbeing in jeopardy despite a company’s best efforts.