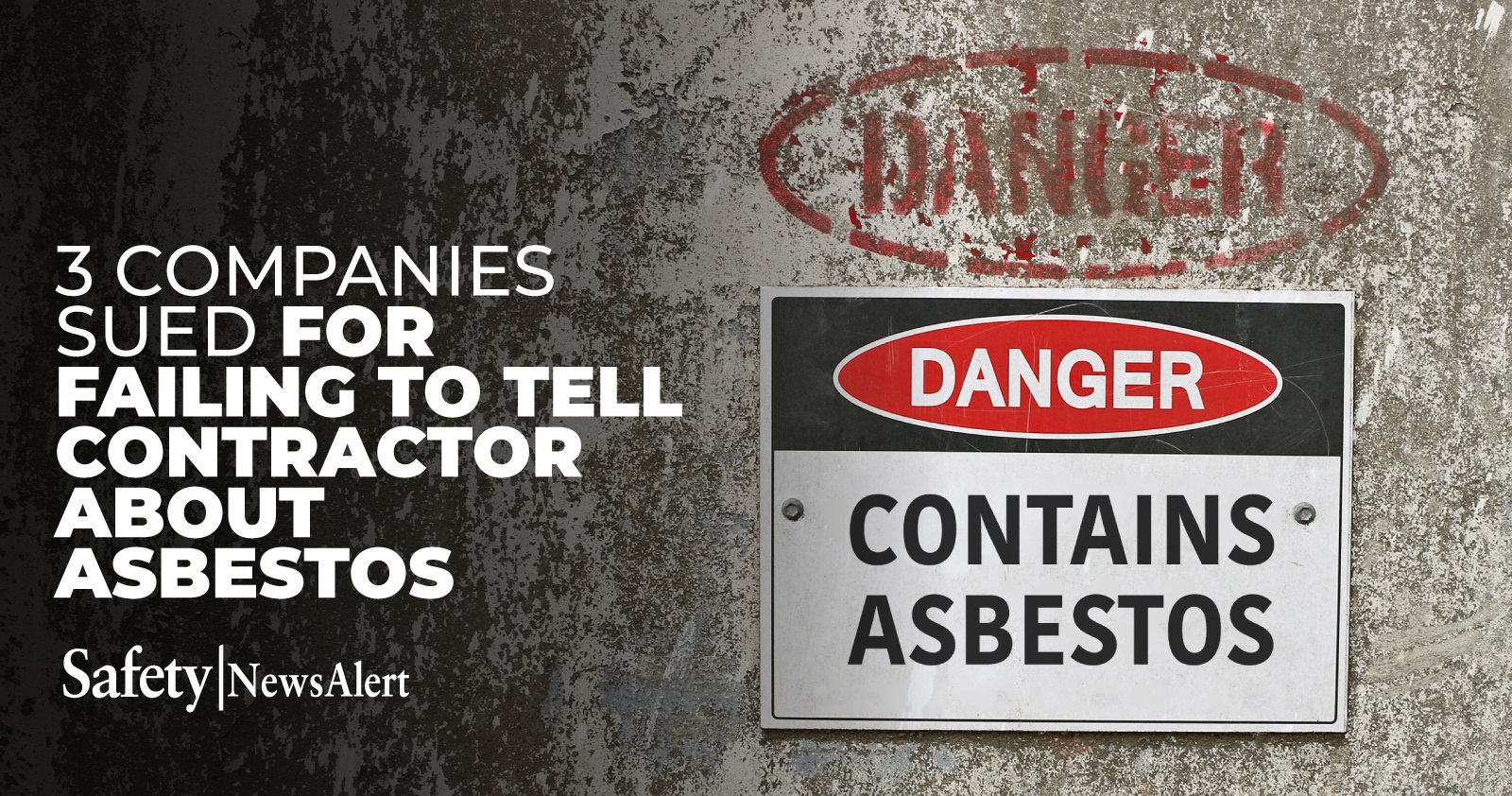 Multi-employer worksites can make for complicated situations when it comes to safety as there can be confusion over who’s responsible for what.

On construction sites, the general contractor is often held responsible for ensuring subcontractors and their employees are on the same page when it comes to safety.

In general industry, depending on the contract, it’s often the host employer’s responsibility to make sure contractor or temporary employees are at least aware of hazards in the workplace.

When it comes to OSHA inspections, workers’ compensation claims and lawsuits involving multi-employer worksites, it typically comes down to a question of control.

Which company had the most control of the site? Who had more direct control over the affected employees?

Regardless, companies should find a way to share the details of known worksite hazards and figure out who’s responsible for things like PPE and training, before work begins.

Why? Because failing to do so could put contractor employees at risk and get the host employer in legal trouble.

He didn’t know much about asbestos

Kevin Sinyard was a pipefitter who worked for 41 different contractors in his 25 years in the occupation. From 1975 to 1989, Sinyard worked on long-term projects at Ford Motor Company, Georgia Power Company and Piedmont Hospital.

In the 1970s and early 1980s, the union wasn’t training workers on the dangers of asbestos, so Sinyard had very little knowledge of the risks associated with the toxic substance.

At the time he was told only that if he encountered asbestos he should put on a paper mask and wet down the substance to help control dust.

By the late 1980s, Sinyard had learned more about asbestos and realized he’d been exposed to it often during his years as a pipefitter.

Ford, Georgia Power and Piedmont were just learning of the dangers posed by asbestos in the late 1970s and early 1980s, and all three began to implement safety training on it for their employees at that time.

Sinyard, as a contractor with these companies, didn’t receive any of this training.

In 2014, Sinyard was diagnosed with malignant pleural mesothelioma. He and his wife filed lawsuits against Ford, Georgia Power and Piedmont for exposing him to asbestos at their facilities.

A trial court granted summary judgment in favor of the companies, finding that all three were Sinyard’s statutory employers and were protected by the workers’ compensation exclusive remedy provision.

On appeal with the Georgia Court of Appeals, Sinyard argued in part that his lawsuit should move forward because there were issues of fact over whether he had the same awareness of asbestos hazards as the companies’ regular employees.

The appeals court found there was evidence to support Sinyard’s argument that the companies failed to properly inform him of known asbestos risks in their facilities.

In court, each company had acknowledged that it:

However, each company argued it wasn’t responsible for such training for contractors and that Sinyard should have been made aware of the hazard by the union.

Sharing info may have made a difference

Because this presented triable issues of fact, the appeals court allowed Sinyard’s lawsuit to move forward.

While this case is ongoing, one thing is for certain:

If each company had shared the information regarding its asbestos hazards with its contractors, Sinyard may not have gotten mesothelioma and the companies probably wouldn’t be fighting this court battle.