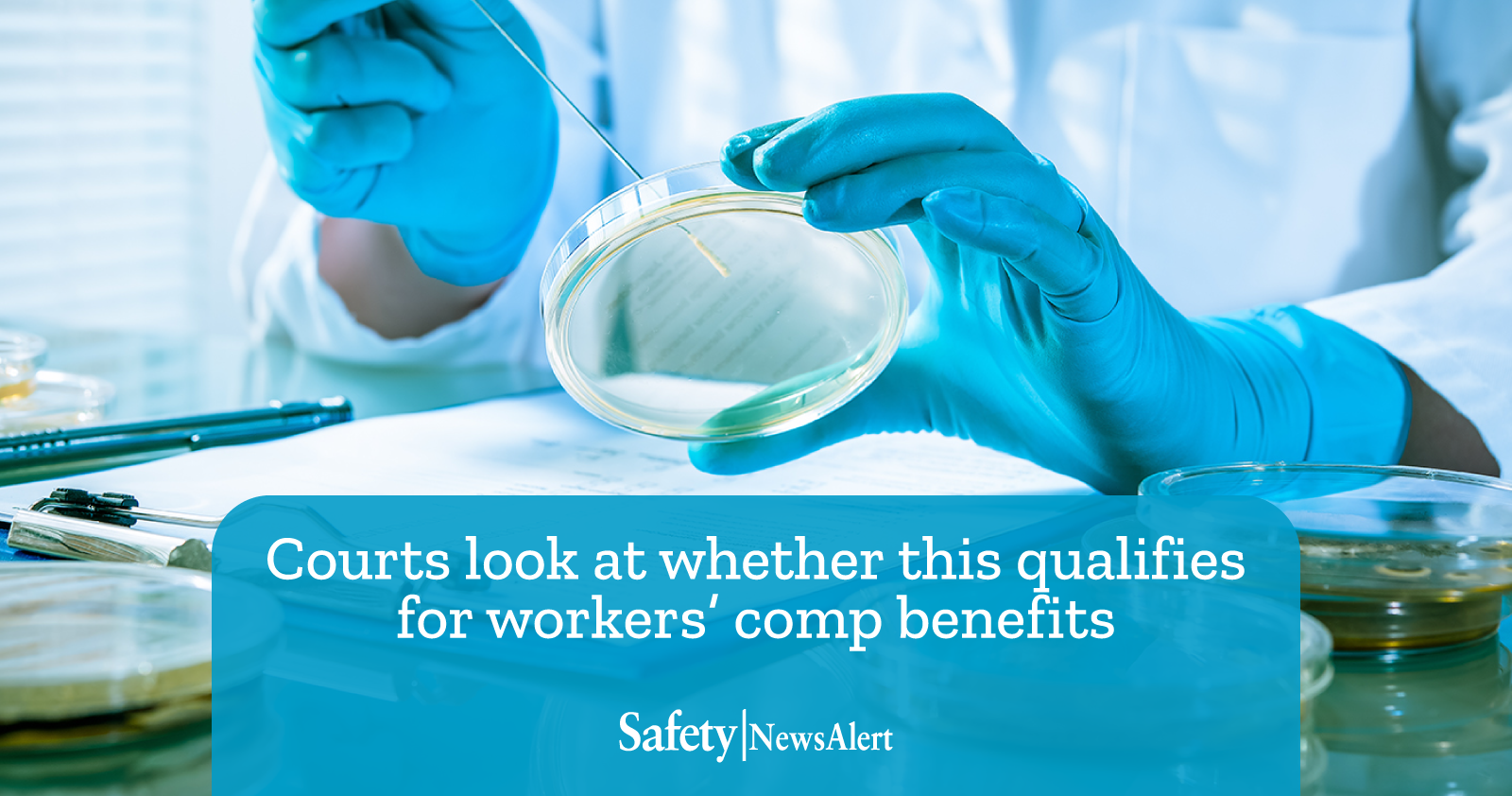 An employee sought workers’ comp benefits, claiming his MRSA infection was due to cuts and scrapes he suffered on the job. How did a court rule?

Kenneth Streit says he sustained cuts and scrapes while doing construction work, which resulted in a MRSA (Methicillin-resistant Staphyloccus aureas) infection in 2012.

A deputy workers’ comp commissioner approved comp benefits for Streit “based on the assertion he suffered cuts and scrapes while doing construction work, which resulted in him contracting a MRSA infection.”

Following the initial ruling, this case has had quite the ride through the judicial system in Iowa.

The deputy commissioner said the MRSA “entered Streit’s body through the work-related cuts and scrapes.”

On appeal, a commissioner reversed the ruling, noting testimony from a doctor who said Streit had to prove he acquired MRSA, not just the cuts and scrapes, from the worksite.

Based on that error, the district court remanded the case to the commissioner to apply the correct law to decide whether Streit’s MRSA infection arose out of and in the course of work.

Once again, the commissioner found Streit hadn’t proven this was a work-related injury because he didn’t prove his MRSA exposure occurred on the job site.

This time, the district court agreed with the commissioner. Streit next fought the ruling at the Iowa Court of Appeals.

The appeals court said the commissioner made an error in fact-finding.

Although the commissioner found the MRSA exposure didn’t occur at the job site, the appeals court said there was still no conclusive answer whether Streit proved his cuts and scrapes occurred at the worksite and if MRSA was an after effect of those injuries.

So, this case isn’t done yet. The appeals court reversed the district court’s decision and sent the case back to the commissioner to determine whether Streit proved he suffered cuts or scrapes at work and if the MRSA infection is an after effect of those injuries.

In a similar case in another state, an appeals court ruled in favor of an employee who contracted MRSA.

The employee cut his finger on sheet metal at work. Several days later, he developed MRSA.

The employer accepted the employee’s workers’ comp claim for the cut but not for the MRSA infection.

The Oregon appeals court focused on a statement from the injured employee’s doctor: “The incident at work broke the protective barrier of the skin. This allowed the MRSA which was present on the surface of the skin to enter the subcutaneous tissues.”

Therefore, the court ruled that the employee should get workers’ comp for the MRSA infection.