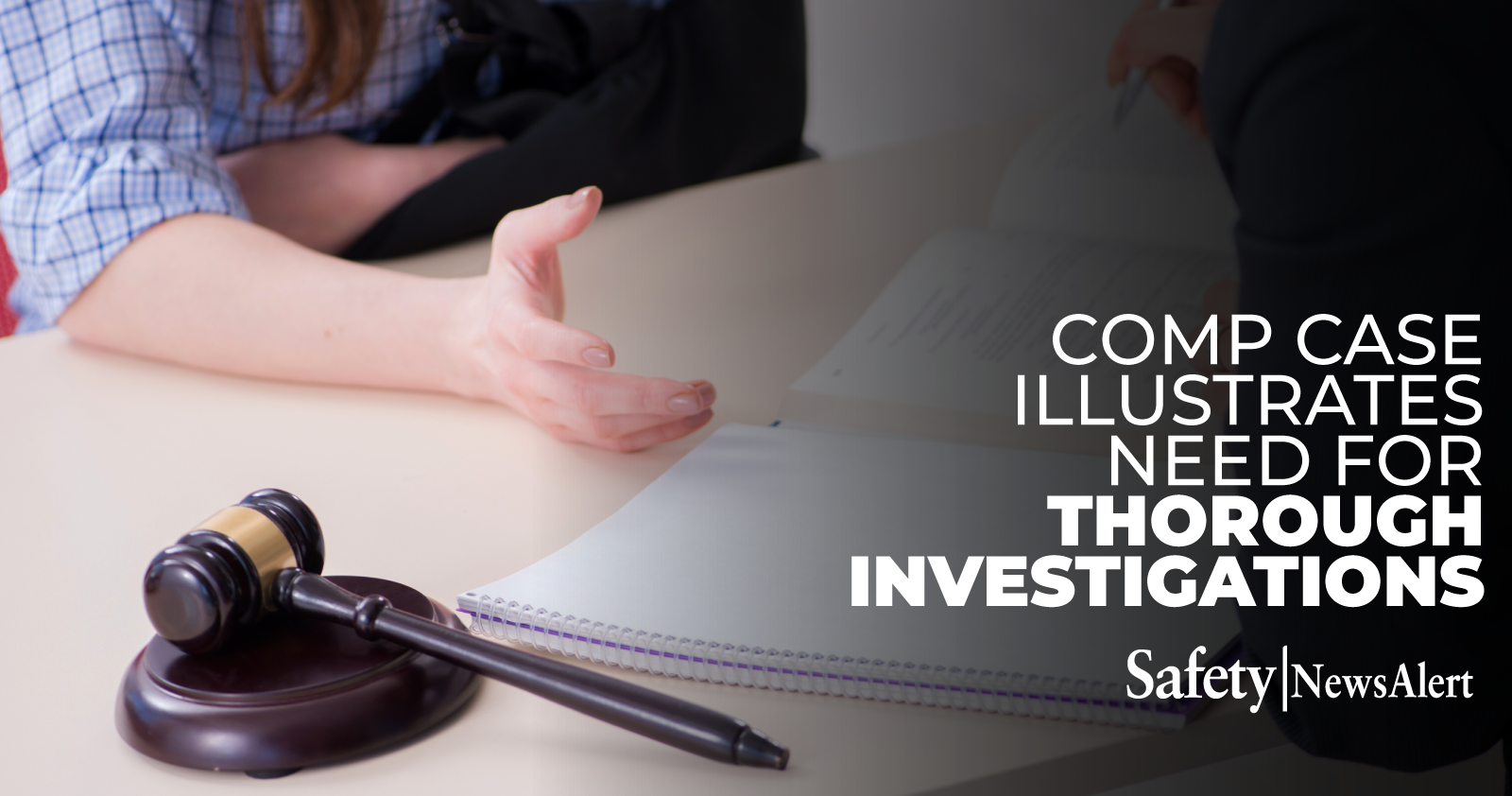 As a safety pro, you try to cover angle when it comes to addressing hazards, such as the all too common slip, strip and fall. But what if you dot every “i” and cross every “t” and someone still falls and gets hurt?

Take a Feb. 21, 2022, workers’ compensation decision from the Florida Court of Appeals, for example.

Engineer found no problem with flooring

The case involves a massage therapist who was leaving work at the end of her shift.

She left her massage room carrying her purse and a teacup, walked across a carpeted floor in the waiting room toward the women’s locker room and fell into the door separating the two rooms.

She was wearing rubber-soled shoes at the time of the incident, and the floor was coated in a slip-resistant material.

Later, she couldn’t recall exactly how the fall occurred.

Her employer hired an engineer to inspect the flooring in the area who found no issues with its surface or configuration.

A workers’ compensation judge denied the therapist’s claim, finding the incident didn’t arise out of employment because such incidents are only compensable if “the employment necessarily exposed the claimant to conditions that would substantially contribute to the risk of injury to which the claimant would not normally be exposed during her non-employment life.”

In short, such a fall could happen anywhere so the incident couldn’t be considered work-related.

However, the appeals court disagreed and approved the claim, saying that rule only applies where there is a contributing cause outside of employment (such as a work-at-home employee tripping over her dog, which was the example given by the court).

“Clumsiness is covered (by workers’ compensation),” the decision states.

That’s all well and good in the realm of workers’ compensation claims, but what about preventing this sort of fall from happening in the first case?

OSHA doesn’t have a standard for slips, trips and falls. However, the agency addresses such incidents in its walking-working surfaces standard (1910.22).

Basically, that standard says floors and other working surfaces should be inspected regularly and kept free of anything that could cause someone to slip, trip or fall.

That involves checking and correcting things like loose floor boards, leaks causing the surface to become slippery or objects protruding into the pathway.

Following this standard is a good starting point for preventing slips, trips and falls in general, as safety pros know, but the question remains:

How do you address an incident that has no explanation, like the one in the workers’ compensation decision?

In this case, the employer brought in an engineer to investigate the floor for defects, but how in depth was the investigation of the incident itself?

If the floor wasn’t the problem, something else likely was. Did anyone ask the employee if she was walking faster than normal? Could she have fumbled the teacup enough to cause her to lose balance? Did the rubber soles of her shoes create friction against the slip-resistant material of the flooring?

There are too many details of the investigation left out of the court’s decision to really call this incident unexplained from a safety standpoint.

But if an in-depth investigation really doesn’t reveal a cause, then at the very least it’s worth mentioning to employees to take their time and walk more carefully to keep further incidents from occurring.