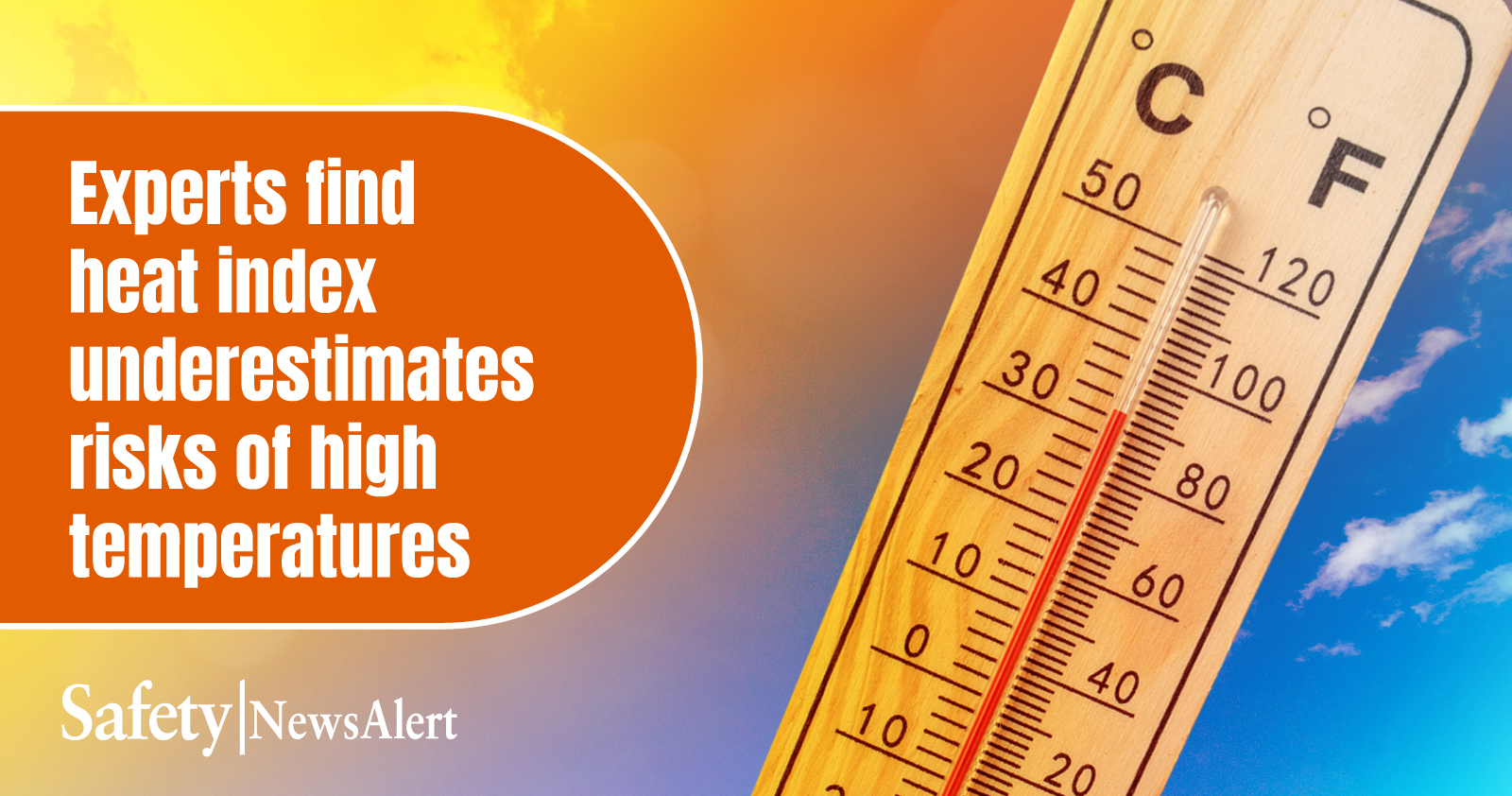 New research reveals that the National Weather Service heat index may be leading people to misjudge the dangers of extreme heat, and it may underestimate the effect of extreme heat on the human body.

Experts are finding that the current heat warning system in the U.S. is falling short as heat waves are becoming more frequent, longer and more intense, according to a National Public Radio (NPR) story.

Heat waves are deceptively deadly, but traditional weather forecasts don’t typically convey the full extent of the risk, unlike the way they capture the hazards associated with thunderstorms, blizzards or hurricanes.

The heat index “shows how humidity makes the temperature feel hotter, but only for a person sitting in the shade, leaving out outdoor workers and others who spend hours in the sun.”

Further, it low-balls the hazards presented by extreme heat by underestimating the effects such high temperatures have on the human body.

“We’re seeing people die needlessly,” Kristie Ebi, a professor at the Center for Health and the Global Environment at the University of Washington, told NPR. “We certainly need a better understanding of how to communicate to people that, in fact, they do need to take action.”

The problem lies in how humidity affects the way the human body cools itself through sweating.

Sweating reduces core temperature as the sweat evaporates and carries heat away from the skin. Without evaporation, that cooling method isn’t very effective. In humid air, it’s much harder for sweat to evaporate effectively.

Larry Kenny, professor of physiology at Penn State University, told NPR that only sweat that evaporates has any ability to cool the body. When it gets close to the humidity of the sweat on the skin, it can’t evaporate.

So when high heat and humidity pass the threshold where little to no evaporation occurs “people can die within a matter of hours, even just sitting in the shade.”

And that’s one of the heat index’s shortcomings: It only presents the full danger for people in the shade, without the heat from direct sunlight.

The heat index is supposed to show what the temperature and humidity feel like to the human body, so if the temperature is 88 degrees and the humidity is at 75%, it really feels like 103 degrees.

But in direct sunlight it’s going to feel about 15 degrees warmer. Performing vigorous physical activity in direct sunlight could prove extremely dangerous. Further, if the person is standing on blacktop instead of grass, the heat could have a different impact.

This means that outdoor workers who spend hours under the sun could underestimate the danger they’re in by using the current heat index.

The heat index was also modeled on how a healthy person who is 5 feet 7 inches tall and weighs 147 pounds – yes, it’s that specific – responds to heat. That leaves out a lot of more sensitive, more susceptible groups.

Researchers at the University of California Berkeley found that the heat index may be underestimating the effect of high heat by as much as 28 degrees, even for that specific type of person it was modeled around.

The National Weather Service is currently reviewing this research and looking for ways to improve the heat index. It’s working with the U.S. Centers for Disease Control and Prevention, the Environmental Protection Agency and “many of our other federal partners” to find better ways of alerting the general public about dangerous heat.

A new kind of heat alert, called HeatRisk, is also being tested by the National Weather Service in the Western U.S. It provides heat alerts at four different levels, with specific warnings for who is at risk. It also takes into account how long a heat wave has been going on, and whether people are also enduring high nighttime temperatures.