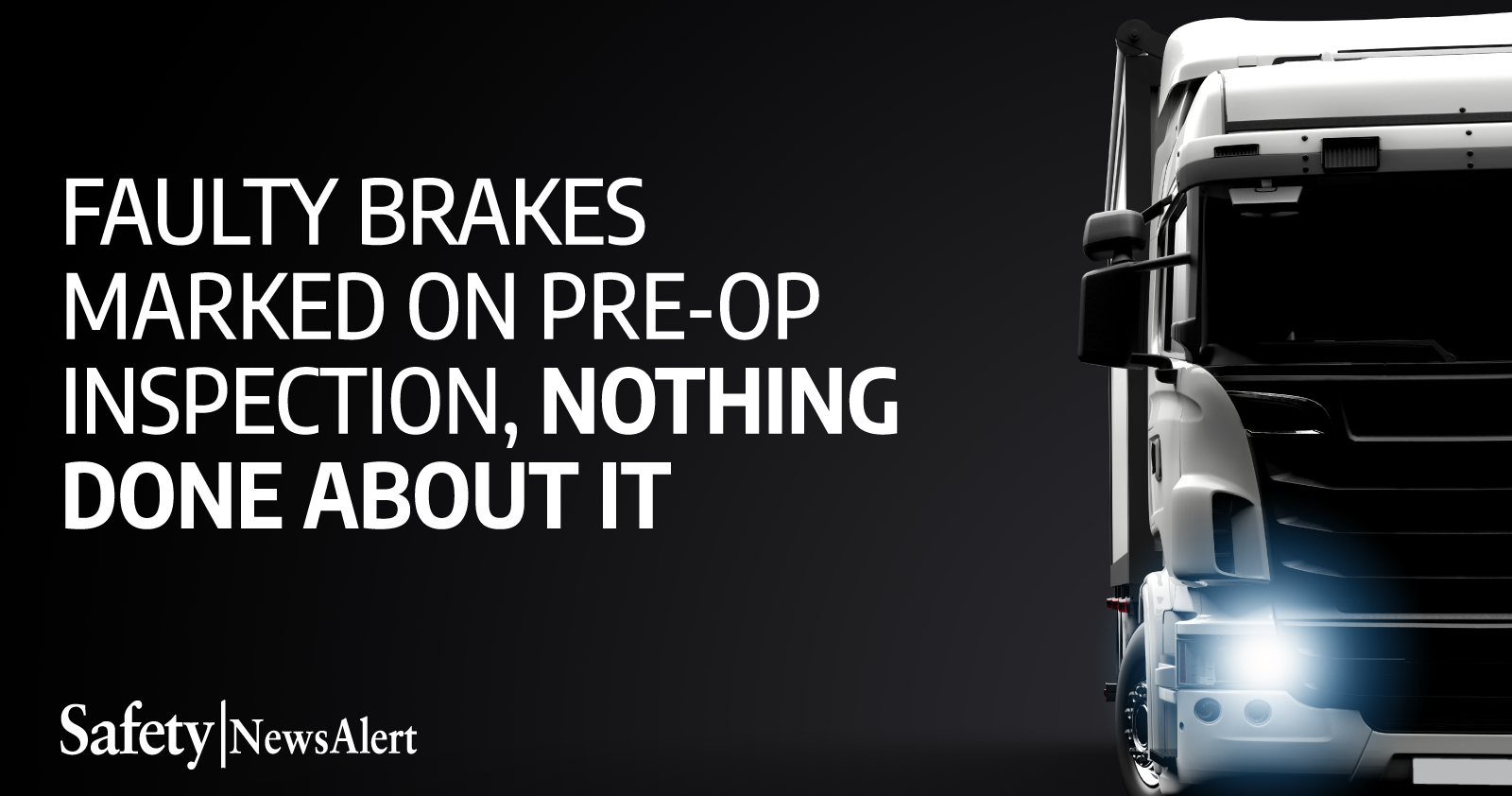 This may feel like it doesn’t need to be said but if a piece of equipment is in need of maintenance for safety reasons then it needs to be fully taken out of service until it’s fixed. Otherwise, it could have fatal consequences.

Safety professionals, supervisors, managers and even workers know this, yet injury incidents and fatalities still happen because the equipment remained operational when it should have been removed from duty.

For example, one worker was killed and another severely injured when the cement mixer truck they were operating crashed while traveling down a ramp at a mine.

Why did it crash? Because the brakes were defective, which was noted on pre-operational inspections. Despite the fact that employees and management knew the vehicle had defective brakes, it remained in service and eventually caused a fatality.

At 4:30 a.m. on Jan. 28, 2022, Monroe Caston, Jr., a 56 year-old cement mixer driver, and David Butler, a 24 year-old mixer driver in training, began their shift at Tri County, a concrete hauling and pumping contractor that was hired by the Freeport-McMoRan Morenci mine in Greenlee County, Arizona.

They retrieved their mixer and drove it to the concrete batch plant for their first load of the day. At 8:35 a.m., when they got to the mine, the load of concrete was rejected because it was too wet, so they were told to take the load down a ramp to another batch plant for disposal.

An escort vehicle was assigned to guide the mixer to the appropriate area. As they began to descend the ramp, Caston and Butler lost the use of their brakes and the truck’s speed rapidly increased. By 9:03 a.m., they passed the escort vehicle and a haul truck that was also descending the ramp at the time.

The driver of the haul truck radioed that the cement mixer had passed her and was traveling faster than the speed limit. The mixer continued to accelerate as it descended the ramp then veered out of control on a curve before rolling onto its side and sliding into a berm. Caston and Butler were ejected from the mixer since neither of them were wearing seatbelts.

At 9:12 a.m., an emergency medical technician arrived on scene and began administering first aid, with more arriving within the next few minutes. Caston and Butler were transported to a local hospital. Caston was pronounced dead from his injuries at 6:58 p.m.

Investigators with the U.S. Mine Safety and Health Administration found the cement mixer truck had a third axle that wasn’t lowered while the truck was in use and was therefore unable to provide additional braking assistance.

The following defects were also found in the braking system:

All of these defects combined to make operation of the truck hazardous. Tri County management was notified of the defective brakes on a pre-operational inspection record from Jan. 20, 2022, but failed to take the truck out of service.

One root cause investigators pointed out was that the employer didn’t remove defective equipment from service until those defects could be corrected.

Tri County has since taken all of its trucks out of service and inspected the braking systems on each one before putting them back in service.

The company then developed written criteria for removing defective equipment from service along with a standard operating procedure for inspecting brakes before each vehicle use.

All employees were also trained to recognize and remove defective equipment from service.