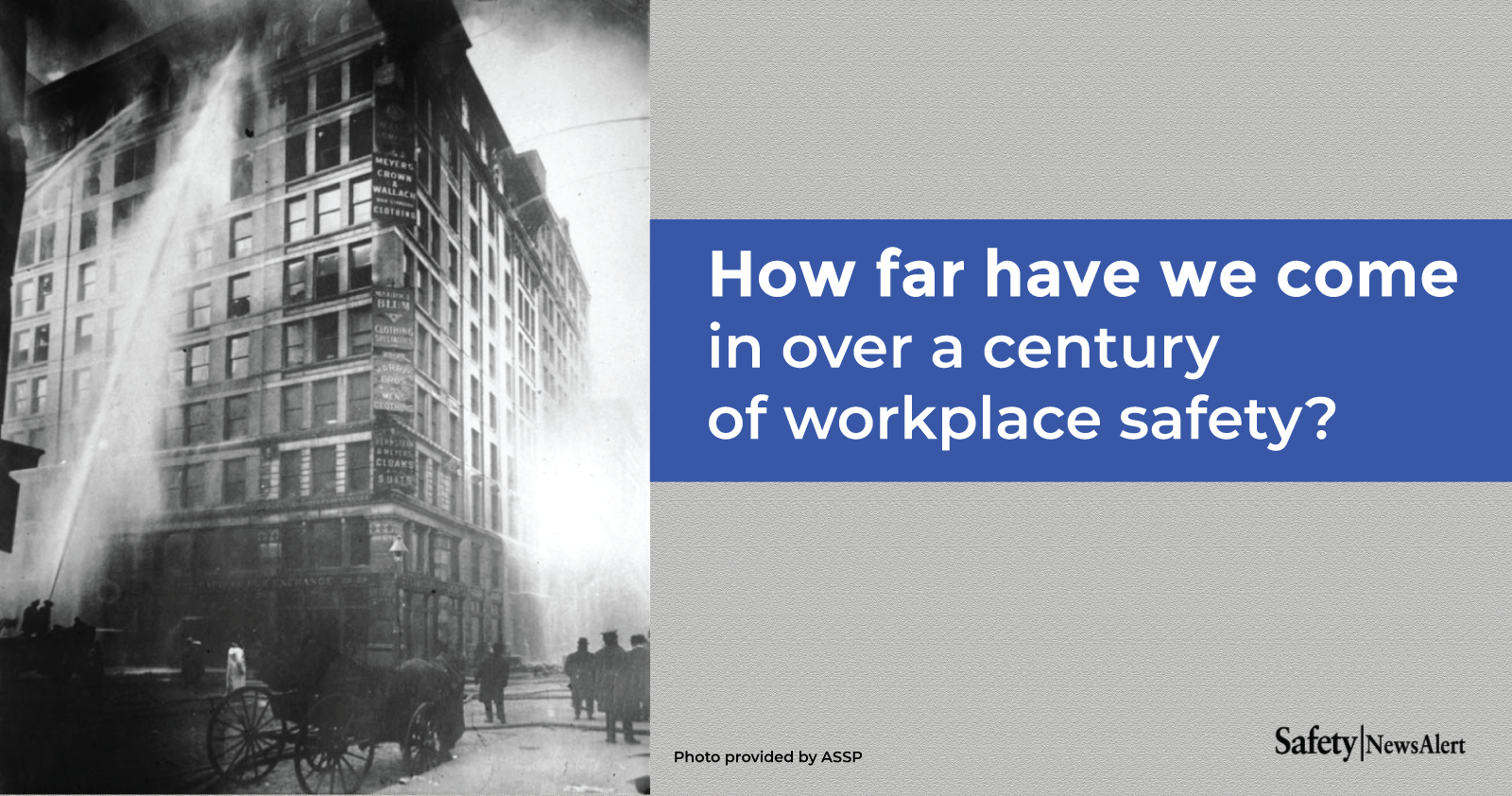 The tragic event that many credit as starting the modern workplace safety movement happened 110 years ago. One century plus one decade later, where is the U.S. when it comes to occupational safety and health?

The conditions created inside the factory by its owners directly led to those deaths.

Exit doors were locked because the owners wanted to prevent thefts. Other doors opened from the inside, also making escape impossible. There was just one shaky fire escape. The only fire suppression equipment: 27 water buckets.

Some 270 workers were employed at Triangle in 1911. Most of them were recent Jewish and Italian immigrants. On March 25, something caused fabric used to make women’s blouses to catch fire.

The fire spread quickly, trapping many young, recent immigrant women on the ninth floor of the building.

About 40 jumped from windows to their deaths. Blankets were held below to try to catch the women, but they fell right through them. About 100 more burned to death inside the building.

The average age of those killed was 19.

The Triangle fire has been called an event that fundamentally changed U.S. workplace conditions.

Ten years ago on this website, I wrote a post about the 100th anniversary of the fatal fire and asked the question, “But have workplace safety attitudes really changed in 100 years?”

Now we’re in the midst of a pandemic. Hundreds of workers have died because the coronavirus spread in their workplaces because they worked too close together, they lacked protective masks, and ventilation where they work was insufficient.

It’s an opportunity, again, to pause and consider the status of workplace safety in the U.S.

Ten years ago, the number of U.S. workers killed each year on the job was 4,340.

Others in the safety field have now noted that the COVID-19 pandemic has placed a new emphasis on workplace safety.

The problem is that this is a pattern.

Just as the Triangle fire called attention to the plight of garment workers in the early 20th century, the pandemic has drawn notice to meat and poultry plant workers, among other essential employees, who weren’t properly protected and lost their lives or became seriously ill.

Elected officials are again calling for action. Unfortunately for some of them, it took a pandemic to get their attention.

The extra attention the pandemic has brought to safety has real potential to do some good. But that’s only if there is follow-through on the part of employers, elected officials, OSHA and other safety agencies, unions, and employees to make sure more workers are able to go home at the end of the workday in the same condition they went to work.

The American Society of Safety Professionals (ASSP) encourages all companies and their workers to join in recognizing this anniversary by observing a moment of silence at 4:45 p.m. ET on Thursday, March 25, the exact time the first alarm was sounded at the Triangle factory.

The moment of silence will pay tribute to the workers who died in the fire while also refocusing on creating safe work environments.

“Whether you work at a construction site, in a restaurant or at a manufacturing plant, the lessons of the Triangle Shirtwaist Factory fire never should be forgotten,” said ASSP President Deborah Roy. “Keeping our workplaces safe takes an unwavering commitment from all involved. There are always advances to be made and new ideas to be shared.”