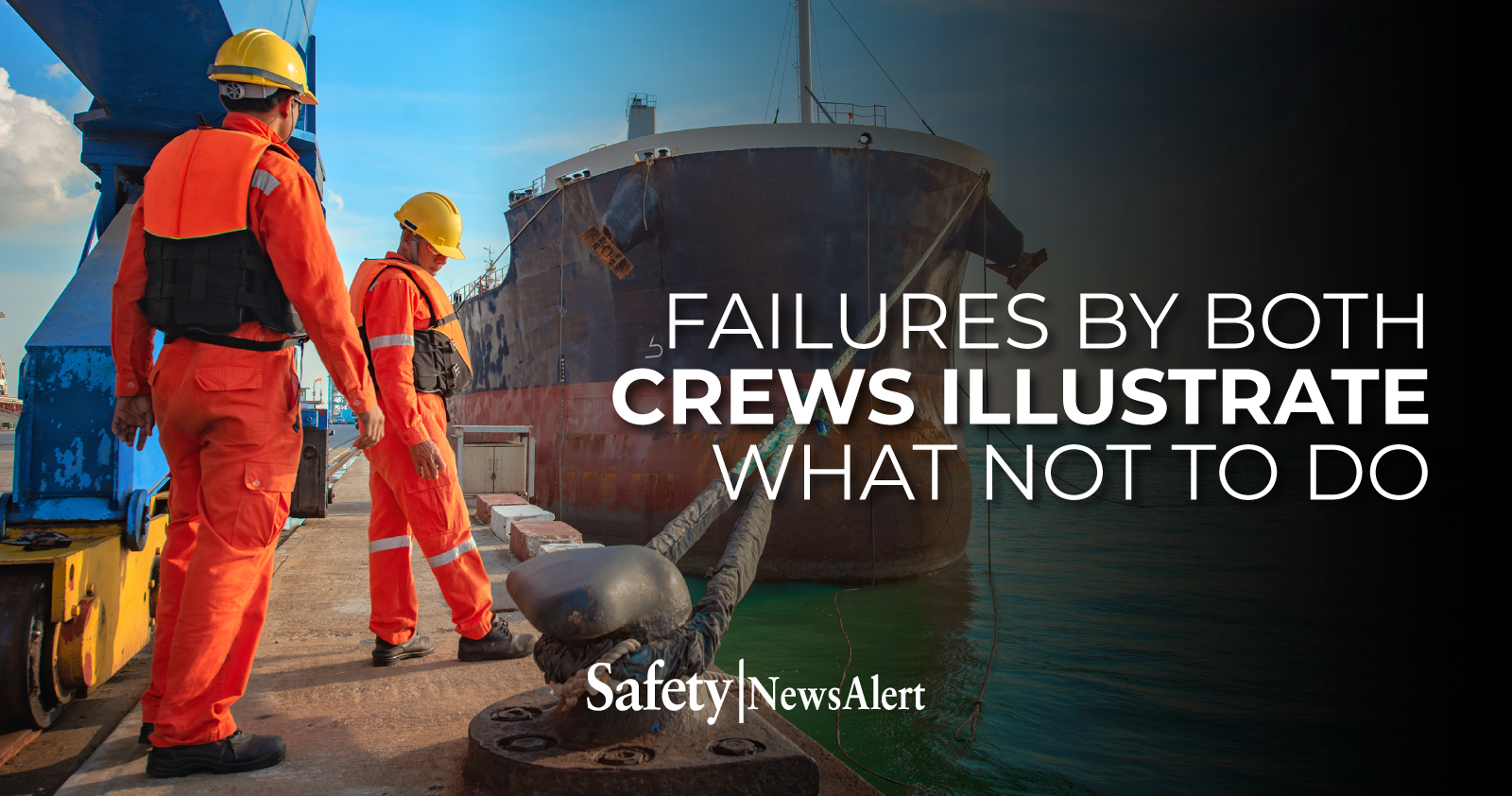 A 2021 maritime incident involving the collision of two vessels, with three injuries and $7.9 million in damages, makes for a good lesson in why situational awareness is important.

The incident involved a yacht and a tank vessel which collided near Nassau, Bahamas on Dec. 23, 2021. After the collision, the tank vessel and its cargo sank.

A National Transportation Safety Board (NTSB) investigation into the incident found that the crews on both vessels failed to maintain a proper lookout for other ships.

Tank vessel sinks along with its cargo

The yacht, Utopia IV, and tank vessel, Tropic Breeze, were transiting the Northeast Providence Channel when they collided at 20 knots, or about 23 mph.

No one paying attention on both bridges

Before the collision, the Utopia IV‘s captain was conning the yacht while the bosun navigated and kept a bridge log. The captain left the bridge shortly before the collision to check on the yacht’s seven passengers. This left the bosun, who didn’t have the credentials to conn the vessel alone, to perform watch duties by himself while logging navigational data.

On the Tropic Breeze, the ship’s master and an able seafarer were on watch on the bridge but the vessel’s automatic identification system was inoperative due to a power issue. The Tropic Breeze‘s rear-facing radar also had a problem that made it fail to detect vessels in an area directly behind it. The able seafarer left the bridge for a few minutes to check the engine room, navigation lights and alarm panels, but returned before the collision. After his return, the ship’s master left the bridge to use the restroom.

At 11 p.m., the bow of the Utopia IV struck the Tropic Breeze from behind. On both vessels, none of the bridge crewmembers reported seeing the other vessel on radar. However, other crewmembers on each of the ships reported having seen the lights or other visible indicators of the other vessel.

According to the NTSB report, it’s likely that none of the bridge crewmembers had looked at their radar displays in the 12 minutes before the collision.

NTSB investigators found that if either vessel had kept a proper lookout, they likely would have detected each other and could have taken action to avoid the collision.

The probable cause of the collision, according to the NTSB report, was the Utopia IV‘s bridge crew failing to maintain a proper lookout which led to a failure to identify the tank vessel they were overtaking.

Contributing to this cause was the fact that the Tropic Breeze‘s bridge team also failed to maintain a proper lookout.

The NTSB said, “The effective use of all available resources by a bridge team, including visual scanning, radars, electronic charts and an automatic identification system, increases collective situational awareness and contributes to a safe navigation watch.”

Lessons learned can be applied in any industry

While this was a maritime incident, there are some lessons from this incident that can apply to workers in any industry. Those lessons are:

Obviously, vision is an important component for situational awareness, but hearing and smell also play a role under certain circumstances.

As for electronic devices, they are a fantastic tool when used to help enhance situational awareness. If relied upon too much, however, it can lead to complacency.

Complacency also happens when an employee becomes so used to doing certain tasks that they become second nature. This means that they’ve become so overconfident in the skills that they may not be paying complete attention to what they’re doing, which leads to them not being situationally aware.