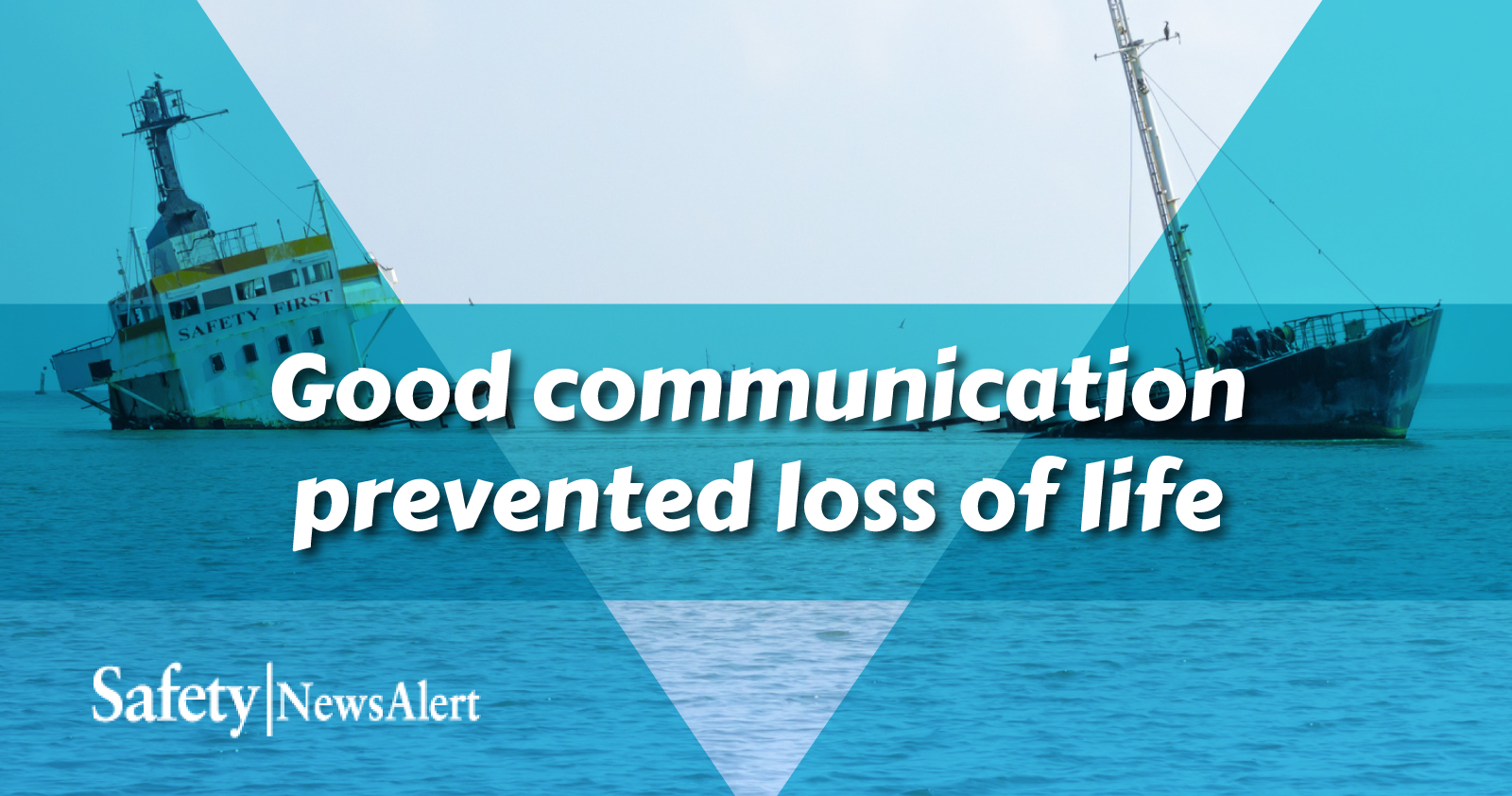 A recent maritime incident resulted in no injuries and no fatalities thanks to two things safety professionals in any industry can appreciate: fast decision-making based on training and good, early communication.

The four-man crew of the Rebecca Mary reacted efficiently and quickly when the vessel began to sink while on its way back from fishing operations with what a National Transportation Safety Board report on the incident describes as a typical load weight.

Around 4 a.m. on the day of the incident, a bilge alarm sounded, and a deckhand noticed the rear portion of the vessel was taking waves over the upper edge of its side.

Seawater began accumulating on the rear deck and over the top of a hatch leading to the vessel’s aft-most under-deck compartment.

The situation deteriorated rapidly, so the crew quickly donned their survival suits, and at 4:09 a.m. the captain made a distress call to the Coast Guard and activated the vessel’s emergency radio beacon.

As he continued to pump seawater from the rear areas of the vessel, the captain also provided radio updates to the U.S. Coast Guard.

At the same time, the crew monitored the seawater level on the deck, which they noticed was creeping up as the rear of the vessel sank deeper.

Just after 5 a.m., realizing the ship could not be saved, the crew tied an inflatable life raft to the vessel’s portside handrail and threw its canister overboard. This was the best location to perform deployment of the life raft, the NTSB report states.

The raft inflated successfully, but the Rebecca Mary rolled over in that direction as it sank and punctured the inflatable raft, instantly deflating it.

This forced the crew to jump into the water in their survival suits where they locked arms and waited for the Coast Guard rescue helicopter, which arrived at 5:07 a.m.

By 5:59 a.m., all four members of the crew were at the closest Coast Guard air station.

This is the type of response you want to see from employees during emergency situations, no matter what industry you may work in.

All of this combined to greatly increase the crew’s likelihood to survive the emergency, according to an NTSB news release accompanying the report.