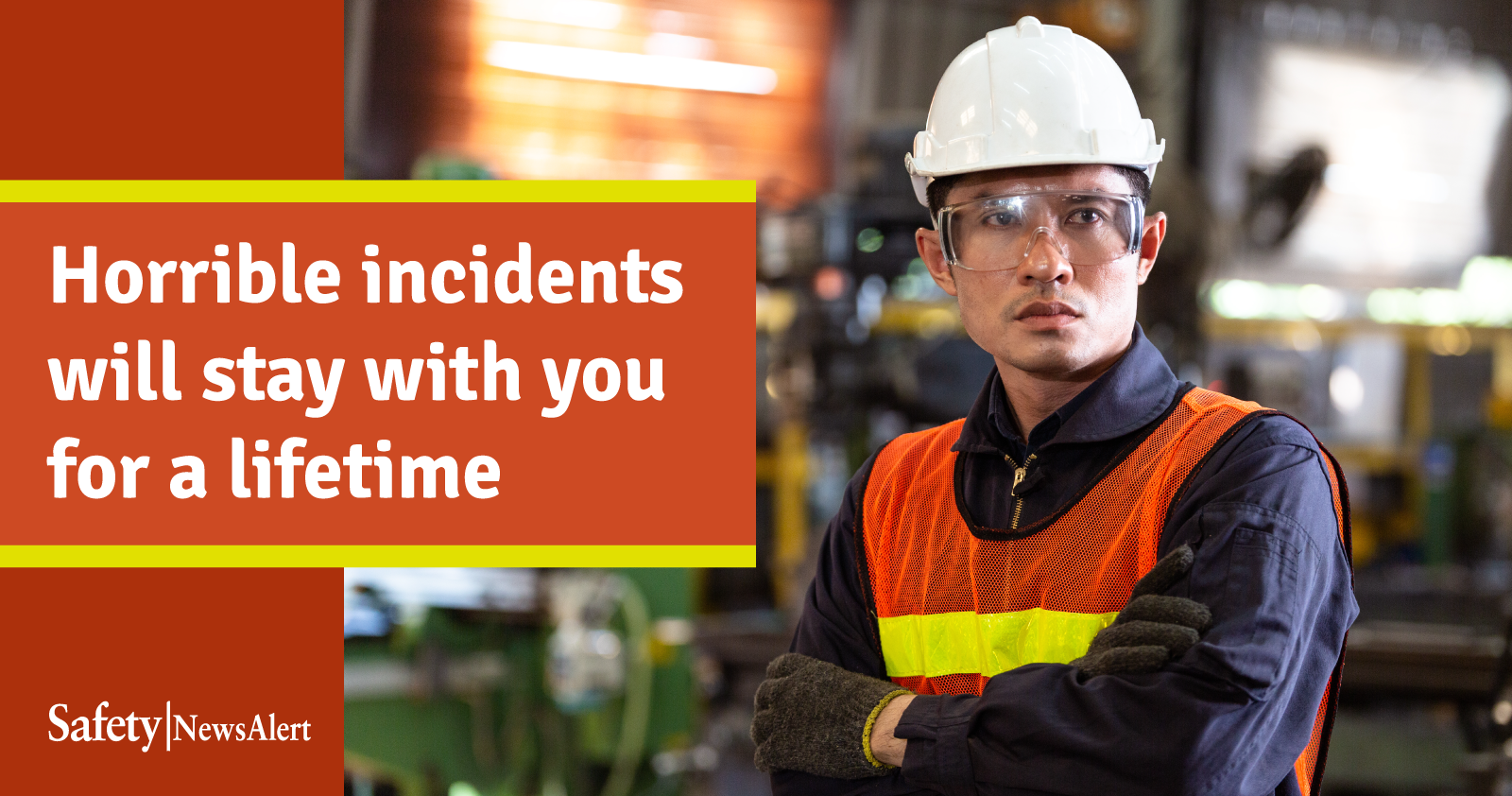 Some safety pros bear the burden of having witnessed horrible injuries or fatalities which had a serious impact on their own lives, giving new meaning to what their career choice means to the workers they’re responsible for.

Pierre Laudenberg, owner and senior auditor of San Pedro, CA-based Lift Auditors LLC, has 40 years of experience in equipment operation, maintenance and repair. Laudenberg told us about three fatalities that occurred during the span of his career that continue to drive his passion for safety:

Early in my career, I was employed by a maintenance company whose owner also owned a massive scrap facility that had a contract with the U.S. Navy to dismantle and scrap ships.

One day, I was working on a diesel engine in one part of the facility. From where I was located, I could look out across the scrapyard to where two massive cranes towered into the sky from their position along the docks.

These cranes were used to section ships apart, lift them out of the water and place them on the dock where work could continue on them, and they were also used to load ships.

While I was working emergency alarms began to sound, and when I looked up I noticed one of those cranes was no longer silhouetted against the skyline.

I went to the docks to see what happened.

One of the cranes tipped over, and I was looking at it in the water astonished at how something so large could just fall over.

An investigation revealed this old dock had a soft spot – probably a place where the crane rested and worked many times.

It was doing a maximum capacity lift at the time, and investigators estimated the dock dipped about 3 inches – that’s all it took.

That dip pushed it past its center of gravity and it was all over.

Everything shut down. Everybody was concerned about the operator. There were probably 50 or 60 people surrounding the accident site trying to see if rescuers were going to bring him out of the water alive.

Unfortunately, what we witnessed was the divers removing his body.

Shortly after this incident, I was assigned to inspect the cranes at that same facility.

I was 26 years old at the time, and I really felt that burden upon me, especially having been onsite when the accident happened.

I went through training for a few weeks on how to inspect gantry, mobile and crawler cranes.

After that, it was my task to inspect all the cranes on site, which numbered about 20.

Needless to say, but I took my job very seriously.

‘That stuff stays with you’

Years later, I was working for a small service company that was contracted by a building materials company.

I did maintenance and repairs on tractor-trailers that hauled loads of drywall.

And with drywall, you’re talking about 80,000 pounds of weight going down the freeway.

One day I got a call from the owner of my company saying that one of the tractor-trailers I worked on was involved in a crash that killed a family of five.

An investigation revealed it was the result of driver error and had nothing to do with the equipment itself.

The owner reassured me I wasn’t at fault and there were no lawsuits against us – the operator was driving too fast on a wet roadway – but ultimately, what I heard was the vehicle I worked on killed a family of five.

That stuff stays with you.

As I worked through those emotions, and as I continued to inspect highway equipment, I made sure I thoroughly inspected every nut, bolt, spring, decal and sign of rust.

I vowed to look for and document all of it because it could kill innocent people.

A law firm was representing a small service company involved in a fatal forklift accident.

The lift was being used to lift a worker in a cage. The worker fell out of the cage and survived the fall, but the cage fell off the forks, struck and killed him.

The law firm contacted my company for an expert witness, and I was chosen to do it.

A piece of steel about the size of a thumb had broken off of this lift, which required two such pieces to operate safely.

That’s what caused this fatality – a piece of steel the size of a thumb that had broken off sometime in the past.

Even though I wasn’t directly involved in this one, it still stuck with me, and led me to get even more strict about my inspections and their proper documentation.