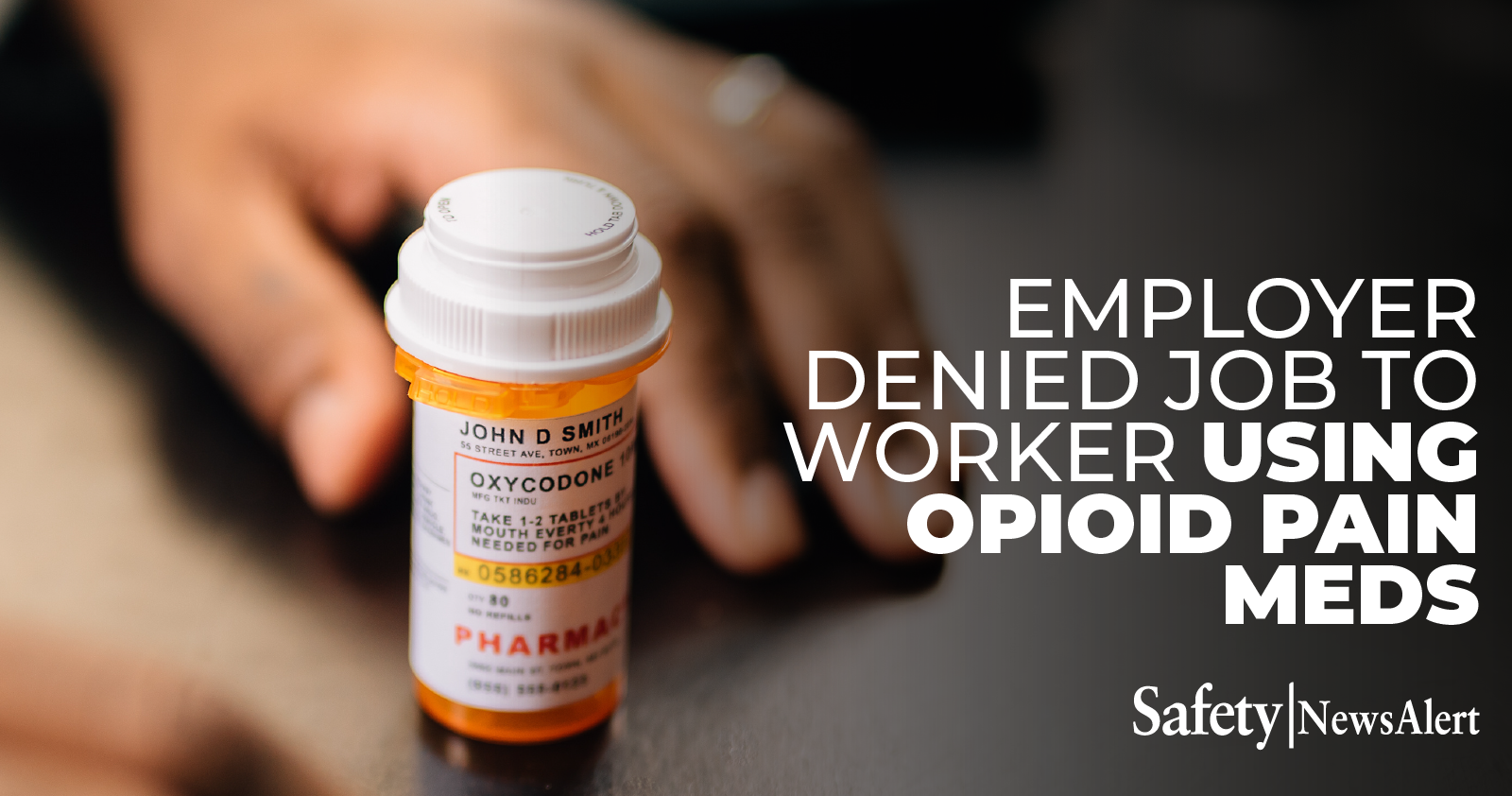 If a potential employee uses prescription drugs that could impact their own or another employee’s safety, it may seem like denying employment would be in everyone’s best interests. However, it’s not always that simple.

For example, the U.S. District Court for the Southern District of Ohio recently found it couldn’t simply dismiss a lawsuit filed by a forklift operator who was denied a job because of his prescription opioid use.

The court found there were issues of fact regarding whether the employer actively participated in the interactive process to accommodate a disability and whether the forklift operator’s opioid use made it unsafe for him to do the job.

So the court couldn’t offer summary judgment for either party, finding there were triable issues of fact that had to be resolved before the case could be decided.

He applied for a position at Graham Packaging Company as a forklift operator and told his prospective employer about his medication during the interview process.

Graham asked Hartmann to provide a doctor’s note confirming that the medication wouldn’t create safety concerns while he was performing his job duties.

Hartmann returned with notes from his doctor on three separate occasions, and he passed a pre-employment drug screening, although his test results were labeled as safety-sensitive.

Graham found each doctor’s note was too vague on the issue and declined to offer Hartmann the job based on safety concerns.

Too many questions left unanswered

In response, Hartmann sued the company under the Americans with Disabilities Act (ADA), claiming Graham discriminated against him because of his disability.

In court, Graham argued it wasn’t aware of Hartmann’s disability but was only aware of the medications he used.

However, the negative side effects of the medication were enough to constitute an impairment for the purposes of the ADA. Graham’s failure to hire Hartmann for its belief his medication would make him unable to operate a forklift safely was enough to prove he was disabled for a “regarded as” claim, according to law firm Jackson Lewis.

On the other hand, the court found there were issues of fact regarding Hartmann’s ability to perform his job duties safely since it was unclear if the company conducted an “individualized inquiry” to check Hartmann’s abilities.

With so many questions left unanswered, the court refused summary judgment for either side.