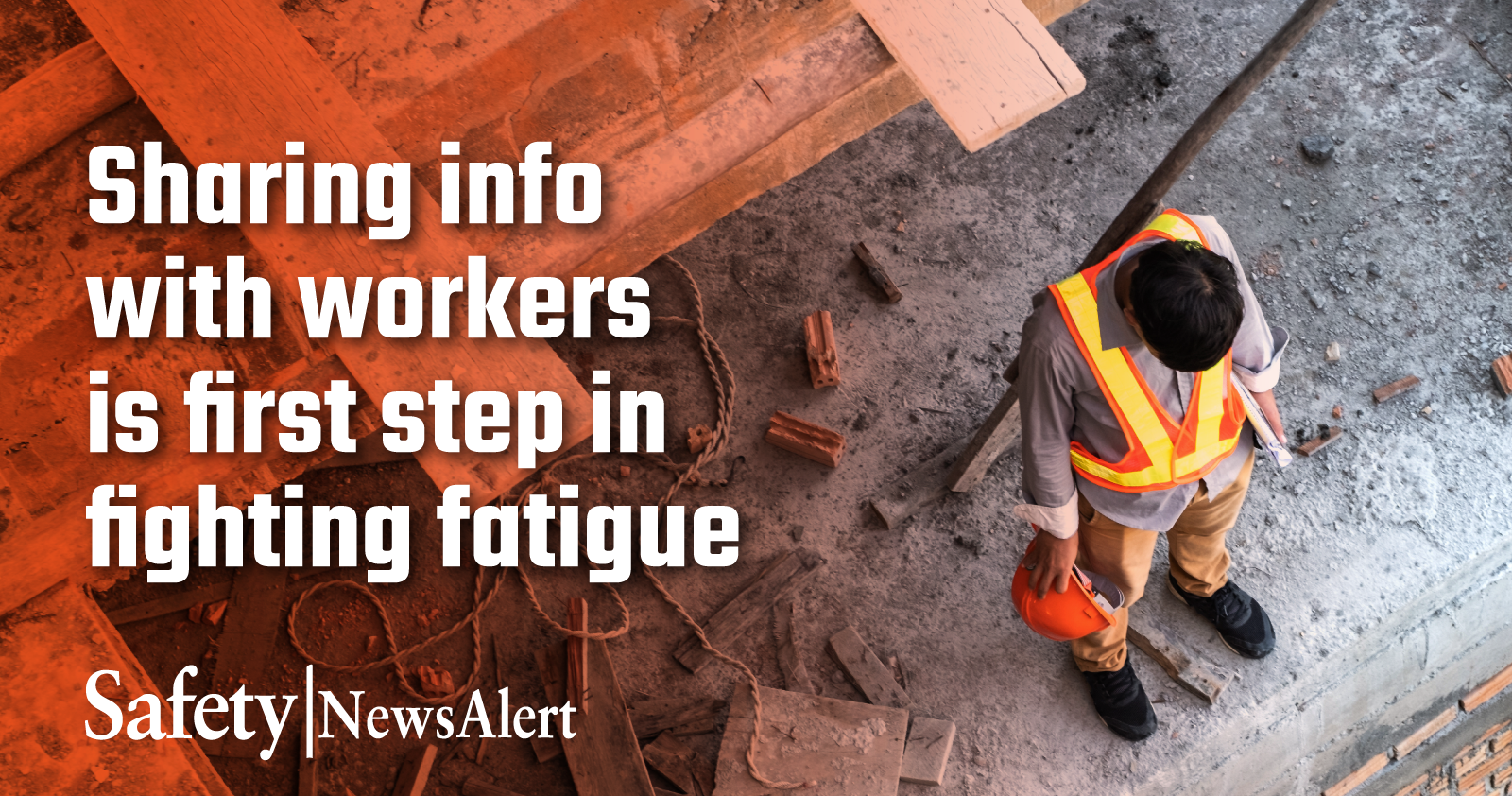 Why aren’t fatigue and lack of good sleep addressed more often as factors in workplace safety?

There are several barriers:

Workplace culture can also contribute. Are long hours or “working through” fatigue rewarded? A superperson mentality is common in a lot of industries.

And even if fatigue does affect a worker, they might not want to tell their co-workers about it.

Hands down, this “tough guy” attitude is the biggest failure we face in trying to manage fatigue in the workplace.

If you drove by a construction site and noticed a worker resting, sitting against a building with their hardhat over their eyes, what would you think?

Many would think the worker is being lazy.

What if, instead, we thought, it’s a good thing that the worker is using their break to get some needed rest?

This mentality has to change to fight fatigue in the workplace.

How do we overcome these barriers?

One way is to share information with employees on how sleep – or lack of it – affects people.

When we sleep, blood vessels in the brain shrink, allowing spinal fluid in between the vessels to clear out toxins and replenish our brain cells.

Reaching the fourth stage of sleep – REM sleep – is essential because, besides being the dream stage, that’s when memories are processed and long-term learning occurs.

It takes 90 to 120 minutes to go through the four stages of sleep. If someone is getting seven to eight hours or sleep but doesn’t feel rested, quality of sleep may be the issue.

People who work odd hours should know that due to circadian rhythms, the body’s 24-hour cycle, if you’re working at 2 a.m., you’re at a disadvantage. During off hours, neurotransmitters convey information more slowly. People can work during odd hours, but they’re impaired and need to recognize that.

Naps can be a good way to fight fatigue, but there are ways to maximize their effectiveness.

Timing is everything when it comes to naps.

A nap should be either under 30 minutes or over 90 minutes.

Reason: If it’s under 30 minutes, the person will awake during stage one or two sleep and feel refreshed.

If it’s over 90 minutes, they’ll gain the benefits of REM (stage 4) sleep.

What you don’t want to do is nap between 30 and 90 minutes. That will mean waking up during third stage sleep which produces a groggy feeling.

Another nap trick: Have a nappucino. Grab a caffeinated beverage and drink it quickly. Then set an alarm for a 20-minutes nap.

Caffeine takes about 20 minutes to kick in. So after you’re done napping, the caffeine will do its work.

(Based on a presentation by Susan Sawatzky, Director, In-Scope Solutions, Calgary, Alberta, at the ASSP’s September 2021 conference)