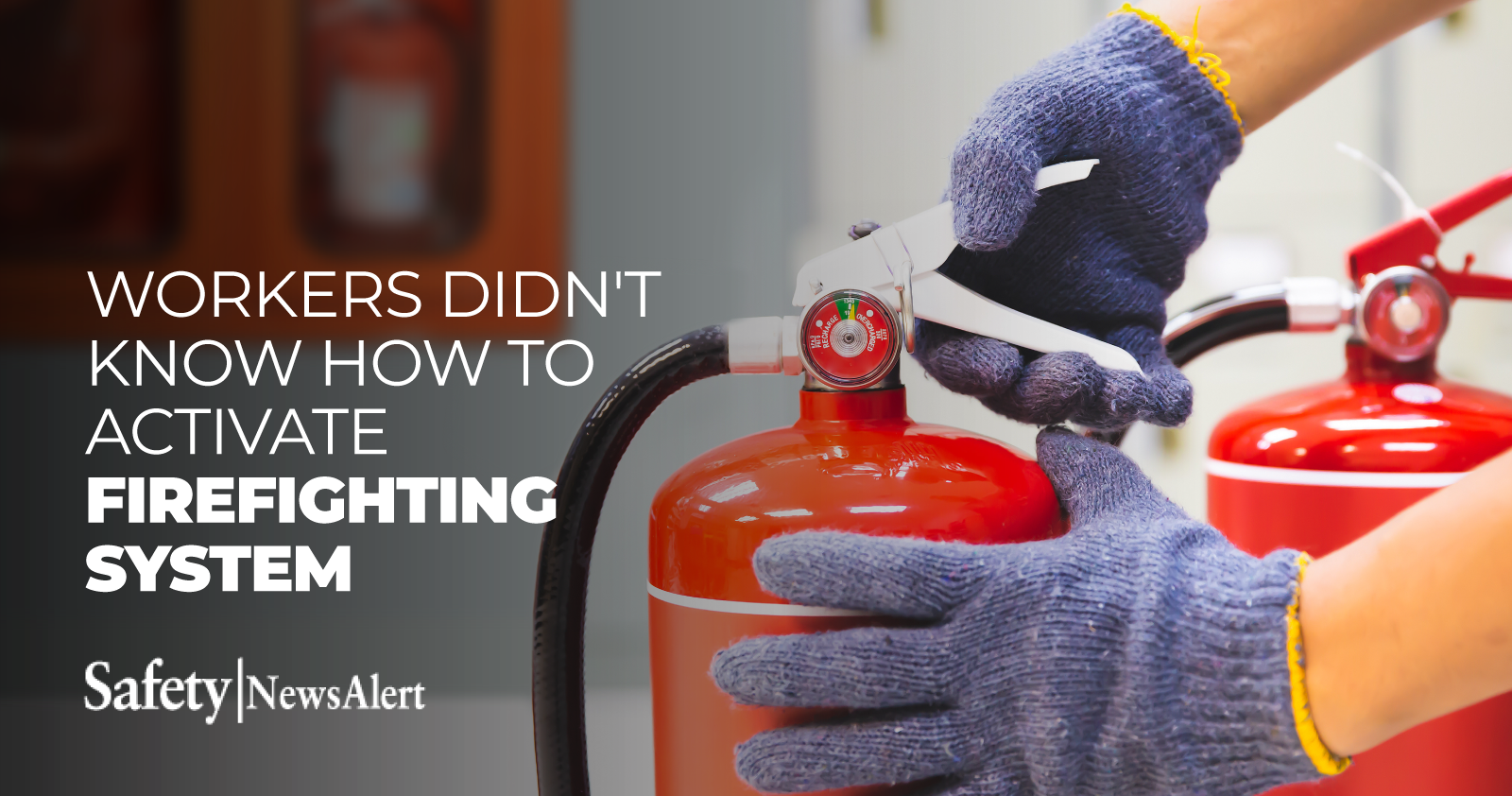 An engine fire on a towing vessel was made worse when the ship’s crew failed to successfully activate the fixed fire-extinguishing system due to a lack of training.

There were no injuries, but the vessel suffered $1.8 million in damages, the National Transportation Safety Board (NTSB) stated in an Oct. 13, 2022, investigation report.

The towing vessel Captain Kirby Dupuis was pushing loaded dry cargo barges on the Ohio River near Belleview, Kentucky, on Nov. 9, 2021, when a fire broke out on its portside engine.

The Captain Kirby Dupuis was outfitted with a manually activated fixed fire-extinguishing system to protect its engine room using a fire-protection fluid that would flood the room and extinguish a fire rapidly by removing heat after discharging through fixed nozzles as a gas.

The fluid was stored in cylinders pressurized by nitrogen. These cylinders were located forward of the engine room and could be activated manually or remotely. Two remote pull levers were located in the passageway on the main deck. One lever was labelled “cylinder release” and the other was labeled “valve release.” Both levers had to be extended into the open position for proper operation of the system.

The system was equipped with a nitrogen-powered siren to alert personnel, pressure switches to shut down ventilation fans and the main engines, and a 60-second time delay to allow for evacuation of the room before the suppression fluid was released.

The two crew members went to the levers to activate the system. They thought both pull levers were pulled properly, but one lever hadn’t been fully extended, so the fixed fire-extinguishing system didn’t activate. The fire was eventually extinguished by local firefighters.

NTSB investigators found the probable cause of the fire was a lube oil tube that vibrated out of a joint due to a missing retaining ring and mounting bracket. This caused pressurized oil to spray out and make contact with the hot exhaust surface and ignite.

When investigators inspected the fixed fire-extinguishing system, they found one valve release remote pull lever was opened correctly, as per the written instructions by each valve. However, the other lever wasn’t fully extended so it didn’t allow the nitrogen cylinders to activate.

The gauges on the nitrogen and suppression fluid cylinders indicated they were fully charged. Fire suppression technicians inspected and tested the system and determined it would have operated as designed, if the second lever had been fully extended.

40 drills conducted, no training on system

From January 2021 to the date of the fire, there were more than 40 documented drills and safety meetings held for the crew of the Captain Kirby Dupuis. These drills and meetings consisted of simulated fires in various locations of the vessel, oil spills, collisions, abandoning the vessel and person overboard retrieval.

The operating company, Florida Marine Transporters, had a safety management system that included vessel safety orientation for new crew members, a training matrix and procedures for responding to fires on board.

Failure to activate contributed to severity

The NTSB investigation report states that the crew’s failure to successfully activate the fixed fire-extinguishing system contributed to the severity of the fire. Upon activation, the system would have put out the fire with a suppression fluid that was meant to evaporate without damaging the engine. This would have greatly reduced the cost of damages.

During interviews, investigators found the two crew members who fought the fire didn’t have a confident understanding of how to operate the system, which if activated correctly, would have shut down the engines and ventilation fans before a complete release of both cylinders of suppression fluid into the engine room and may have quickly extinguished the fire.

This NTSB recommendation can be applied broadly to fire emergency procedures in many industries, from warehouses to manufacturing facilities. Employees who act as in-house emergency responders should be thoroughly trained on any firefighting equipment they’re expected to use, including portable fire extinguishers and fixed systems. They also need to be confident in firefighting procedures, including how to isolate a fire and how to properly evacuate the building.

This can be achieved through scenario-based training and periodic re-evaluation of the safety program to ensure all procedures and equipment training are adequately covered.