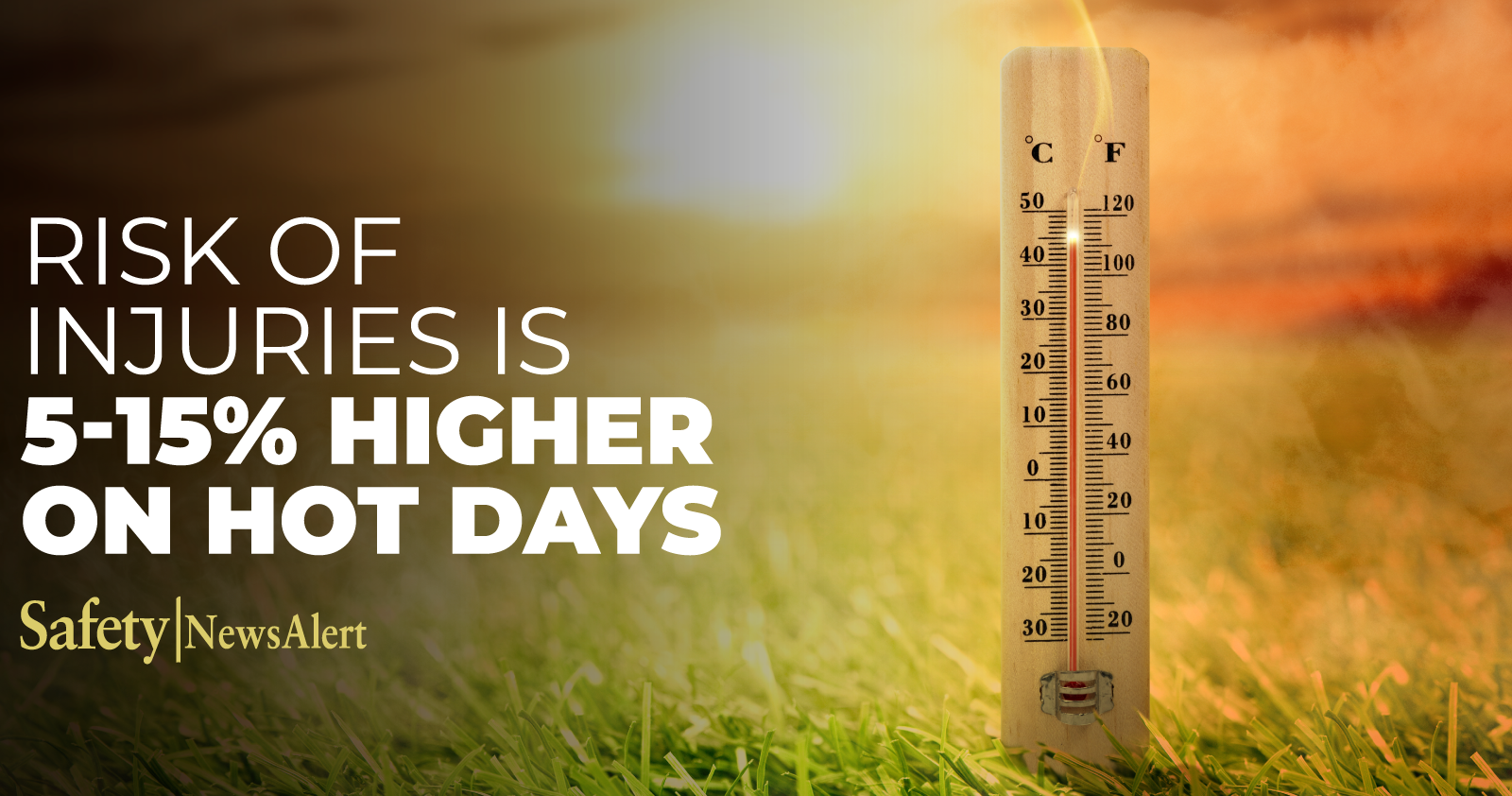 High temperatures cause a great deal more workplace injuries than data from workers’ compensation claims and other official records show, according to the research.

Official data reflected an average of 850 injuries per year classified as related to extreme heat.

This comes to about 19 times the annual number of heat-related workplace injuries recorded in workers’ compensation data, the report states.

Regs help, but just a little

The researchers also found regulations to protect workers from extreme heat hazards do help bring the injury rate down, but not drastically.

Data showed the link between extreme heat and workplace injuries in California weakened after 2005, which is the same year the state began requiring employers to protect workers from heat hazards.

However, this link didn’t disappear following the state mandate; it decreased by about one-third.

The working paper with these findings is set to be made public July 19.

In making the connection between extreme heat and work-related injuries, researchers analyzed California workers’ compensation injury reports from 2001 to 2018 to build a database of more than 11 million injuries that included the date and location of each injury.

R. Jisung Park, a professor of public policy at the University of California, Los Angeles, and the co-authors of the report, Nora Pankratz and A. Patrick Behrer, then combined the workers’ comp data with temperature highs for each date and location.

This allowed them to see if the number of injuries increased on days with higher temperatures along with how much it increased.