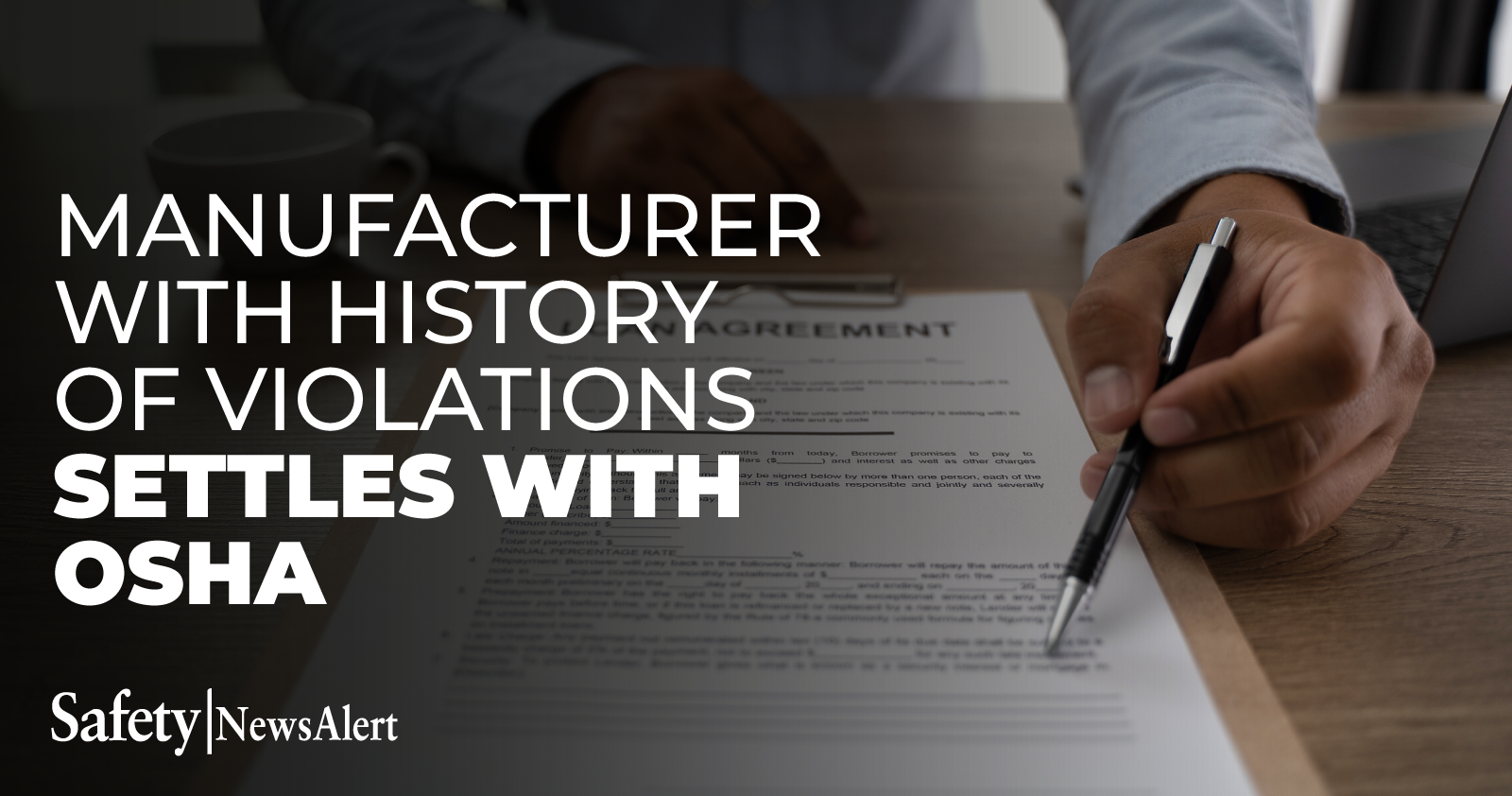 A New Jersey aluminum products manufacturer entered into a settlement agreement with OSHA Jan. 4, affirming a $1 million fine and accepting 15 repeat and 55 serious violations stemming from a series of injuries at its Delair, NJ, plant.

Those measures include developing a comprehensive safety and health plan, adding more employee training and retaining a full-time safety professional with experience in lockout/tagout and confined space compliance, according to a Department of Labor news release.

The company has a long history of noncompliance with the current settlement agreement coming after it was fined $1.9 million in 2017 after OSHA’s eighth visit to the Delair facility since 2011.

In those intervening years, the agency cited Aluminum Shapes for 60 violations with fines totaling $516,753.

During the 2017 inspection, OSHA learned that two employees were hospitalized after two separate incidents at the facility, which led to chemical burns and broken bones.

The first incident occurred when workers entered a tank to drain residual sludge containing sodium hydroxide, aluminum oxide and decomposed metal. They reported to their supervisors that they were experiencing burns to their skin from the chemicals, and they were directed to re-enter the tank.

This led to one worker being hospitalized.

In the second incident, a machine operator suffered a broken pelvis after being caught between the unguarded moving parts of a metal fabrication machine.

The company challenged the violations stemming from these incidents – leading to the current settlement agreement – which included failure to:

Following the 2017 fine, the company announced 51 layoffs, which amounted to about 13% of its staff.

Aluminum Shapes said in a statement at the time that the “onerous” OSHA fine forced it to “undue the growth” in employees made between 2015 and early 2017, in which it added more than 100 workers to its staff.

The statement also said the company cared deeply about employee safety and had invested “time and money toward safer production processes and equipment.”