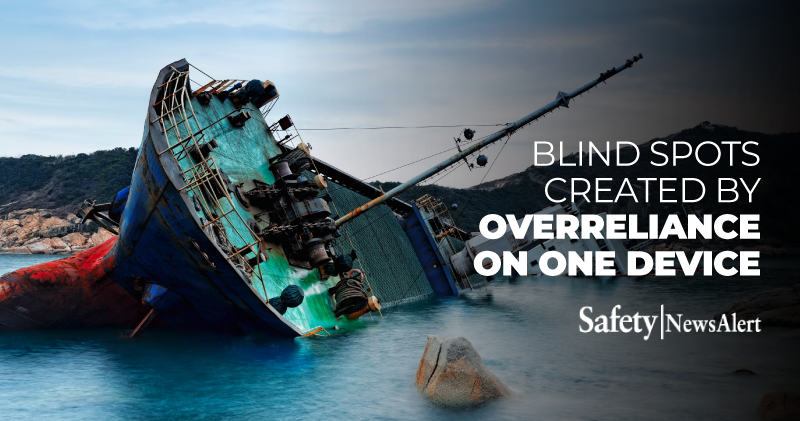 Technology can be used to make a workplace safer, but relying on it too much could have the opposite effect.

An Aug. 9, 2022, investigation report by the National Transportation Safety Board (NTSB) is a perfect illustration of that fact as it explores how a ship crew’s overreliance on electronic information systems led to a collision between the ship and an out-of-service oil and gas production platform.

Failed to notice hazard despite seeing it

On Jan. 7, 2021, the bulk carrier Ocean Princess and its 24-person crew struck the out-of-service oil and gas production platform SP-83A while operating in the Gulf of Mexico, 24 miles south of Pilottown, Louisiana. There were no injuries and damages were estimated at $1.5 million.

Investigators found the probable cause of the incident was poor bridge resource management, resulting in the bridge team failing to identify the platform and recognize the risk it posed despite seeing its lights 10 minutes before the incident occurred.

Platform was on paper charts, not electronic display

Bridge teams should use all available resources – paper charts, electronic charts, radar and visual cues – to conduct safe navigation, the NTSB states. Using all of these resources increases the team’s collective situational awareness.

Overreliance on a single data source should be avoided when identifying hazards because it can cause blind spots, just as it did for the bridge team of the Ocean Princess.

This can apply to just about any technology in any industry, as overreliance can lead workers and supervisors to depend too much on the tech and not enough on their own senses or the other resources they may have available. And that can lead to blind spots.

“Increasing operator vigilance and combatting overreliance requires healthy skepticism about situations and information sources regardless of how accurate they could be, or how confident one is in their own assessment,” the NTSB states in the report.

This doesn’t mean technology shouldn’t be used or that it’s detrimental in any way, just that it should be used with other resources to ensure safer results.