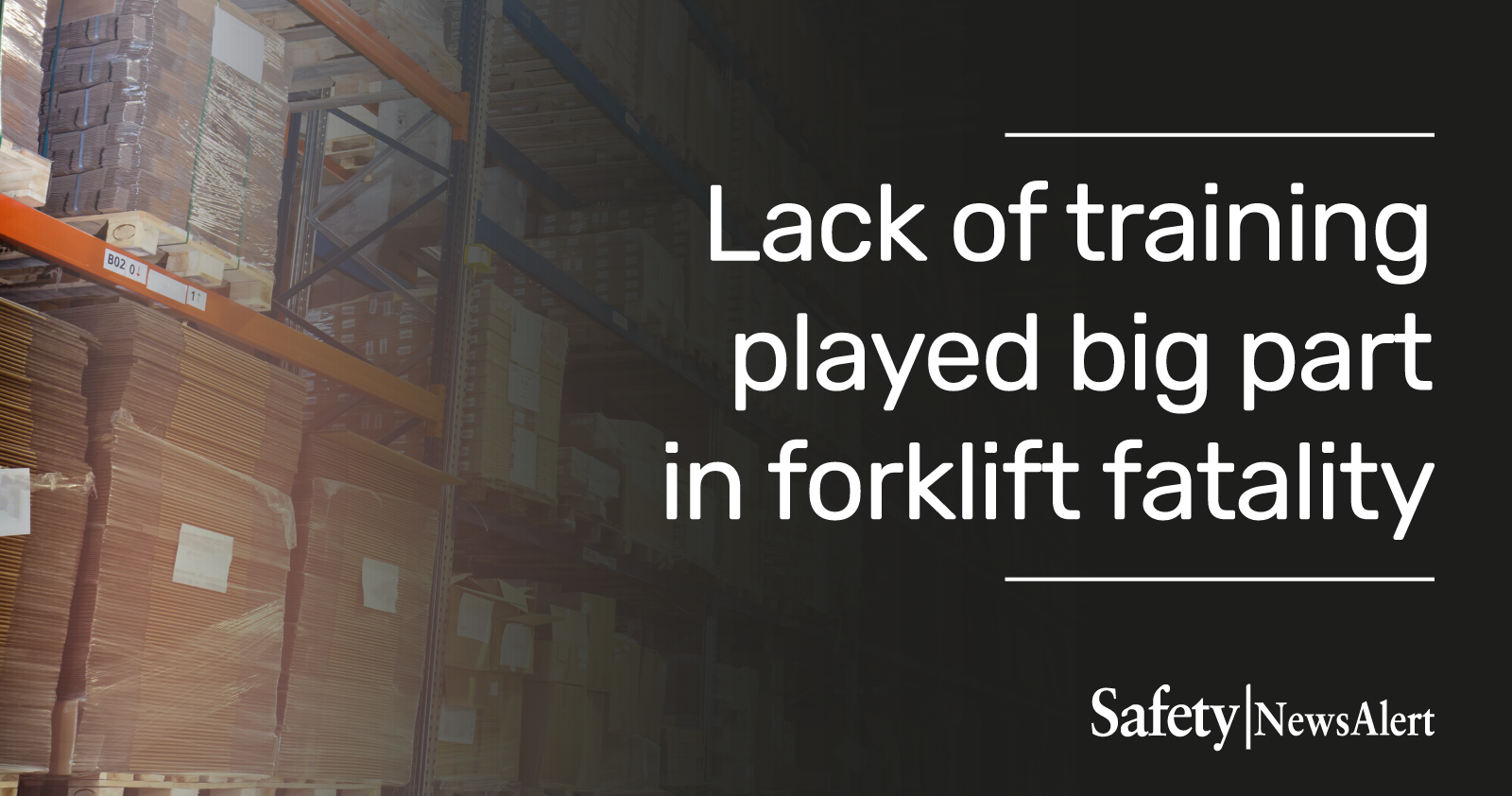 We got word about a fatality at a warehouse. A 22-year-old temporary worker who was operating a forklift was crushed between two forklifts.

The employee who was killed was picking parts from racks. The operator of the other forklift was working at the third shelf of a rack near the other employee.

The employees stand on platforms and are required to wear fall protection.

The center of balance of the forklift being used by the employee who was crushed was disrupted.

It wasn’t immediately obvious what made the forklift go off balance.

The weight of the parts being picked was insignificant. The maximum capacity of the forklifts weren’t exceeded.

There was some damage to the forklift’s bumper but nothing extreme.

Through interviews with employees, I found a third truck was in the aisle. The third powered industrial truck was replenishing racks.

The picker forklifts were wire-guided. The replenishment forklift wasn’t. It was free to enter aisles without restrictions.

The operator of the replenishment truck said he was having to tell pickers not to drive up to him while he was in the aisle.

This information led to determining the cause of the incident.

The one operator’s picker forklift was accidentally lifted from behind by the replenisher.

When the one employee became pinned between the two picker forklifts, the other employee panicked and lowered his truck so he could jump off. That’s when the first worker was crushed to death.

Training and experience were factors. The employee who was killed was a temp. The employee who panicked wasn’t properly certified. The operator of the replenishment forklift hadn’t received refresher training from his employer.

We issued four fines – three serious and one other-than serious. The citations involved:

The fines totaled $27,000. The case was settled with all four citations upheld.

To abate the violations, the company made sure replenishment trucks were no longer allowed to enter the same aisles where picking was happening.

The OSHA Days Away Restricted and Transferred (DART) injury rate for warehousing is twice the national average.

Days Away From Work (DAFW) cases have been rising in warehousing since 2015.

Powered industrial truck violations are the most common citations in the warehousing industry over the last three years.

OSHA has placed emphasis programs for powered industrial trucks in Regions 1, 5, 7 and 10, and for warehousing in Regions 2 and 10.

And here’s a reminder: Both employers and staffing agencies can be held responsible for compliance in situations involving temporary workers.