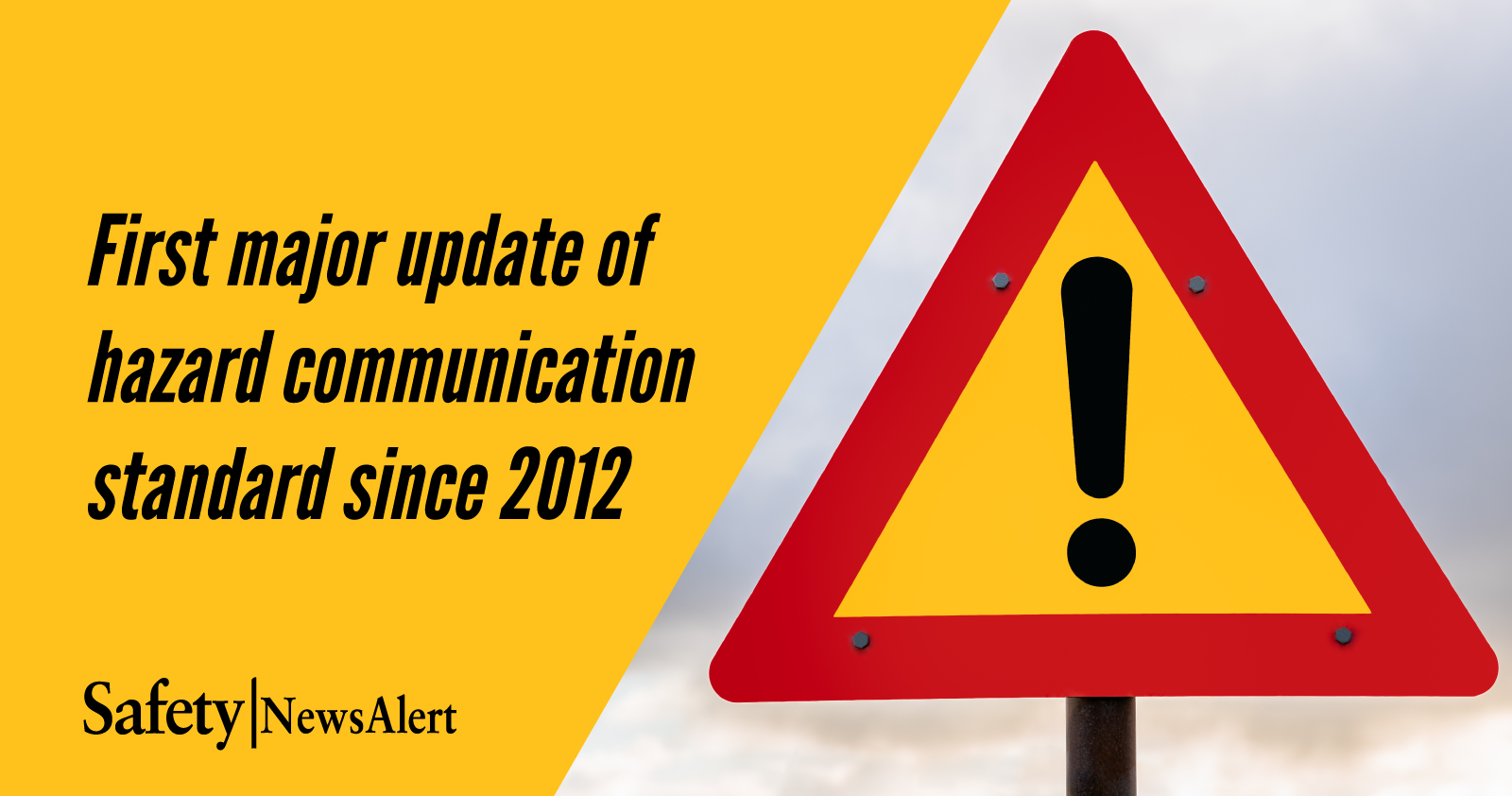 At the request of stakeholders, OSHA has extended the comment period on its proposed Hazard Communication Standard (HCS) update. Here’s what you need to know, direct from three OSHA staffers.

This update was presented by Janet Carter and Deana Holmes, both health scientists, and Jennifer Lawless, an industrial hygienist, all with OSHA’s Standards Directorate, at the Voluntary Protection Programs Participants’ Association’s “Next Level Safety” virtual conference.

Carter said there’s also been a request for hearings. If they’re held, they’ll be announced via the Federal Register. If a hearing is held, the comment period will be extended again.

The final rule will be based on feedback received via the comments, according to Carter.

She said the framework of HCS will remain the same. Updates will occur to things like definitions, Safety Data Sheets (SDSs) and hazard classes.

The update will align OSHA’s HCS with Revision 7 of the Globally Harmonized System of Classification and Labeling of Chemicals (GHS).

Carter says HCS is a living document, with revisions based on feedback from stakeholders and advancements in science.

Now, here are some of the nitty gritty details.

In the alignment of HCS with GHS Revision 7:

Holmes noted some labeling changes are a result of stakeholder comments after OSHA’s most recent HCS revision in 2012.

Labeling changes will address relabeling chemicals already released for shipment and what has to be on smaller labels.

Some changes also involve alignment with Department of Transportation and EPA requirements.

Carter says it’s equally important to let OSHA know about that, as it is to speak up about any concerns.

You can submit comments here.

You can read the proposal here.