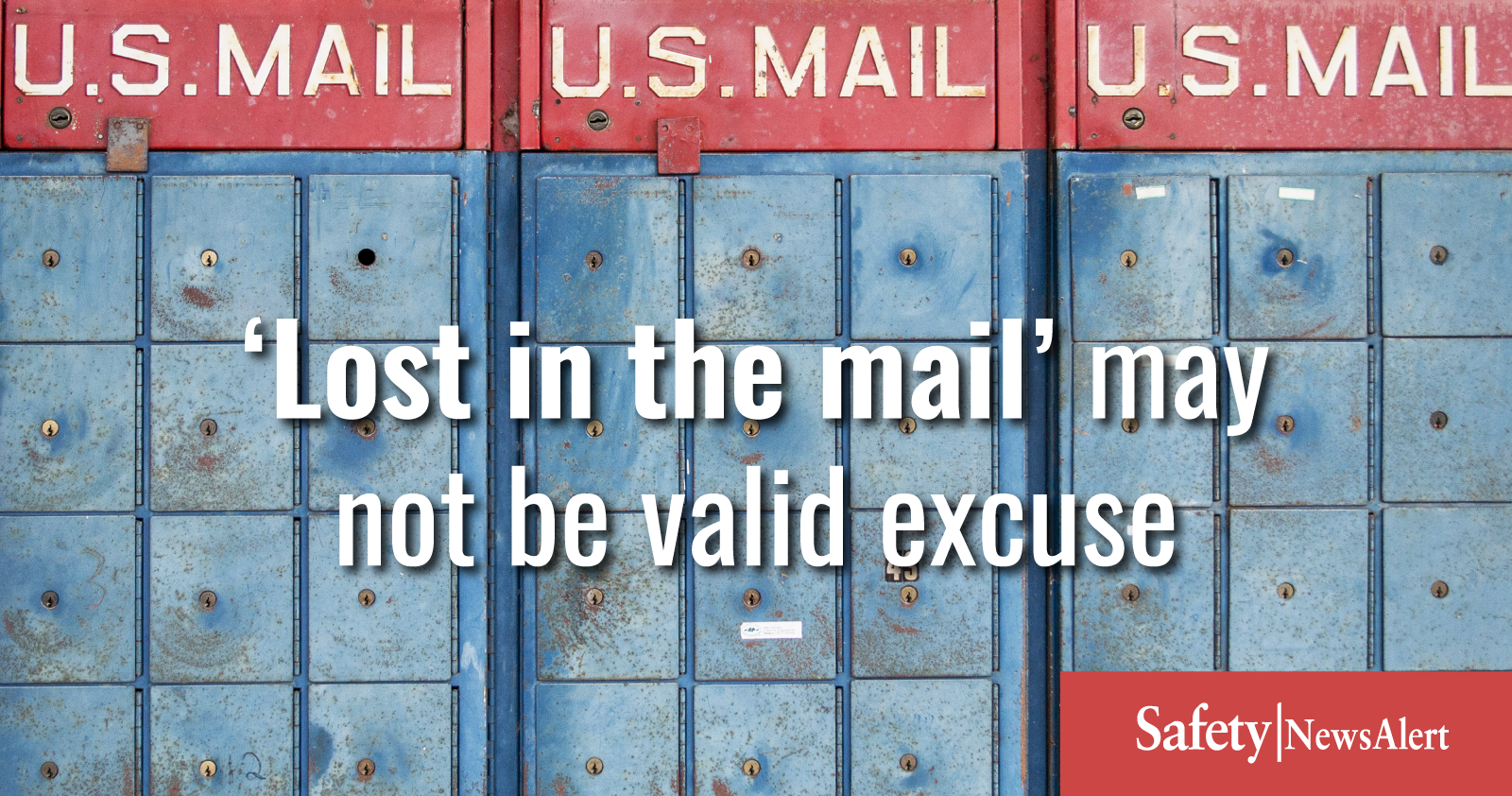 Did OSHA pay you a visit? Are you expecting some citations? Here’s an example of why it’s very important to watch the U.S. mail for your Notice of Violations (NOV) from OSHA.

Federal OSHA gives employers 15 business days from receipt of its citations and penalties to abate the violations, request an informal conference or contest them. Some state-plan states give employers 20 days.

Here’s an example of how important those 15 or 20 days can be.

OSHA visited an employer in Tennessee in December 2019.

The first attempt to deliver an NOV to the employer was on May 30, right at the six-month limit for OSHA to do so.

May 30, 2020, was a Saturday and the business was closed. The U.S. Postal Service didn’t leave anything to say they tried to deliver the NOV.

The second delivery attempt was on June 22, which was a Monday, but it was after 5 p.m. and the business was closed.

The third attempt was on July 3. Since July 4 was a Saturday, the business was closed on July 3 for the Independence Day holiday.

The fourth delivery attempt on July 10 was successful.

However, by that time, it was already weeks beyond their original abatement date, June 22.

By July 10, the company had already been assessed a late fee, and they were denied an informal conference with OSHA because they were outside of the 20 days from their abatement date.

We contacted Tennessee OSHA, and they said the employer was avoiding the mail so they wouldn’t receive their citation. TN OSHA said there was nothing they could do.

Without the informal conference available, the company wasn’t able to plead its case to OSHA.

If this had been a case with a high penalty – above $100,000 – we’d probably advise the company to get a lawyer involved and take some action.

Fortunately for this employer, the penalty amount was very low, so it made sense to just pay the fine instead of paying for a lawyer.

Federal and state OSHAs take the 15- or 20-day period for responding to the NOV very seriously. They don’t give you any wiggle room.

So, if you receive a visit from OSHA and are expecting fines, please alert your office staff to be on the lookout for the NOV in the mail. Responding to it promptly can make a big difference.