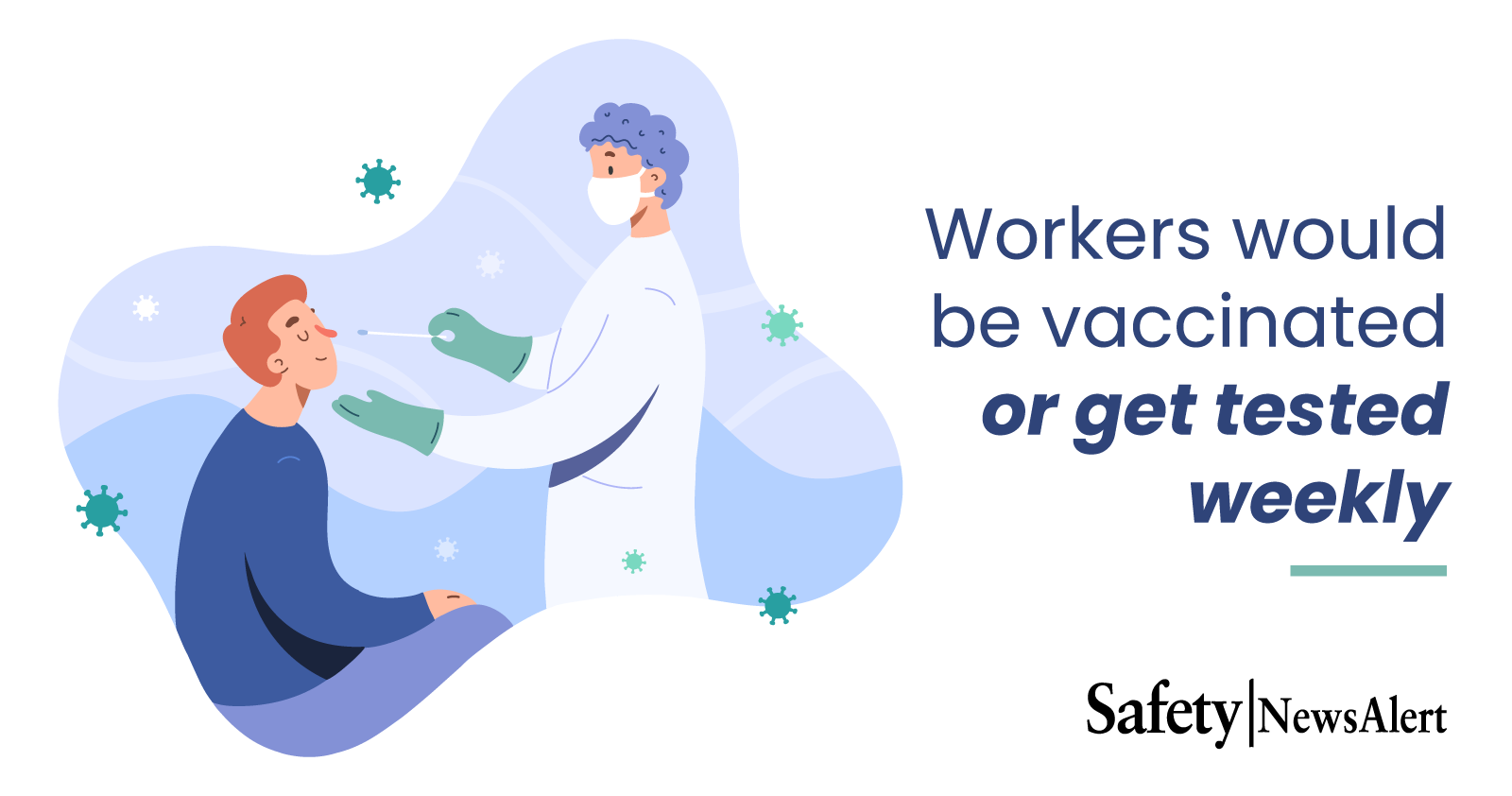 OSHA has been directed by President Biden to develop a new rule requiring all employers with 100 or more employees to ensure their workers are either fully vaccinated against COVID-19 or getting tested weekly before coming to work.

The directive is part of President Biden’s new plan to combat the coronavirus, which is still raging across the U.S. in the form of the Delta variant.

OSHA would issue a new emergency temporary standard (ETS) to implement the requirement, which would impact more than 80 million workers in private sector businesses, according to the White House’s “Path out of the pandemic” action plan.

In a speech Sept. 9, President Biden pointed out that the “unvaccinated minority ‘can cause a lot of damage, and they are,'” the Associated Press states.

Critics of this part of the plan point to the certainty that there will be legal challenges ahead for this ETS.

Some experts feel the president already had the legal authority to impose vaccine requirements on private employers through OSHA, according to The New York Times.

Robert I. Field, a Drexel University law professor, told the Times OSHA had the authority to protect workers by requiring vaccinations.

Another part of the president’s plan involves a vaccine mandate for all federal workers and contractors.

This applies to any new contracts, solicitations, extensions, renewals and exercises of an option for an existing agreement.

Guidance on this order is expected to be released sometime by Sept. 24.

Other workplace elements of the plan include: