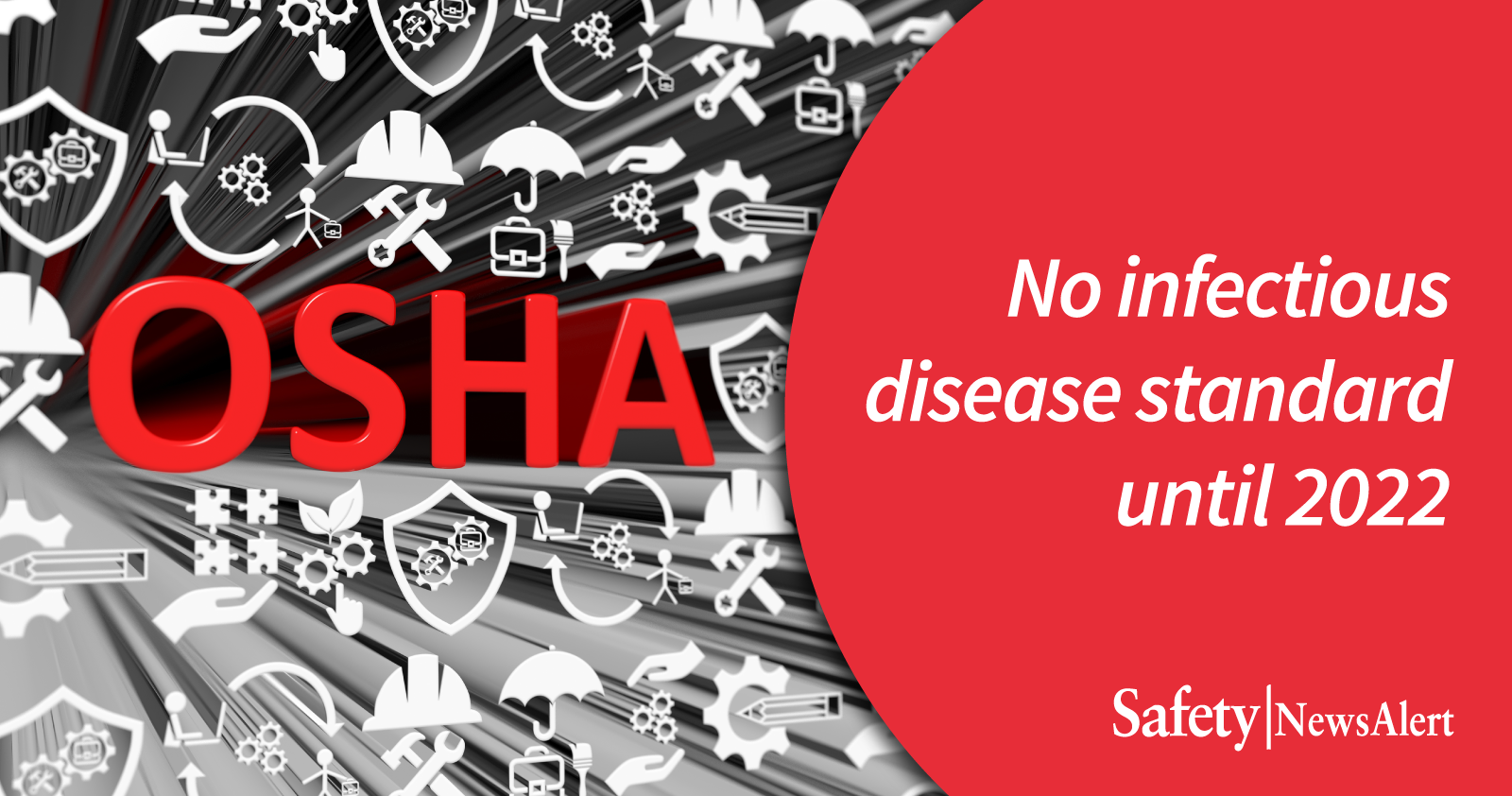 OSHA’s COVID-19 emergency temporary standard (ETS) is set to expire Dec. 21, 2021, and an agency official recently said that an extension of the ETS isn’t planned and a permanent infectious disease standard isn’t coming this year.

The ETS could only remain in effect for six months without OSHA superseding it with a permanent standard, which is in the works, but apparently not close to being adopted.

Andy Levinson, OSHA’s Deputy Director of the agency’s Directorate of Standards and Guidance, told the participants of an Aug. 31 healthcare symposium that the COVID ETS would not be extended and the “infectious disease standard wouldn’t be forthcoming this year or next,” according to The National Law Review.

That doesn’t mean healthcare employers can relax, however, as the Delta variant, which is highly transmissible, is still surging in the U.S. and breakthrough cases in vaccinated workers could cause OSHA to reconsider extending the ETS.

OSHA has successfully extended an ETS in the past without notice-and-comment, The National Law Review states, and since labor unions and employee advocate groups are urging OSHA to make the ETS permanent and expand coverage to non-healthcare industries, that December sunset is still up in the air.

If the ETS does expire, keep in mind that OSHA can still issue citations under the General Duty Clause, as its use “has more than tripled during the Biden Administration.”