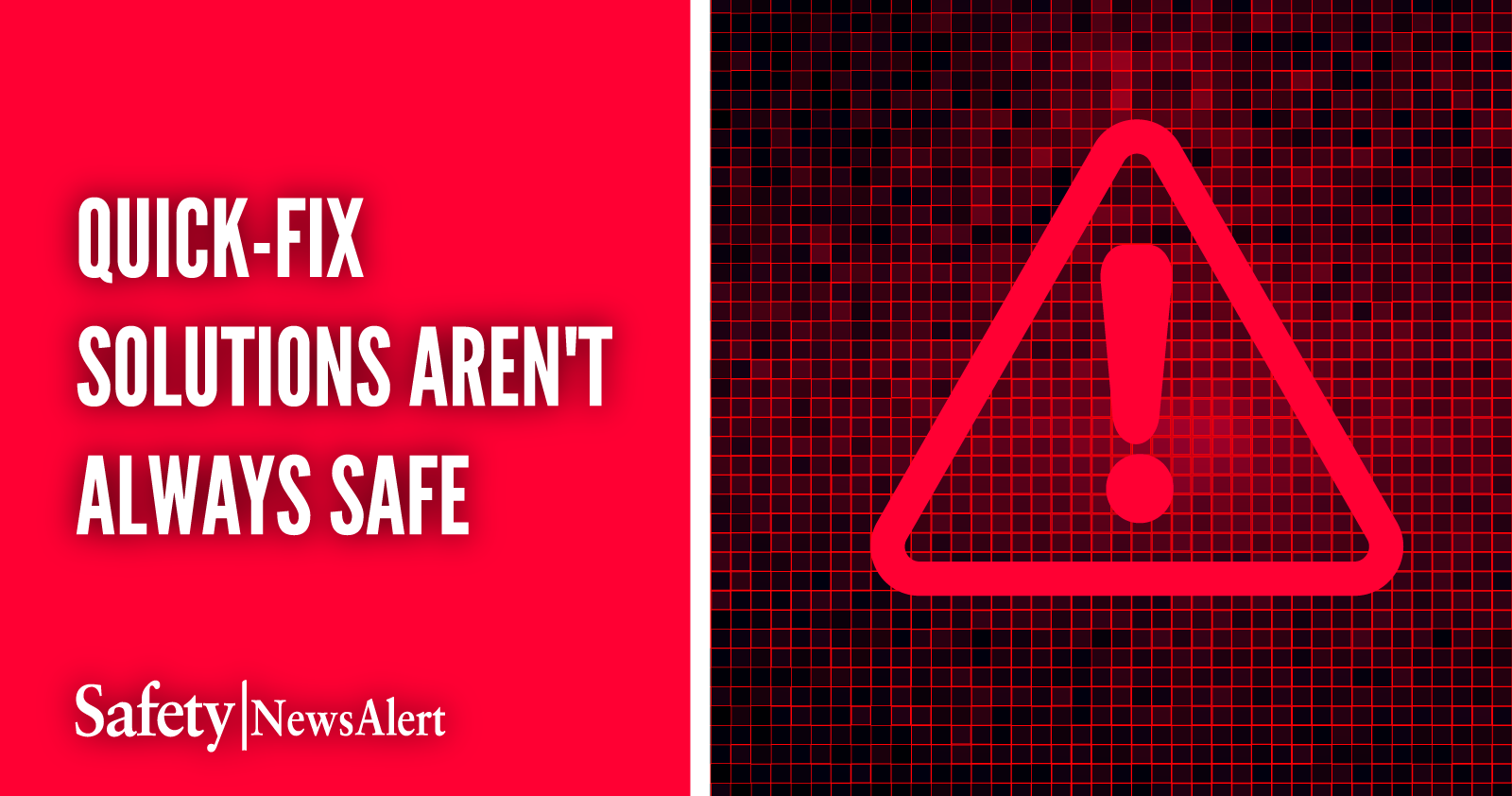 Sometimes workers and supervisors have to improvise while they’re trying to get the job done, but they should never compromise safety while doing so.

Certain job tasks can present obstacles and may require workers, supervisors and safety professionals to work together to come up with novel solutions.

But improvising on the fly and without considering every facet of working safely can lead to tragedy, as a July 26, 2021, fatal mining incident illustrates.

Michael Pittman, a 35-year-old ironworker with eight years of experience, was at the Hercules Cement LP mine in Northampton County, Pennsylvania, to perform maintenance to one of the facility’s cement coolers.

Pittman was an employee of G&R Mineral Services, which was contracted by the mine’s owner to service the cement coolers.

On the day of the incident, a G&R supervisor conducted a pre-work examination of the cement cooler area before several other employees locked out the cooler’s electrical circuit and removed the gearbox.

In order to lower the 2,500-pound gearbox 23 feet to the floor below, the crew had to unbolt and remove a section of catwalk.

To prepare for installation of a new gearbox, the G&R supervisor requested the mine operator provide a service crew to clean the top of the cement cooler.

The mine service crew noticed the large hole where the catwalk had been removed and determined it wasn’t safe to proceed without fall protection. However, there weren’t any anchors for fall protection devices installed in that area.

No fall protection, planks used instead

Instead of getting fall protection, the G&R workers were instructed to place wood planking down to cover the hole, which is what the mine crew had done as an improvised solution in the past.

Some wood planking was found near a different cement cooler and Pittman, who was preparing to go on break, placed a single plank – measuring nine inches wide, 80 inches long and one and a half inches thick – to serve as a walkway. A second plank was placed nearby, possibly intended to be placed next to the first.

After returning from their break, workers found Pittman lying face down and unresponsive on the cement floor 23 feet below where he’d been working. The plank he’d been using as a platform was found broken nearby.

He was taken to a local hospital where he died a few hours later.

No adequate wood decking in facility

Investigators with the Mine Safety and Health Administration (MSHA) learned that mine workers who previously conducted the gearbox replacement had used wooden planks as makeshift platforms for this purpose in the past.

Some of those mine workers had informed management that the practice was unsafe.

MSHA investigators evaluated the wooden planks available at the worksite and found none of them were safe to use as a work platform. In fact, they couldn’t find any adequate wooden planking or decking in the mine’s concrete plant.

Investigators found the root causes for the incident were:

The mine and the contractor both adopted policies and practices to address these root causes to prevent another such incident from occurring.

And while these root causes do accurately point out the main issues leading to the tragic incident, a case can be made that management and workers improvising a solution to the “safe access to the work area” issue also played a big role in the incident.

Quick fixes may not be safe

When an obstacle presents itself that they haven’t encountered before, they may look for a quick fix that seems like a credible solution at the time, but in hindsight proves to be unsafe.

It’s in situations like these that workers and supervisors need to take a moment and think things through: Is the solution a safe one? Will it solve the problem and at the same time still ensure everyone’s safety?

If those questions can’t be adequately answered, then a more thorough job safety analysis is required and work should be halted until a safe solution is found.