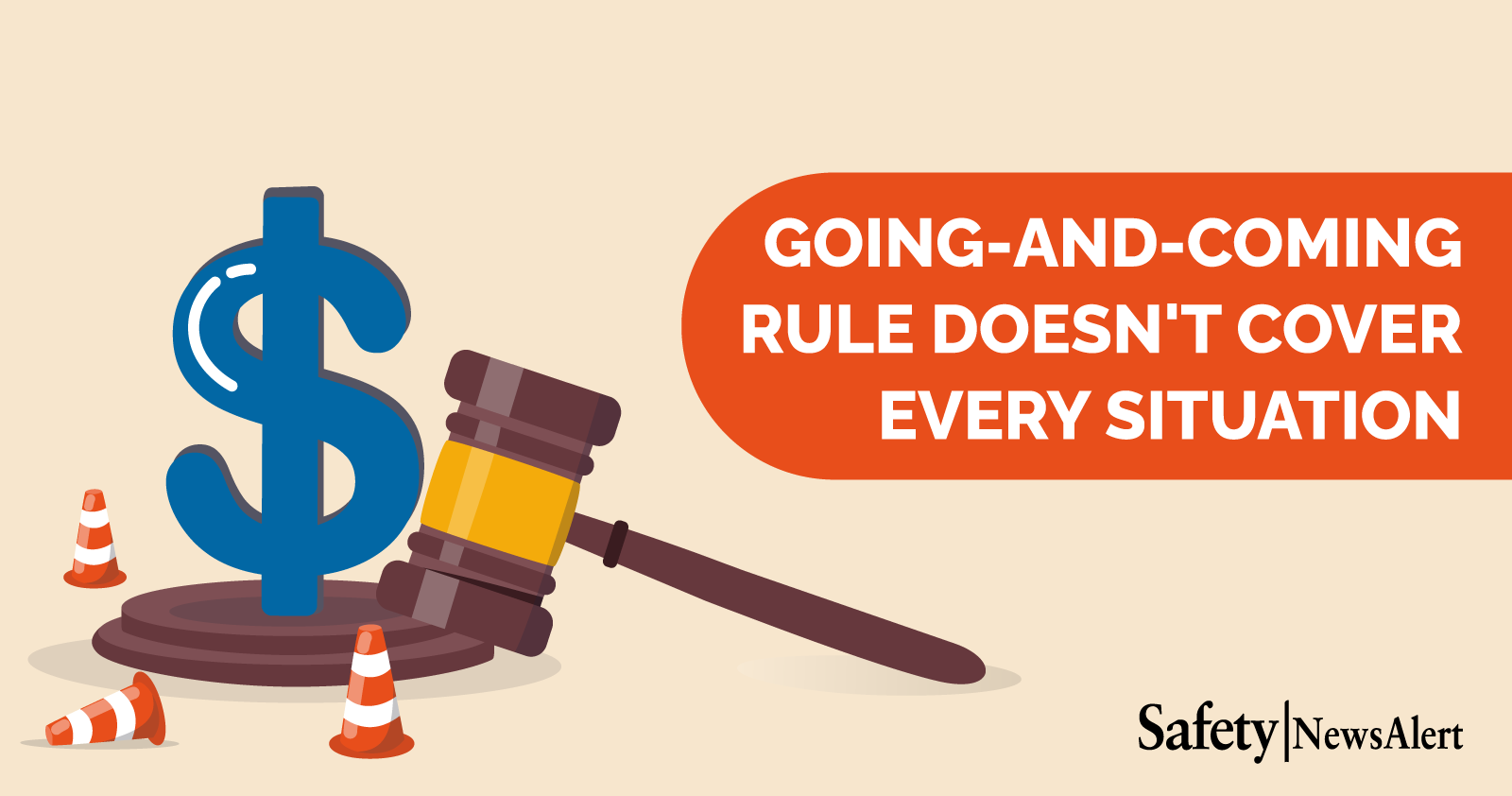 The Kentucky Supreme Court recently demonstrated the limitations of the going-and-coming rule in a ruling in favor of a worker who was injured in a crash on his way home from work.

If a worker gets hurt while traveling from home to work or from work to home, workers’ compensation typically doesn’t apply because of the going-and-coming rule, but there are some limited exceptions.

One such exception, called the traveling employee exception, applies if the worker’s job duties require travel – such as a truck driver or traveling salesperson.

Another is called the service to employer exception, which applies if the injured worker’s travel was in some way beneficial to the employer.

Both applied in the Kentucky case.

Austin Ellison was a general laborer for Dee Whitaker Concrete. He would meet other employees at the shop each morning, pick up the tools needed for the day, then travel to a worksite.

They were paid from the time they arrived at the shop until the job was finished at the end of the day, but they weren’t paid for their travel time back to the shop.

On the morning of Aug. 4, 2017, Ellison arrived at the shop before getting into a truck to travel to a worksite two hours away.

Ellison was a passenger in the vehicle. The truck, which was often used for work, was owned by the employer’s son, who was driving the vehicle.

They stopped along the way to eat lunch and fuel the vehicles then continued to the worksite despite the probability of rain in the forecast.

Ellison and his co-workers poured concrete until it began to rain too hard to continue.

Then he got into the same vehicle as before and began the journey back to the shop.

The crew intended to stop for supper along the way, but before they could pull over at a restaurant the vehicle Ellison was in left the roadway and overturned.

Ellison, who wasn’t wearing a seatbelt, was thrown from the vehicle and sustained injuries to his face, teeth, ribs, spine and lungs. Later, he underwent several procedures to remove and repair his teeth, including a bone graft, and underwent treatments to alleviate his neck and back pain.

Company: He was carpooling, so his injuries aren’t covered

On Nov. 20, 2017, Ellison filed a workers’ compensation claim for work-related injuries from the crash.

The company said Ellison was carpooling at the time of the crash, so his injuries didn’t occur during work time as per the going-and-coming rule.

An administrative law judge found that Ellison’s injuries fell within the traveling employee and service to employer exceptions to the going-and-coming rule because:

Whitaker appealed that decision with the workers’ compensation appeals board and the Kentucky Supreme Court. Both found that the judge’s decision was correct.

The state’s Supreme Court added that while Ellison’s carpooling to and from jobsites was convenient for him, it was more beneficial to Whitaker because of the nature of the work.

Having the crew start together at the same time allowed for certain tasks related to pouring concrete to be done more efficiently than if everyone showed up at separate times.

And the Supreme Court stated that the intention to stop for a meal, which never happened thanks to the crash, wasn’t enough of a deviation to fall outside of the traveling employee exception.