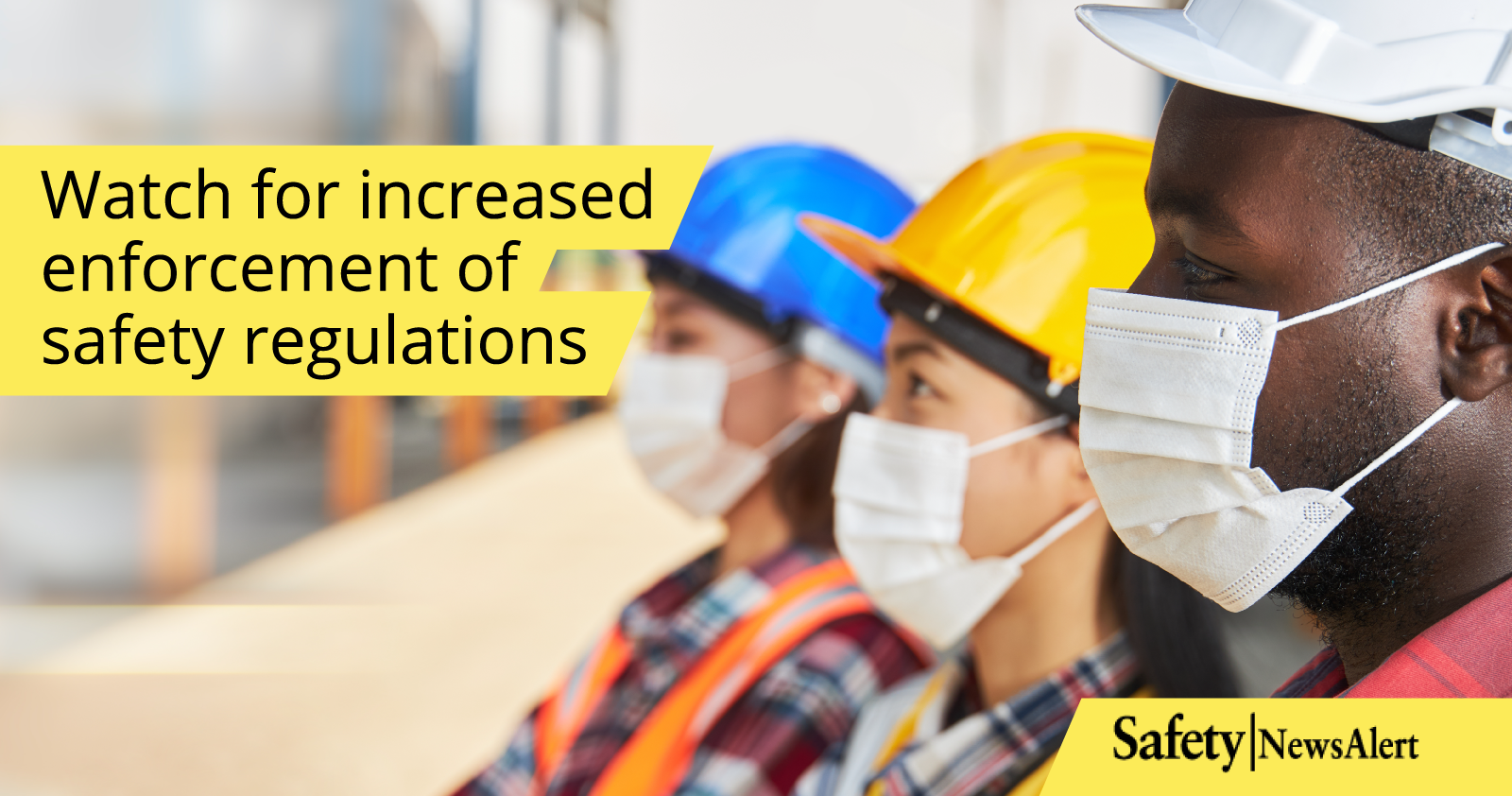 An OSHA COVID-19 emergency temporary standard — which may use Virginia’s permanent final rule for a template — for preventing transmission of the virus in the workplace is a top priority for the Biden administration. But what other goals will the agency have its eye on in the next few years?

According to Abrams, Trump Department of Labor policies that weakened enforcement of workplace safety regs, including COVID violations, are likely to be rescinded.

As a result, she said, expect an expansion of OSHA’s powers for issuing penalties that involve criminal prosecution, in conjunction with the Justice Department and EPA. “I’m certain that that’s going to be addressed within the next two years,” Abrams said.

These changes could come as a part of the Protecting America’s Workers Act, omnibus OSHA reform legislation or as a standalone criminal penalties bill. We’ll keep you posted.

Among the penalty legislative changes being talked about: an egregious willful violation involving a worker fatality that previously carried a six-month federal prison sentence could get increased in severity to a felony-level 10-year sentence.

You can also expect heightened whistleblower protection enforcement under OSH Act Section 11C (and OSHA regulation 1904.36). “They are already prosecuting cases much more aggressively,” Abrams commented. The agency has 180 days to issue a citation if a worker complains about being retaliated against for reporting a safety violation.

Multi-employer citations will continue to be a trend, especially now that the 5th Circuit Court of Appeals re-affirmed OSHA’s practices for assigning responsibility for violations.

According to Abrams, it means you can be cited if you’re:

Bottom line: a healthy safety culture, both within your organization and among the subcontractors you work with, needs to be taken seriously or there could be consequences.

Reporting injury and illness data accurately is going to be important, Abrams said, because OSHA will be examining these records closely for the purposes of potential enforcement. General industry employers required to report electronically could find themselves on the agency’s Site-Specific Targeting list if their recordkeeping’s not up to snuff.

Under the new administration, OSHA will go back to scrutinizing employer safety incentives and employee drug testing programs. Since 2018, the stance from the feds was that incentive programs where a worker reporting an injury can be deprived of a prize were acceptable as long as you had a good safety culture.

Also, under the Trump administration it was OK to drug test after someone was injured on the job as long as it was part of a root cause investigation and that other employees involved in the incident were also tested.

“Everything I’m hearing is they’re going to go back to the original Obama 2016 interpretation, with respect to drug testing and with respect to incentive programs,” said Abrams, indicating OSHA could issue citations under Section 11C/regulation 1904.36 for improper employer policy.

“Look into (your policies) sooner than later, because the 2018 rule can be rescinded without notice because it was never codified,” she said.

A new OSHA regulatory agenda looks to be finalized in March or April and may carry over some of the Trump administration’s OSHA agenda items from fall 2020. According to Abrams, it could include:

A proposed update to the Hazard Communications Standard was recently announced in the Federal Register to align it with the latest revisions to the Globally Harmonized System of Classification and Labelling of Chemicals.

Electronic comments on Docket OSHA-2019-0001 are due by April 19 via www.regulations.gov.