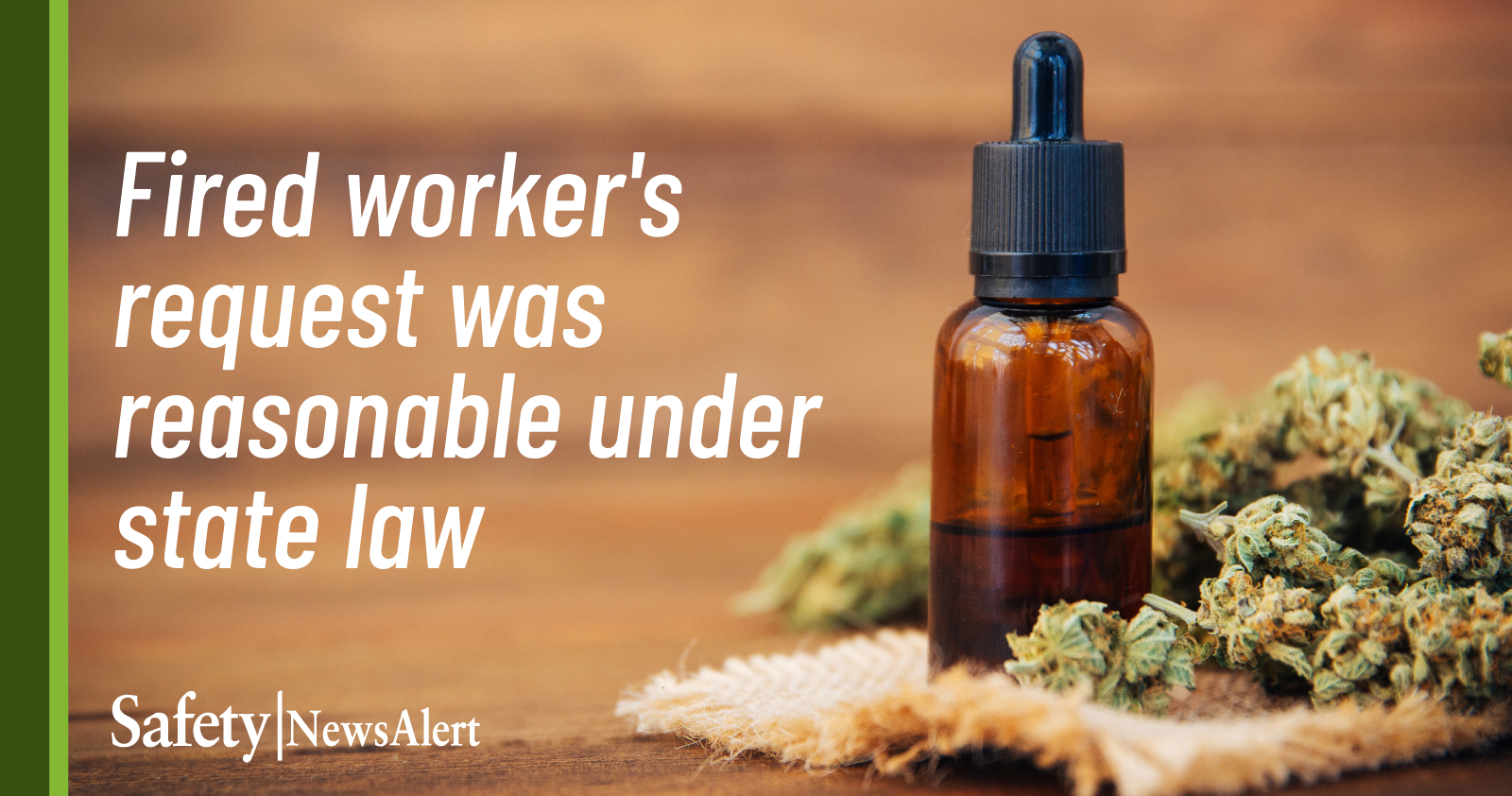 Whether an accommodation for a medical marijuana user is reasonable is a factual determination that should be decided on a case-by-case basis rather than a conclusion based on marijuana being illegal under federal law, the Supreme Court of New Hampshire said in a Jan. 14 decision.

The court reversed a lower court decision dismissing a lawsuit accusing an employer of firing a worker for requesting a reasonable accommodation for medical marijuana.

‘No intention of using or possessing’ at work

The former employee was suffering from Post-Traumatic Stress Disorder (PTSD) and his doctor recommended he use marijuana to treat the issue.

He then enrolled in the state’s medical marijuana program and submitted a written request for an exception from his employer’s drug testing policy as a reasonable accommodation for his disability.

In the written request, the employee said he had no intention of using or possessing marijuana during work hours or on the company’s premises.

His employer denied the request and later terminated him, according to Jennifer Mora of law firm Seyfarth Shaw.

The employee filed a discrimination suit against his employer for failing to make a reasonable accommodation for his disability, and the employer asked for the case to be dismissed because marijuana is illegal under federal law.

A trial court agreed with the employer and dismissed the case.

The employee argued on appeal that the trial court erred in its decision, which implies “an employer cannot be required to accommodate an employee’s use of medical marijuana to treat a disability under state law.”

The court said the status of an accommodation for medical marijuana as reasonable is something decided by the facts of each individual case, so it reversed the lower court decision.

Users protected in many states

Keep in mind that while technically this case applies only in New Hampshire, the state “joins a growing number of other jurisdictions that have found an employer might have to consider medical marijuana use as a reasonable accommodation,” according to Seyfarth Shaw.

Many states are passing laws, or courts are interpreting existing laws, to protect medical marijuana users. This is true for Arizona, Connecticut, Delaware, Massachusetts, New Jersey, New York, and Rhode Island, among others.

And Seyfarth Shaw says that list is likely to grow.

What this means is that employers should be cautious in their approach to applicants and employees who are using medical marijuana, no matter what jurisdiction they’re in.

An employer should review the current laws of its state, and if at all possible consult with employment counsel, before taking any action against a medical marijuana user.