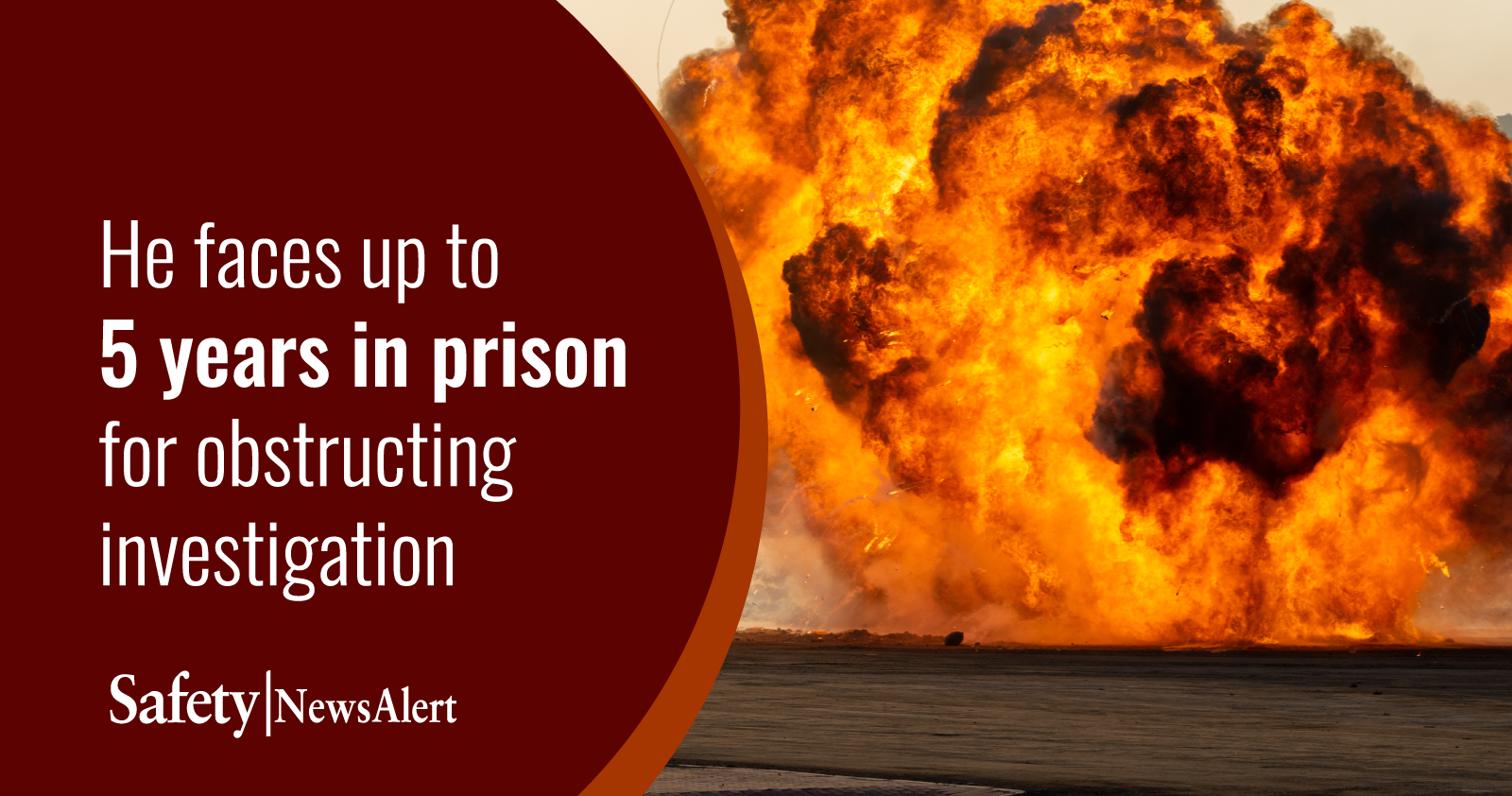 The former maintenance manager at a Williston, North Dakota, oilfield pleaded guilty March 8 to a felony charge of obstructing an OSHA investigation into a 2014 fatal explosion.

Stephan Todd Reisinger, 50, the former maintenance manager with Nabors Completion and Production Services Company (NCPS), admitted he made false statements to OSHA regarding the contents of tanker trailers during an investigation into the explosion, which killed a welder under Reisinger’s supervision.

He faces up to five years in prison.

The explosion occurred Oct. 3, 2014, when 28-year-old Dustin Payne welded on an uncleaned tanker trailer that previously carried “produced water,” a flammable liquid waste generated by oil wells, according to a Department of Justice news release.

Welding on containers that haven’t been thoroughly cleaned to remove all explosion hazards is illegal under federal law.

Reisinger told OSHA he didn’t know of the hazards and composition of produced water and falsely stated he thought it was “just water” in the tanks.

The corporate successor to NCPS, C&J Well Services, pleaded guilty to charges related to Payne’s death and was sentenced Aug. 28, 2019, to pay $2.1 million in fines and restitution.

Companies and managers are more likely to face criminal charges in safety-related cases when documents are falsified or someone lies.