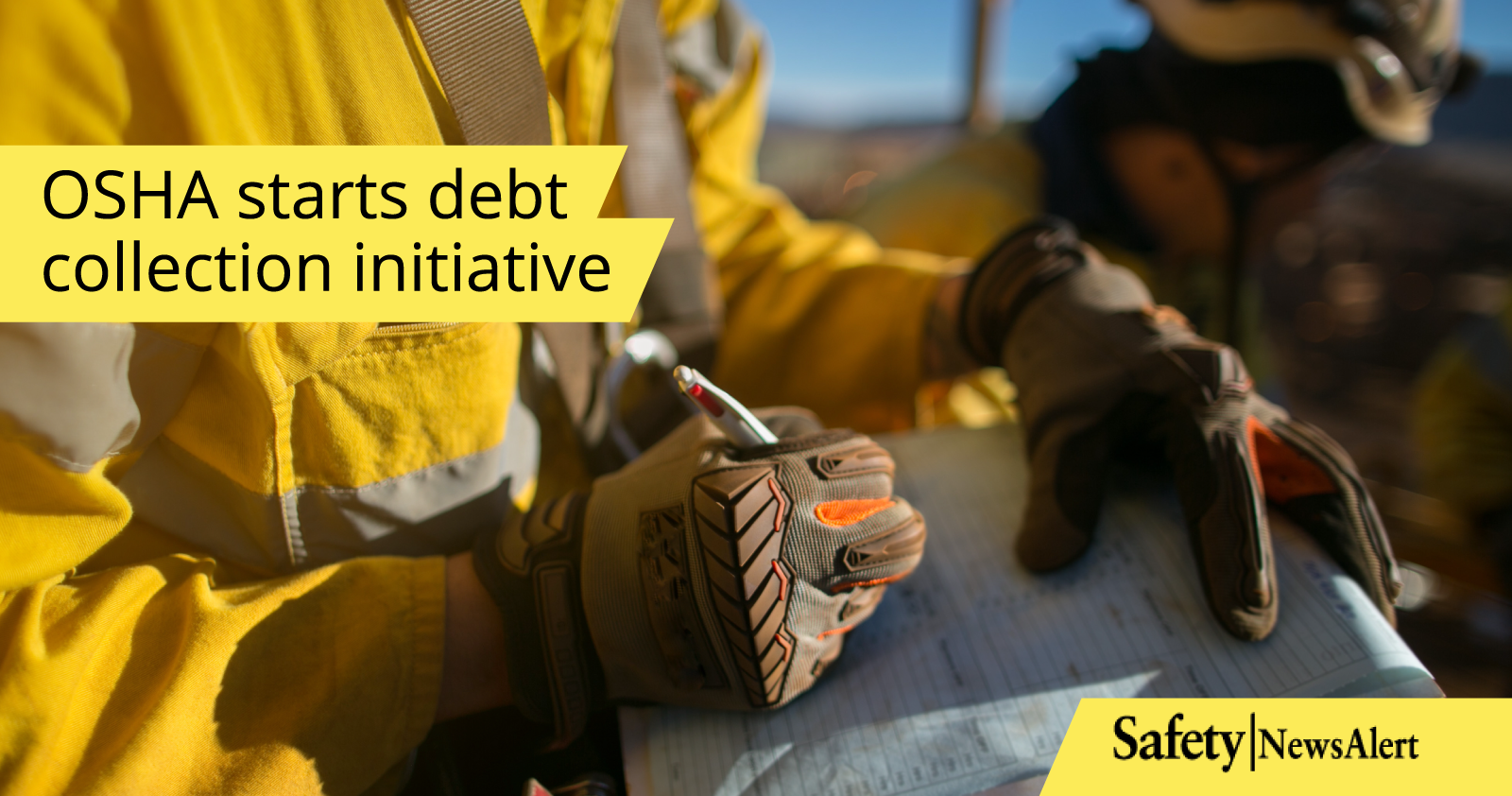 The initiative begins with a series of penalty payment letters sent to businesses that don’t pay fines in a timely manner and eventually leads to employers being placed on an inspection priority list if a fine goes unpaid.

Penalty payment letters will be sent seven, 30 and 60 days after a business fails to pay a penalty on time based on a final order, and the employer will also be contacted by phone 14 days after the payment comes due.

Businesses that pay fines on time will not receive any letters or calls.

If the fine isn’t paid, and the business isn’t on an affordable payment plan, “OSHA will place the establishment on a priority list for further inspection,” according to a Department of Labor news release.

This will “ensure that firms with safety and health violations are held accountable and pay their debts to the United States Government.”