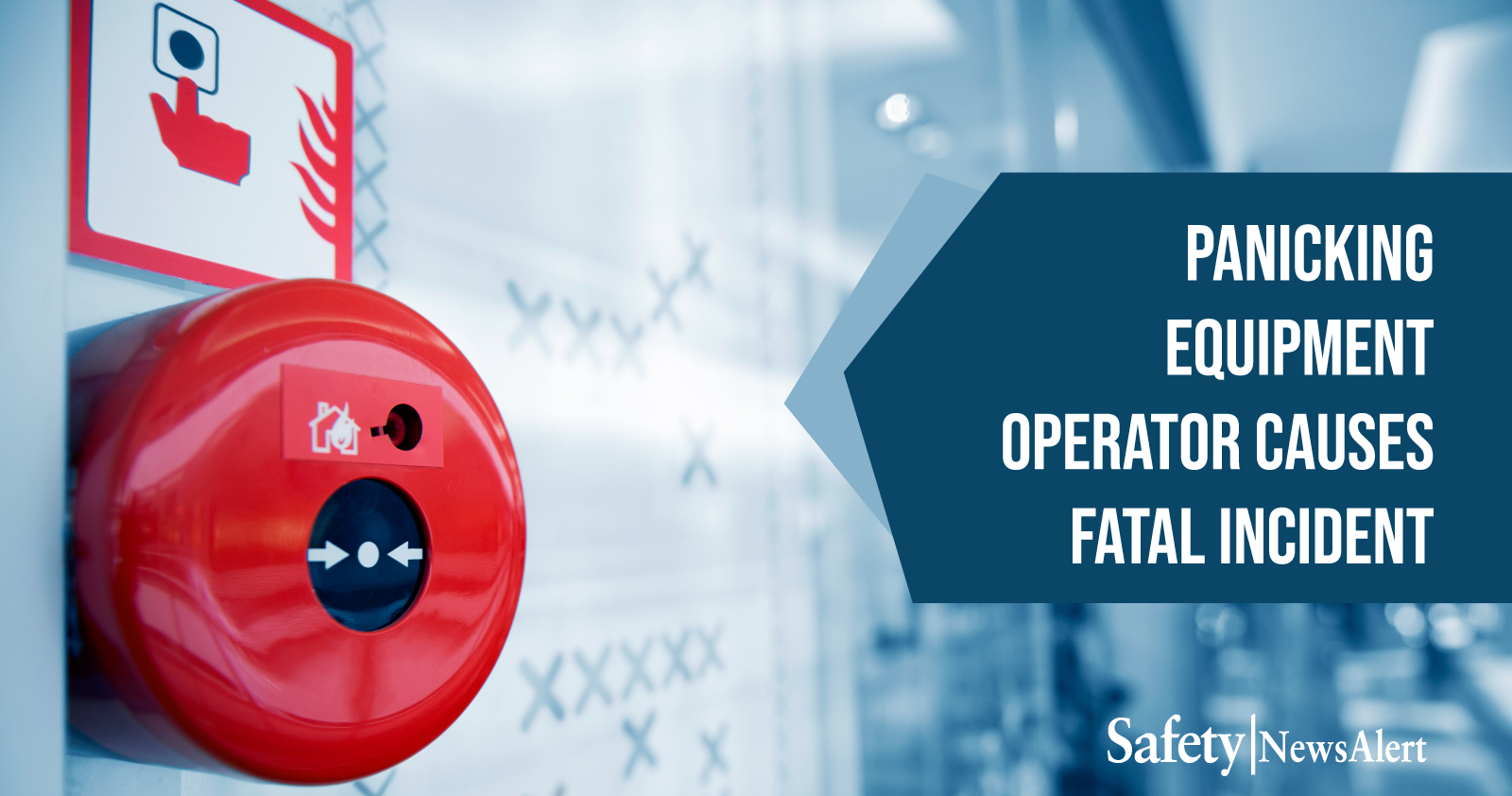 One of the most famous lines from Douglas Adams’ The Hitchiker’s Guide to the Galaxy is, “Don’t panic.” From a safety viewpoint, those words can mean the difference between life and death for a worker.

Ideally, thorough training will overcome feelings of panic, leading a worker to stay calm and follow procedures during an emergency.

In reality, that doesn’t always happen, even for experienced workers.

For example, a National Transportation Safety Board (NTSB) investigation found a fatal incident at a Union Pacific Railroad worksite in Arizona was the result of an equipment operator’s panicked state.

On Jan. 31, 2021, a Union Pacific tie gang made up of about 50 people and 23 pieces of equipment was placing new crossties on a stretch of track near Vail, Arizona.

A safety briefing was performed before work started and workers were informed of the proper spacing to be kept between ground workers and equipment operators.

The standard distance between machines and workers was 25 feet, but operators of rail-bound track maintenance tampers (TMT) were to maintain 70 feet between the vehicle and ground workers.

That distance was increased due to the visibility limitations for TMT operators.

As work progressed, one TMT operator was following a ground worker who was marking areas where new crossties were to be installed.

Witnesses said the ground worker was maintaining appropriate distance from the TMT.

The TMT operator had just tamped a crosstie and was moving to the next location, so he pushed forward on the machine’s joystick controls.

Normally, the machine would stop when the joystick was released, but this time the operator felt the TMT wasn’t stopping, and that’s when he began to panic.

He tried to activate the machine’s horn to warn the ground worker, but was unsuccessful. He also failed to remember to push the emergency stop button, which was right in front of him.

In a last effort to stop the machine, the operator pulled back on the joystick
and dropped the tamper workheads, effectively stopping the forward motion of the TMT.

But it was too late. The ground worker was found under the TMT. He was airlifted to a hospital where he later died from his injuries.

The NTSB investigation found no problems of any kind with the TMT. Investigators verified the operator, who had 19 years of experience, was well-rested on the day of the incident and his drug tests came back negative.

“The NTSB determines that the probable cause of the accident was the operator’s failure to stop the track maintenance tamper’s forward movement due to his panicked state before striking the ground worker.”

If the machine operator would have relied on his 19 years of experience and training, and kept a clear head, this incident wouldn’t have occurred.

He may have realized the machine was working as intended, or at the very least, successfully sounded the horn or remembered to activate the emergency stop.

All of those things would have kept the incident from occurring. But in his panic, these simple functions were completely forgotten.