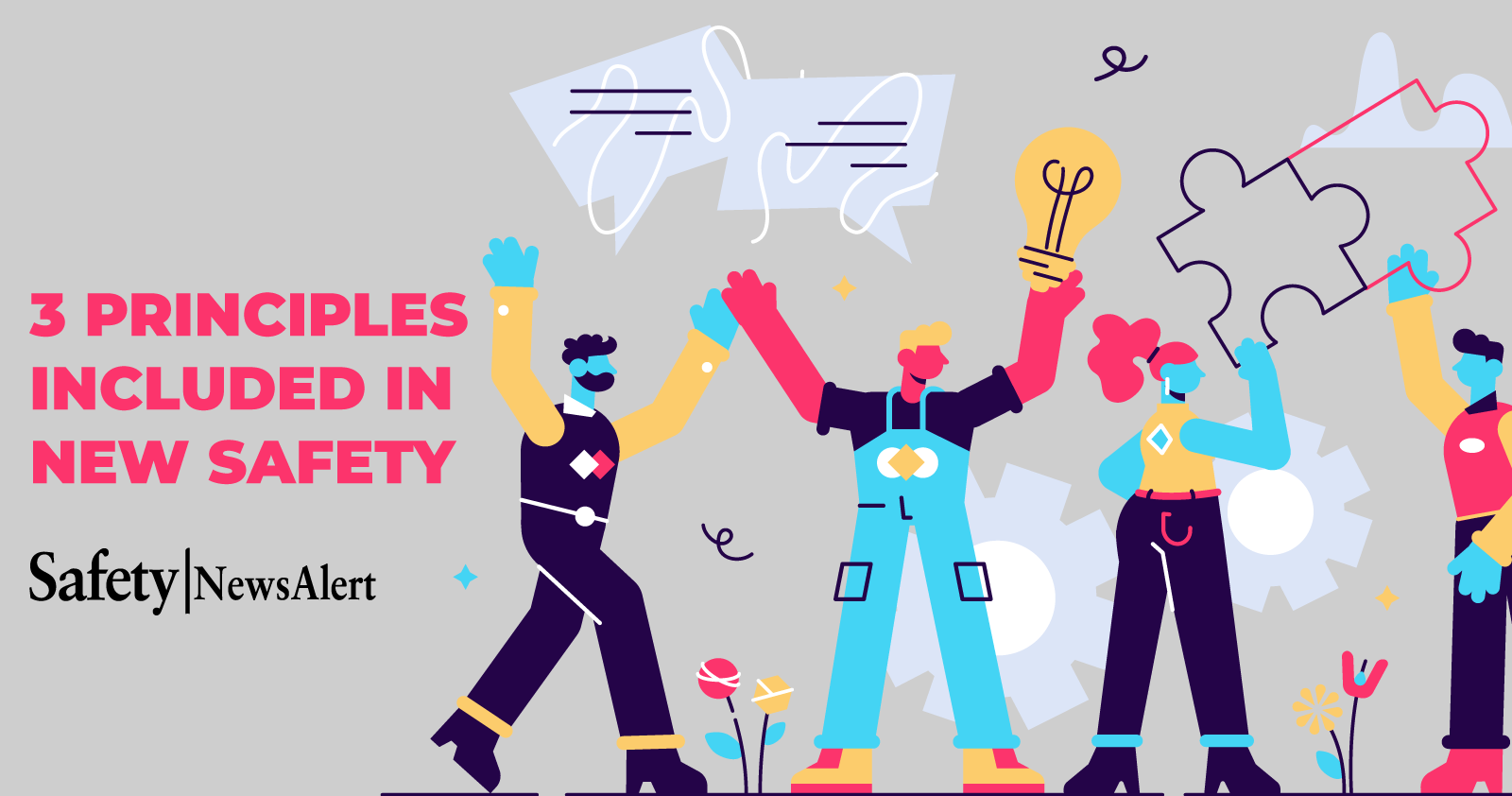 Or you could be brand new at this and wondering how to keep up with the latest safety management best practices.

Either way, when faced with the concept of “New Safety,” you might be wondering: What is that, exactly?

Even if you can say, “I know what that is,” you’ve probably wondered how well you’re toeing the New Safety line.

The last response should resonate with many people. What’s new to you isn’t necessarily new to me.

And that’s the point. You may have been using tenets of New Safety for some time.

Instead of defining New Safety, let’s take a look at the principles it includes that safety pros can agree on.

Put on your safety gear. Take this safety training. Serve on the safety committee.

Does workplace safety really benefit from being separate, like the above examples, from the rest of business?

When safety is considered extra, it opens the door for workers to think that sometimes, such as during a deadline crush, safety can be ignored.

But if safety is integrated into operations, employees are more likely to consider it a regular part of their daily tasks – something they always do.

While that certainly drives the point home, banning the word altogether isn’t necessary.

But here’s an example of how making sure safety isn’t separate could work.

What if an employer had an Operations Committee instead of separate Quality, Production and Safety Committees?

Think of it as a group of management and employee representatives who gather to answer the question, “How can we make work better?”

Result: Safety joins Quality and Production as an equal partner in improving the workplace.

Where do the best workplace safety ideas come from?

Often, the source is employees because they know the hazards involved with tasks – and how to abate them – better than anyone else.

An OSHA investigation, as described by Sean Tynes, Industrial Hygienist with OSHA, Austin, TX, at AIHce21, proves it.

An employee complaint led OSHA to inspect this business.

At this indoor gun range, an employee complained about potential lead exposure.

The range had only been open for three weeks.

OSHA inspected under the National Emphasis Program for Lead, which has been in place since 2001.

During the walkaround portion of the inspection, the facility appeared clean since it was so new.

But OSHA found some problems.

Employees who were dry sweeping floors were provided with full protective suits due to potential lead exposure. However, one suit had a hole in it. Employees didn’t have gloves – their hands were bare.

One table was covered with lead dust. On the same table there was an employee’s open soft drink bottle, meaning someone to be drinking a liquid containing lead.

In the backstop of the range, there was heavy dust accumulation.

Buckets used for debris weren’t relabeled with their new contents.

Through confidential employee interviews, OSHA found the owner was reluctant to purchase additional PPE for employees.

No baseline blood testing was done.

Employees, some of whom had experience with gun ranges, researched lead in the workplace and had given the information to the owner.

The General Manager of the range was also concerned.

But the owner said, since the business was a start-up, there was no money available for safety upgrades.

The owner had relied on a contractor to build the range and set up the business.

However, neither the contractor nor the General Manager, who had day-to-day responsibility for the range, had knowledge about employee safety at a facility where lead exposure is an issue.

Unfortunately, this meant the employees’ concerns and ideas weren’t followed.

The abatement plan for the facility included:

OSHA found these changes at the facility during a follow-up inspection:

Employee engagement is part of New Safety, but just how important is it? According to the U.S. Chemical Safety Board (CSB), it could have prevented four major incidents that led to a total of 13 employee deaths and hundreds of injuries.

The CSB looked at four incident investigations that had poor engagement as a root cause:

Each of these incidents resulted in CSB guidance advising the companies to allow workers to “play an equal and essential role in the direction of preventing major incidents.”

The CSB said employers should also assess whether workers feel they can report safety issues without fear of retaliation, and whether the company proactively investigates and takes action regarding worker safety concerns.

Elected safety representatives should have a legally recognized role in:

Employees should also be given the authority to stop work perceived to be unsafe until the employer resolves the issue, according to the CSB.

When you just read about safety not being separate, listening to employees and employee engagement, did you think to yourself, “We’re doing (some of) that?”

Congratulations! You’re already on the road to bringing workplace safety into the 21st century.

Where do you go from here? You can use another chapter from the New Safety playbook: continuous learning.

Remember: “New is all relative to what a person already knows.” Take what you know about New Safety and continue to build upon it.