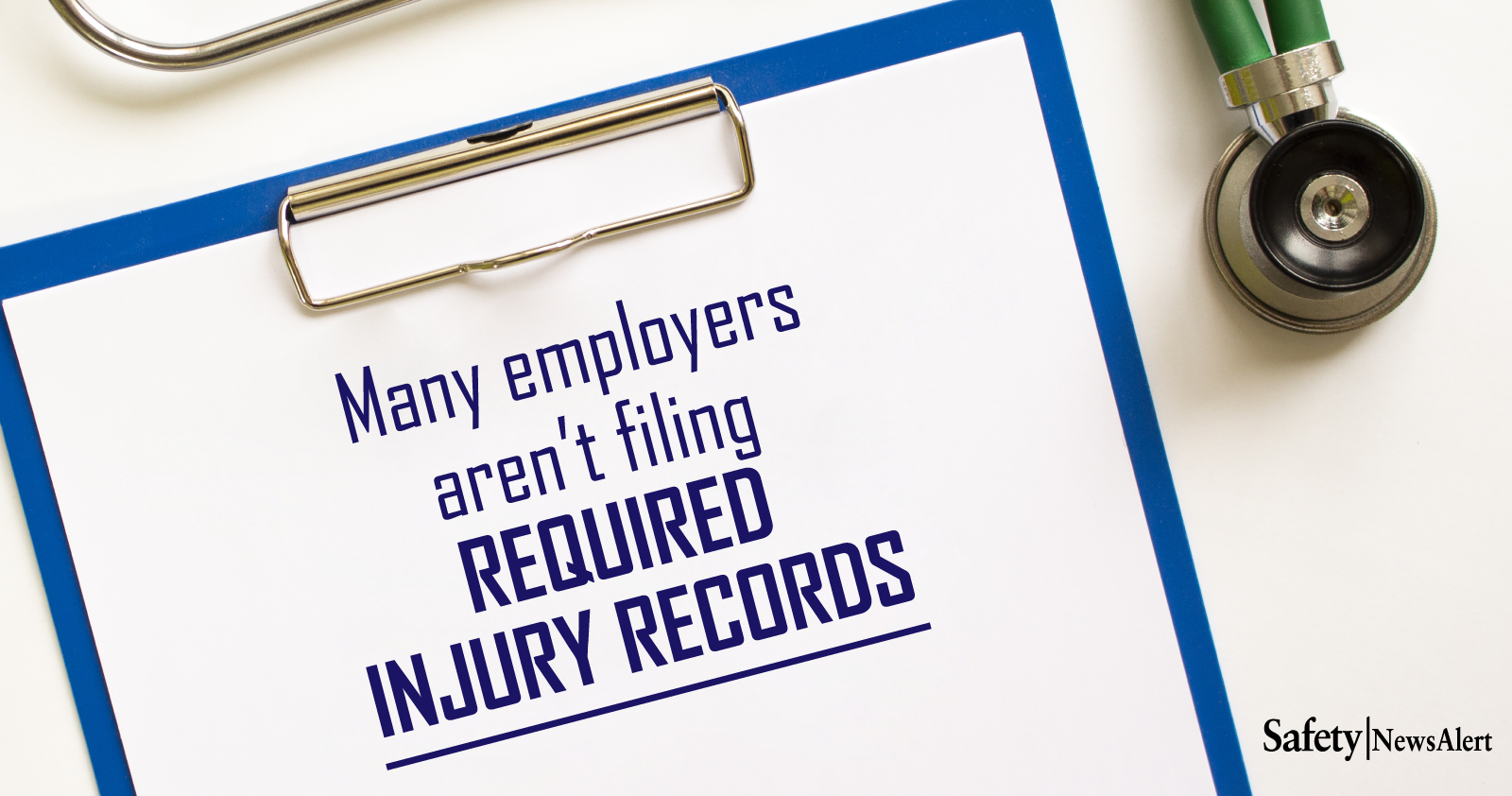 Employers didn’t report injury and illness data for more than 50% of workplaces that met OSHA’s reporting criteria in 2018, according to a new watchdog report. But how can OSHA crack down on this lack of recordkeeping?

A new report from the Government Accountability Office (GAO) paints a picture of how it thinks OSHA should crack down on companies that don’t properly report injuries and illnesses.

According to the GAO a big part of the problem is that OSHA hasn’t evaluated the effectiveness of its procedures to encourage and enforce compliance with its reporting requirements.

The agency also lacks a plan to correct any deficiencies in those procedures.

To find a way to correct this, GAO analyzed 15 years of OSHA recordkeeping violation data and compared that with Census data to estimate how many employers complied with summary reporting requirements.

Among GAO’s findings was that OSHA identified about 220,000 employers in 2019 who may have failed to report their data.

OSHA mailed reminder postcards to 27,000 of them.

The agency cited 255 employers for failure to report their data from mid December 2017 through September 2019 after on-site inspections were conducted.

But because OSHA hasn’t evaluated its procedures, it doesn’t know if any of these efforts are improving injury and illness reporting or if it should look into other methods to help improve reporting.

Without more complete information, the agency risks being unable to target inspections at establishments with the highest rates of injury and illness.

GAO says OSHA needs to evaluate its current procedures for ensuring employers report their data and implement a plan to correct any problems it finds, including:

The GAO report says, “OSHA committed to assessing whether conducting remote inspections for non-compliance with recordkeeping regulations are an effective and efficient use of resources.”

This is important because “relying only on on-site inspections to enforce non-compliance with this reporting requirement can be problematic because the agency inspects a small percentage of the establishments it oversees each year.”

Further, according to OSHA officials, the vast majority of these inspections target employers who have submitted their data, so this could create an incentive for employers not to report since it could lead to an inspection.

Bottom line: OSHA needs to increase its enforcement efforts in this area and may end up doing more remote inspections on recordkeeping to do so.