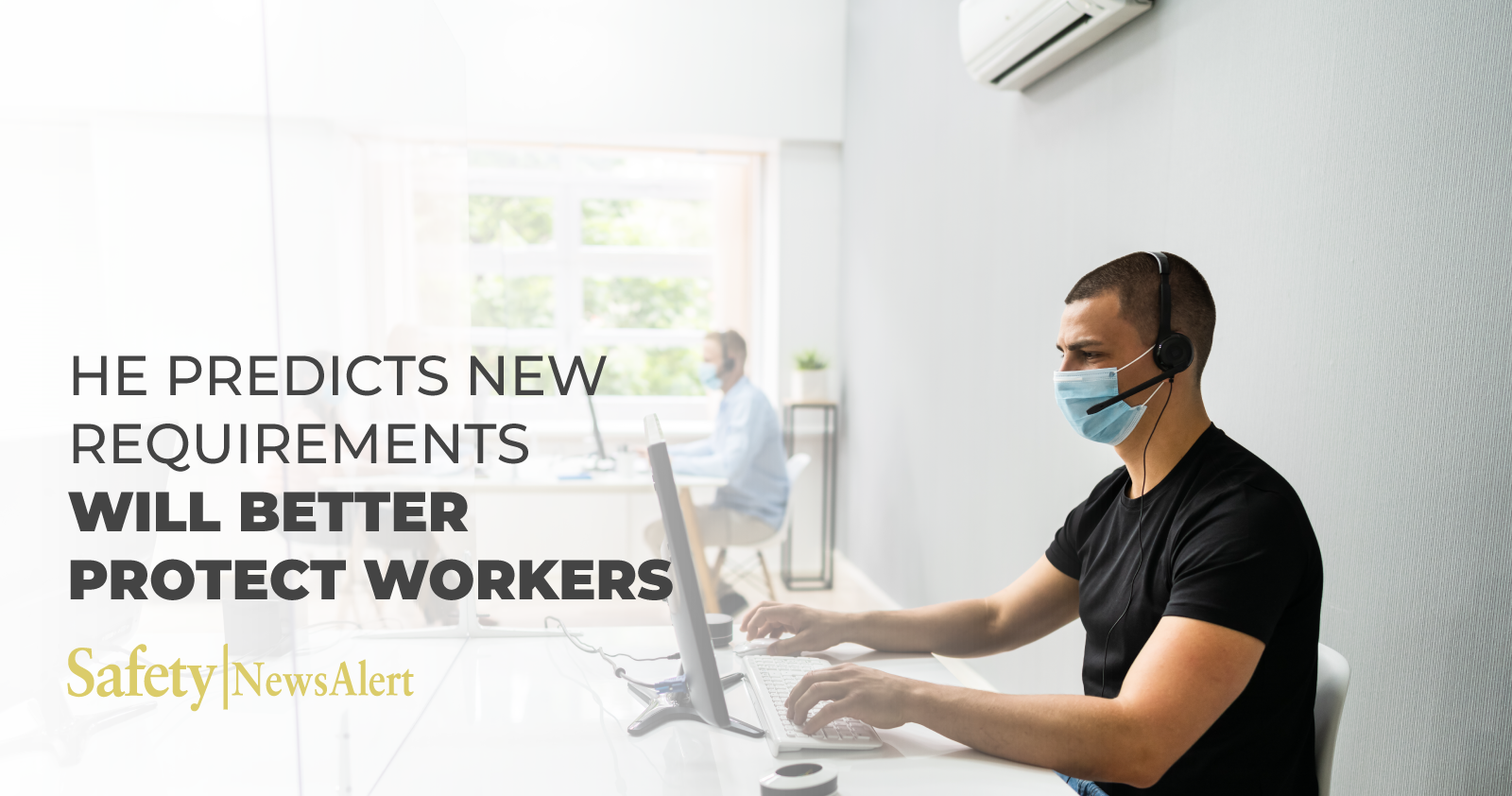 The head of OSHA during the Obama administration has added his voice to a growing chorus calling for more emphasis on ventilation in workplaces to fight COVID-19 spread. He also predicts new OSHA requirements for better protection of workers.

In an interview with the New Jersey Star-Ledger, David Michaels said we need to implement other precautions against COVID-19 because we now know breathing tiny particles (aerosols) also spreads the virus.

“Keeping people six feet away and cleaning surfaces and wearing a surgical mask or a cloth mask is not adequate,” Michaels said.

Michaels, an epidemiologist and professor at the George Washington University School of Public Health, said we know people who are exposed at distances of more than six feet have become sick.

Among the recommendations Michaels makes:

The plastic barriers used where workers are close to each other, such as meat and poultry processing lines, aren’t enough, according to Michaels. While they can prevent spread of large respiratory droplets, they’re not effective against aerosols.

What are some other high-risk industries besides meat and poultry processing plants? Michaels names grocery stores because they’re open all the time and farm workers who share vehicles to transport them to fields and bunk houses with poor ventilation.

Michaels predicted OSHA is likely to issue an emergency temporary standard on COVID-19 for workplaces.

The Star-Ledger asked Michaels what he’d say to a struggling business owner that can’t afford respirators or ventilation modifications.

“The cost of not doing that is even higher,” he said. “Not only is the cost for the people getting sick; we’re not going to be able to control the epidemic and reopen the economy.”