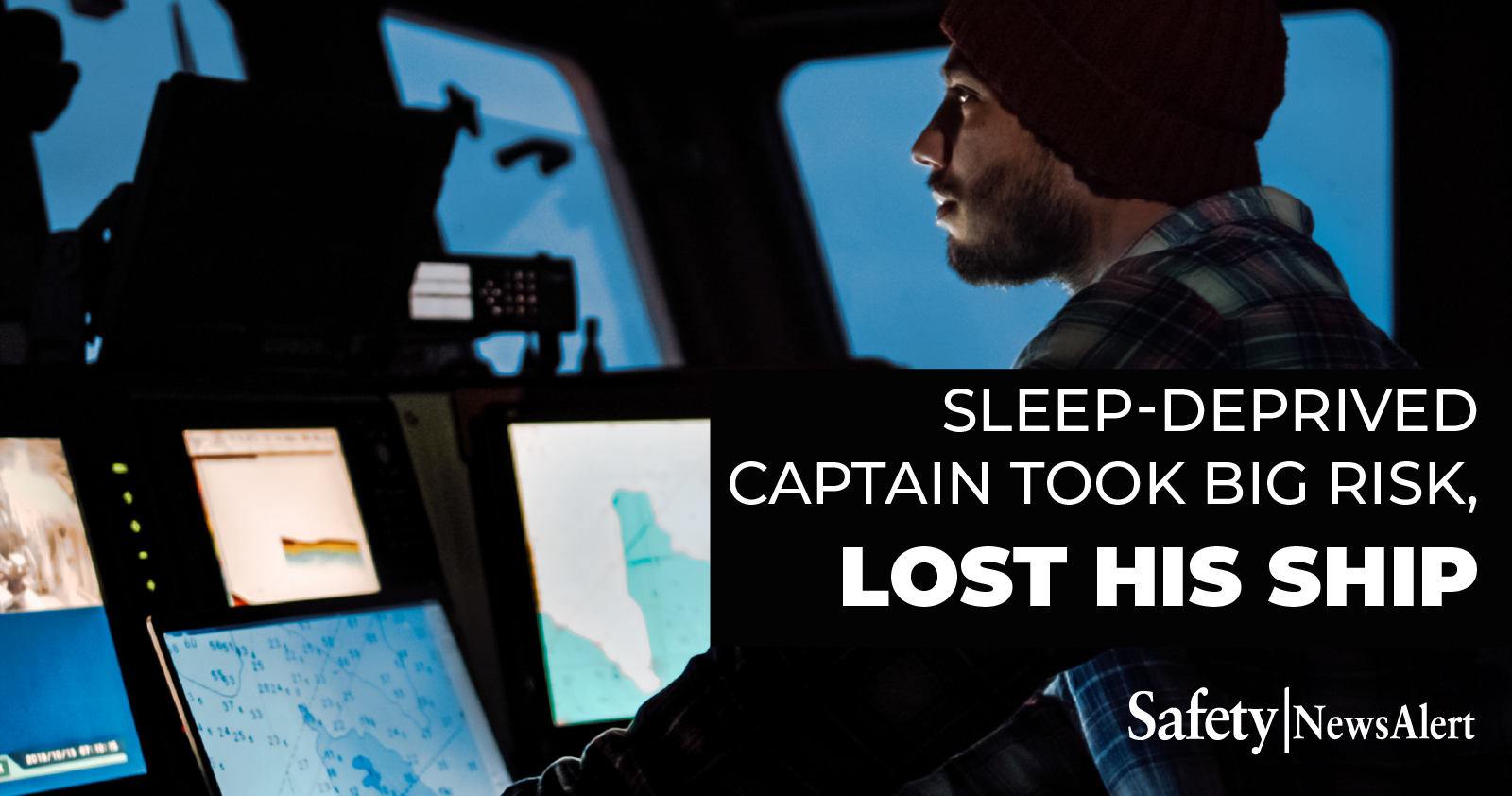 In the workplace, the term “impairment” is often associated with drugs and alcohol, although there’s a well-known yet often overlooked other aspect: fatigue.

Long hours and shift work can lead to fatigue, which workers often try to push through to get the job done – an honorable notion, but one that can come with dire consequences.

A recent National Transportation Safety Board (NTSB) investigation of the sinking of the fishing vessel Tenacious off the coast of Alaska offers a perfect example of this situation.

Awake for more than 20 hours

The captain of the Tenacious had 32 years of experience operating fishing vessels. He was in his second year of operating this specific vessel as he and his crew of five were transitioning to fishing waters in July 2021.

One of the crew members was the owner of the Tenacious, who was also in his second season aboard the vessel.

On July 23, the captain didn’t get any sleep as he and the crew attempted to repair a skiff which they eventually had to go ashore to replace.

To further complicate matters, the captain was experiencing back pain and hadn’t been sleeping well for a few days.

The crew was weary from taking care of the skiff, so the captain, who’d been awake for more than 20 hours, told everyone to get some sleep while he piloted the Tenacious.

In the early hours of July 24, the captain fell asleep and lost control of the vessel, which drifted into rocks in shallow water along the coast.

As the Tenacious struck the rocks, the captain and crew woke up and attempted to save the vessel, but ultimately had to abandon it.

One crew member suffered a minor injury, but the vessel and its fishing equipment – a total loss of $660,000 – were lost along with about 2,000 gallons of diesel fuel.

The captain claimed responsibility for the incident, stating to investigators that the owner would not have faulted him if he had chosen to stay in port.

He knew everyone, including himself, was tired, but “I also knew there was lots of fish around, boat loads, so that probably had a lot to do with my decision.”

Perception of loss = acceptance of risk

The NTSB calls this an example of the prospect theory of human decision-making, meaning “human beings are more likely to accept higher levels of risk when faced with the perception of guaranteed future losses.”

The captain knew that if he and his crew missed the July 24 fishing waters opener they’d suffer financial losses.

To avoid that perceived loss, his risk tolerance was higher, resulting in the poor decision to get underway later than planned and travel during normal sleep hours all while in a fatigued state.

While this incident occurred at sea, it’s no stretch to see how a warehouse worker lured by overtime pay or a truck driver attempting to make it the last few miles to his delivery destination could also succumb to the same poor decision-making.

Fortunately, there are ways the National Safety Council says employers can help address fatigue, including by: