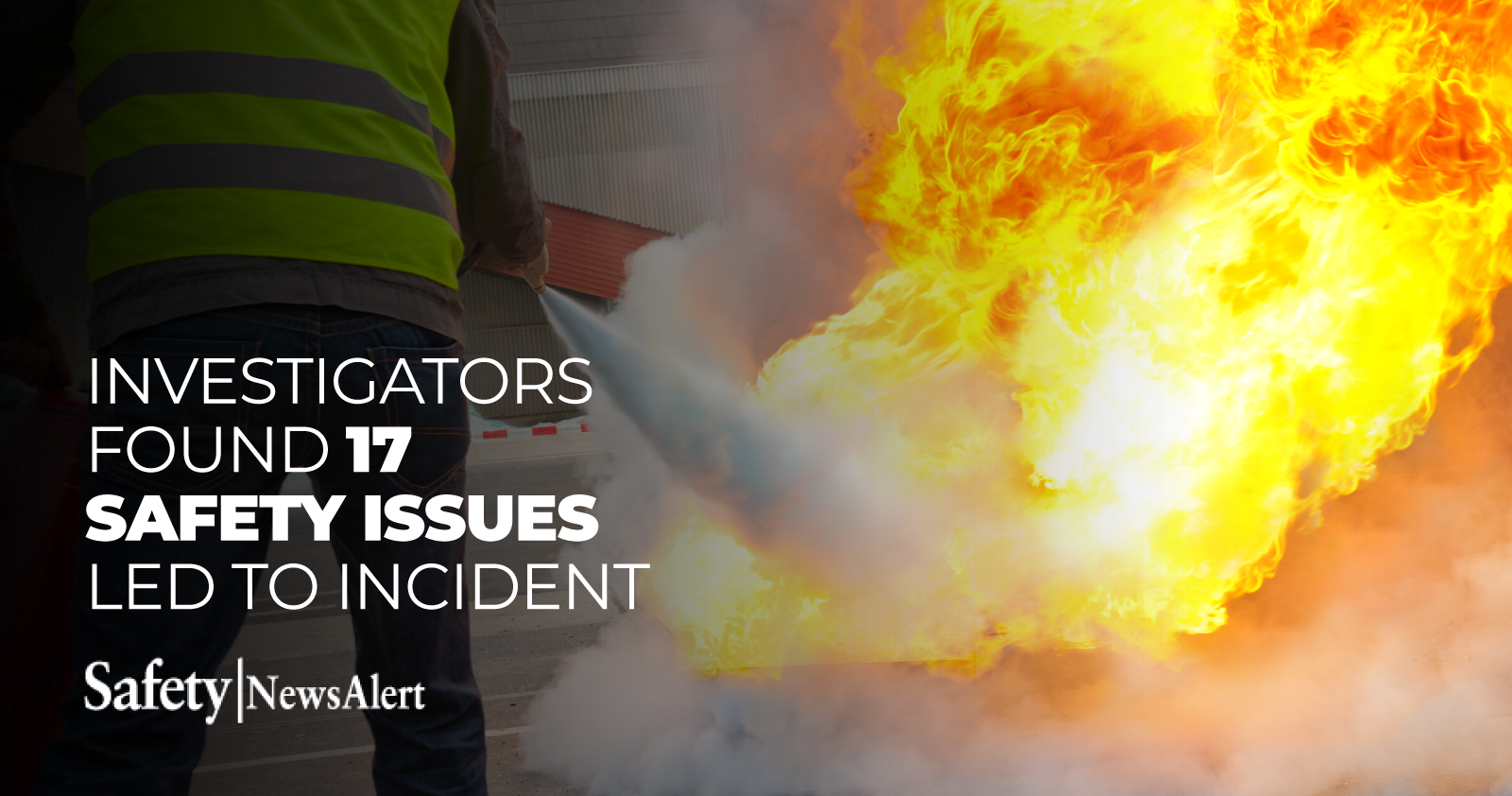 An investigation into the 2018 fire that injured 23 workers at the Kuraray America chemical plant in Texas was caused by 17 safety issues, including multiple process safety failures, according to the U.S. Chemical Safety and Hazard Investigation Board (CSB).

The CSB report offers a dozen recommendations on how the company can prevent a similar incident from occurring.

2,300 pounds of ethylene released in 3 minutes

On May 19, 2018, a chemical reactor system startup that occurred following a scheduled maintenance shutdown caused high pressure conditions inside the reactor.

The high pressure activated the reactor’s emergency pressure release system, discharging flammable ethylene vapor through piping into an area where several contractors were working. More than 2,300 pounds of ethylene were released in three minutes.

Work being done by the contractors included welding, which “most likely ignited the flammable vapor,” according to the CSB.

Twenty-three workers were injured during the incident, with two needing to be life-flighted from the facility and another remaining in critical condition for several days due to burn injuries. Nineteen other workers were transported to the hospital for various injuries.

CSB investigators determined that the cause of the incident was Kuraray’s emergency pressure relief system design, which discharged the flammable ethylene vapor from the reactor through horizontally aimed piping into the air in an area near workers.

If this pressure release system had been designed to discharge vapor into a safe location, the flammable gas wouldn’t have harmed any workers, according to CSB investigators.

“Kuraray also should have evacuated these workers from the area when the reactor’s high-pressure alarm sounded, since it was signaling a serious problem with the reactor,” CSB Chairperson Steve Owens said.

Investigators found “a chain of process safety management failures that led to the build-up of excessive pressure inside the reactor.”

12 ways to avoid a repeat incident

The CSB advised Kuraray America to follow 12 recommendations to avoid a repeat of this incident.