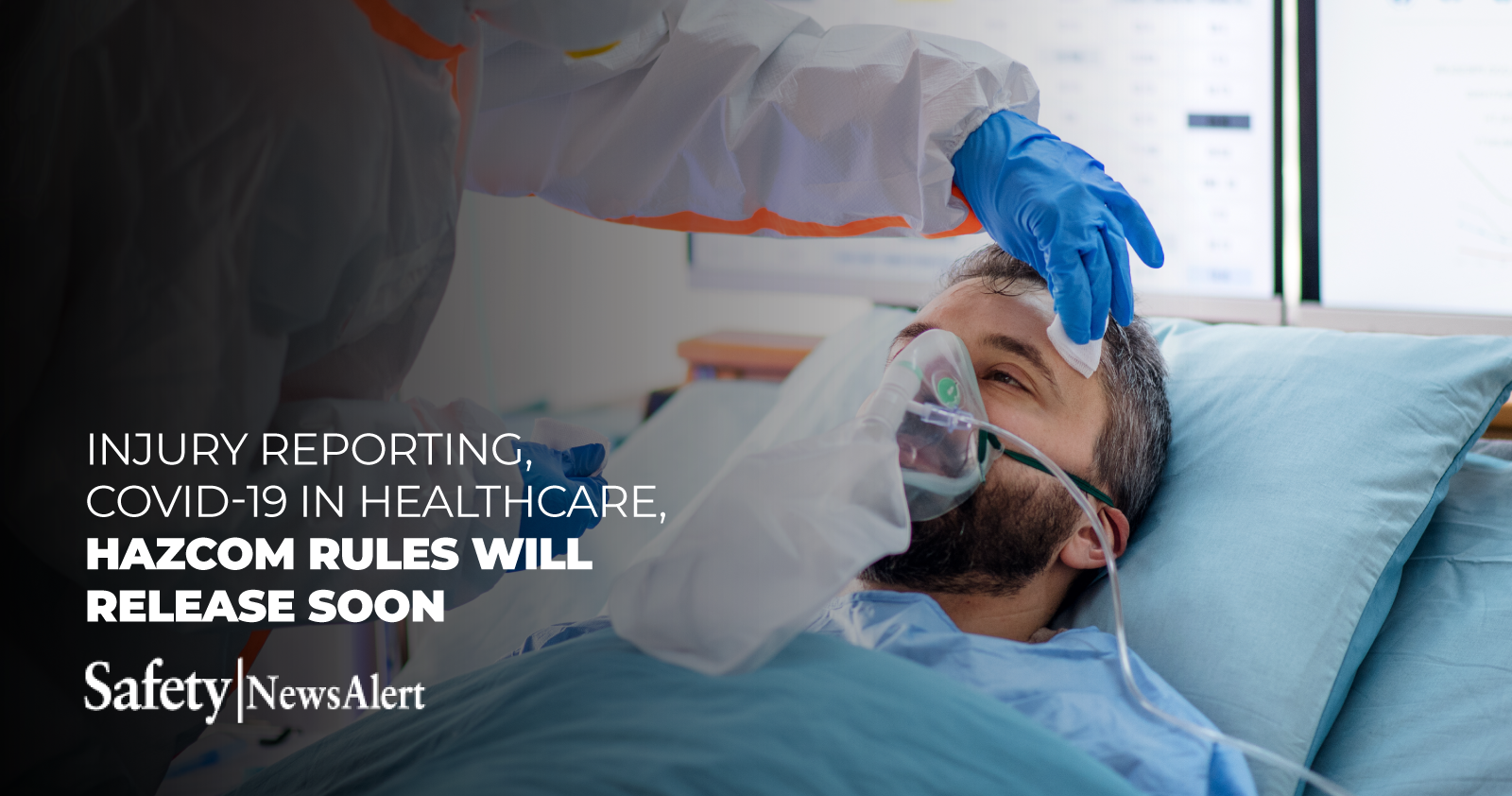 Final rules for workplace injury tracking, COVID-19 in healthcare and hazardous communication are due to release within the next few months, according to information in the U.S. Fall 2022 Regulatory Agenda.

The Fall Agenda was released by the Biden administration on Jan. 4 and has a number of rules to pay attention to in various stages of development.

The COVID-19 in healthcare final rule was scheduled to release in December 2022, and OSHA is still continuing to work towards a final standard, according to law firm Littler Mendelson.

OSHA sent the proposed permanent COVID-19 healthcare standard to the White House Office of Management and Budget for final review in early December. The rule is still under review, but law firm Seyfarth Shaw said the rule will likely go into effect by the late first quarter or early second quarter of 2023.

The other final rule that’s expected to drop soon is the Improve Tracking of Workplace Injuries and Illnesses standard, which is due for release in March 2023.

OSHA issued this proposed rule in March 2022, which would amend its injury and illness recordkeeping regulations to require employers with 100 or more employees in certain industries to electronically submit injury and illness data annually. That’s down from the current 250 employee cutoff.

Employers with 20 to 249 employees who are classified in specific industries with historically high rates of occupational injuries and illnesses won’t see any significant changes to how they report.

The comment period for this proposed rule closed June 30, 2022.

One other noteworthy final rule on the docket is the Update to the Hazard Communication Standard (HCS), which is due to release in March 2023.

This rule is meant to:

While they’re not close to being adopted at this point, there are several proposed rules in the works with Notices of Proposed Rulemaking (NPRMs) on the horizon.

An NPRM is scheduled for September 2023 for the proposed Infectious Disease standard.

This standard is meant to protect employees in a number of different industries from “infectious disease exposure to pathogens that can cause significant disease.”

The rule could potentially apply to:

Another NPRM to watch is the update to the Lockout/Tagout standard, which is scheduled for July 2023.

This rule would address recent technological advancements that employ computer-based controls of hazardous energy that are in conflict with OSHA’s existing lock-out/tag-out standard.

Two possible standards that could have significant impact are currently in the pre-rule stage: Prevention of Workplace Violence in Health Care and Social Assistance and Heat Illness Prevention in Outdoor and Indoor Work Settings.

OSHA published a Request for Information in Dec. 2016 on the possible workplace violence in health care standard. The agency was petitioned for this standard “by a broad coalition of labor unions, and in a separate petition by the National Nurses United.” OSHA granted these petitions on January 10, 2017.

A Small Business Regulatory Enforcement Fairness Act panel is being prepared in an effort to develop this rule.

The heat illness rule received an advance notice of proposed rulemaking on October 27, 2021, to explore a potential standard.

OSHA is continuing to “engage with stakeholders to explore the potential for rulemaking on this topic.”

A Small Business Regulatory Enforcement Fairness Act panel for this rule was due January 2023.