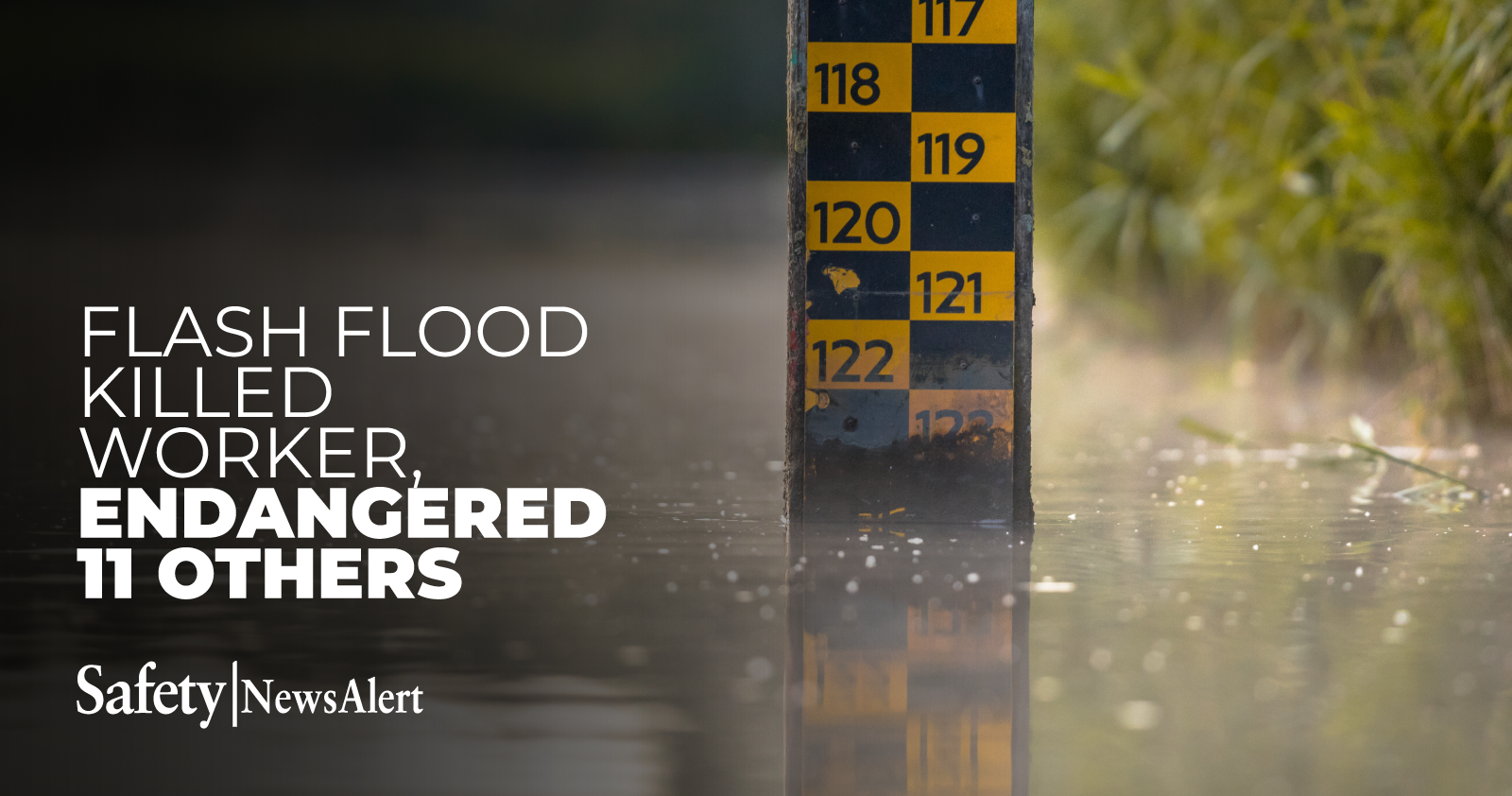 A fatal weather-related incident at a remote mine in Utah may not be likely to happen at most worksites, but the tragic event serves as a reminder that emergency plans need to include dangerous weather.

Because the mine operator failed to provide an emergency plan that included hazardous weather events, a pair of flash floods killed one miner and endangered eleven others.

No one aware of flash flood watch

Gary Nelson, a 48-year-old miner with almost 13 years of mining experience, worked at the Gentry Mine No. 3, a coal mine in a remote area of Emery County, Utah.

On Aug. 1, 2021, at 10 p.m., Nelson and seven other miners received their shift assignments and got into two Genco Geep personnel carriers, Jeep-like vehicles that would take them down into the mine.

It was raining lightly in the area of the mine at the time of departure. The miners were unaware of the fact that it was raining much heavier at higher elevations, with the National Weather Service issuing a flash flood watch for the area throughout the evening.

However, the mine operator didn’t monitor the weather of the surrounding area, so none of the workers or supervisors were aware of the flash flood watch.

2 floods hit, one right after the other

A passing storm resulted in several inches of rain on top of a nearby mesa, which saturated the ground and produced an abnormal amount of drainage down through a series of canyons to the plateaus below. At one point, a build-up of debris at one canyon breached and released a large amount of water, which created a flash flood that had a “large amount of force” behind it, according to an investigation report from the U.S. Mine Safety and Health Administration (MSHA).

At 10:08 p.m., as the first flash flood was sweeping down the canyons, the personnel carrier turned right onto the elevated mine access dirt road, which ran along a narrow canyon adjacent to a creek bed. The miners were only about a quarter mile from their starting point.

The first flash flood, which contained large boulders and broken pine trees, hit the lead personnel carrier head on. The flood pushed the personnel carrier downhill, causing it to flip over four times and become stuck on its side between the roadside and the river bed. The miners inside managed to free themselves from the wreckage and swim to solid ground. They reached high ground just as the second flash flood struck.

Nelson’s personnel carrier had departed shortly after the lead vehicle. It encountered the first flash flood 0.16 miles from where the crew departed. The flood still had enough force behind it to flip the personnel carrier onto its side. Nelson and another miner exited the vehicle and began helping other crew members get out, with each of them seeking higher ground to get away from the rising water.

The second flash flood hit as Nelson and the other miner were helping their co-workers. As the miners got to safety, they looked for Nelson, but couldn’t locate him.

At 10:14 p.m., when the floodwaters had receded, the crew returned to their departure location and a headcount was conducted. Nelson was still missing, so emergency responders were called in for a search and rescue operation. Nelson’s body was found almost seven miles away in the Huntington Canyon river bed. He was pronounced dead at 11:30 a.m. Aug. 2, 2021.

MSHA investigators found the root cause of the incident was the mine operator’s failure to have procedures for monitoring potentially dangerous weather conditions.

The mine operator has since developed a written procedure directing personnel at the departure point to use available weather forecasts to monitor for potential flooding.

A weather monitoring station was also installed at the mine to monitor rain, temperature, humidity, wind and barometric pressure. This weather station is intended to fill in any gaps in weather service coverage for the remote area the mine is located in. The mine operator also petitioned the state for a Doppler weather station.

The weather procedures include:

There’s also a surface foreman on duty at all times when miners are working who is in a position to evaluate and respond quickly to weather watches and warnings. If it rains, the foreman will use data from the weather monitoring station to determine if the road into the mine should be closed due to potential weather that could affect the miners’ safety. The foreman will also immediately notify the miners of any closures or other weather emergencies.

While most safety professionals might not operate under circumstances in which they have to worry that workers could get swept away by a flash flood, many likely have other weather-related hazards to worry about.

Whether it’s a sudden thunderstorm with deadly lightning threatening outdoor workers, a downpour that makes an open dock unsafe for forklift operators or high winds that could cause problems for a roofing crew, having an emergency plan that addresses weather hazards can help keep employees safe.

Such a plan would give employees and supervisors guidance on how to respond to the hazard, including when to take action and where to go in case conditions become too dangerous to stay where they are.