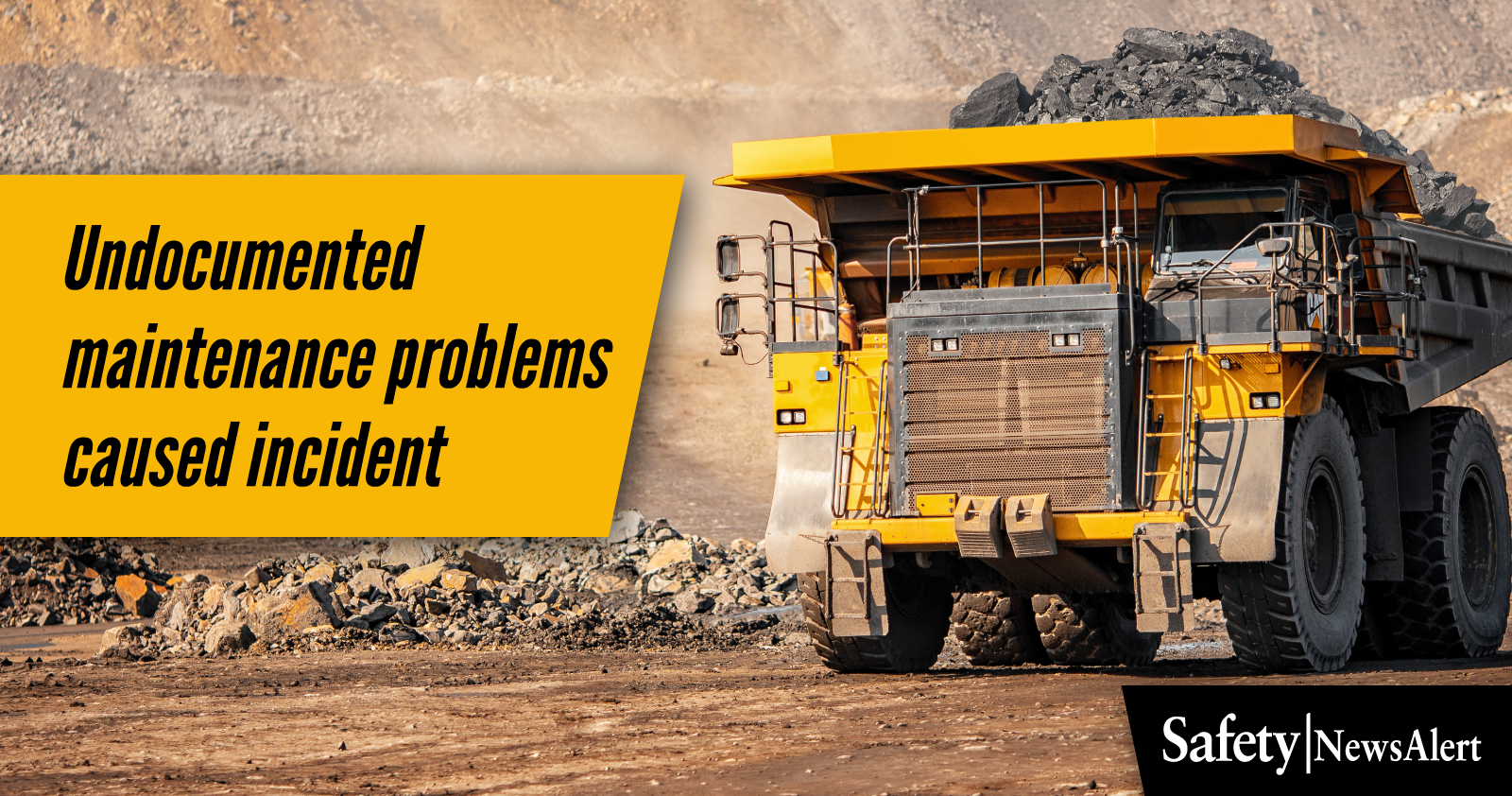 Pre-operation equipment inspections, along with a good maintenance program, are extremely important when it comes to employee safety, as a Nov. 1, 2021 fatal crash at West Virginia’s Mountaineer II Mine illustrates.

An assistant maintenance shift supervisor at the mine who had 25 years of mining experience died when he lost control of an electric mine utility vehicle (EMU) that should have been taken out of service.

Investigators with the U.S. Mine Safety and Health Administration (MSHA) found the incident was caused, in part, by the mine operator’s lack of procedures for pre-operation inspections and removing unsafe equipment from service to prevent miners from operating vehicles with known safety defects.

On Nov. 1, 2021, Brian Wallen, an assistant maintenance shift supervisor at the Mountaineer II Mine, gathered his tools and supplies and took the No. 7 EMU, which had been parked outside of the maintenance shop, for transport down into the mine.

Surveillance video footage revealed Wallen entering the mine on the No. 7 EMU at 4:56 p.m. A short time later, another miner who was monitoring the video cameras noticed the overturned utility vehicle at the bottom of a slope deeper in the mine.

The miner attempted to radio Wallen, but was unsuccessful, so he radioed for help and directed the mine’s in-house emergency response team members to the location of the crash.

Responders found Wallen pinned under the EMU. They managed to pull him clear of the wreckage, but couldn’t find a pulse, so they began CPR until an ambulance arrived.

Wallen was declared dead from his injuries at 6 p.m. while being transported to a local hospital.

An MSHA investigation into the incident found that the No. 7 EMU had several maintenance-related issues that had been identified prior to Wallen’s death but that hadn’t been properly documented or addressed.

These problems were verbally communicated between several employees and maintenance technicians but the only problem that was fixed in this timeframe was the battery wire that had burned off being replaced with a new wire.

Several pre-operational inspections were performed but none of the issues with the No. 7 EMU were documented. That’s one of the reasons the maintenance technician who fixed the wire didn’t work on the brakes – simply because he wasn’t aware there was a problem.

The vehicle was also never tagged out or removed from service during this time. Instead, it was left outside the maintenance shop where Wallen found it at about 5 p.m. on Nov. 1. Whether or not Wallen conducted a pre-operational inspection of the vehicle is unclear.

It’s also worth mentioning that investigators found the No. 7 EMU had been modified, without manufacturer approval, from a two-passenger vehicle into a four-passenger vehicle. This increased the vehicle’s gross weight while reducing the weight of its payload capacity.

None of this was documented, so employees weren’t aware of the reduced payload. For the vehicle to operate safely after the modification while still hauling a typical payload at the mine, the vehicle operator would have to weigh less than 70 pounds.

This is what led to excess wear on the EMU’s brakes, suspension and electrical systems.

MSHA investigators determined the combination of the steep slope and the condition of the EMU’s brakes caused Wallen to lose control of the vehicle, resulting in the fatal crash.

One of the two root causes identified was the fact that the mine operator didn’t remove unsafe equipment from service to prevent use of vehicles with safety defects.

In response, the mine has developed written procedures to conduct pre-operational examinations – something that MSHA doesn’t require for this type of vehicle – and properly remove faulty equipment from service. This includes a lockout/tagout procedure when safety defects are present.

The other root cause involved a lack of procedures for operating vehicles like the EMU on steep slopes, which the mine addressed by prohibiting operation of all self-propelled mobile equipment on such slopes.