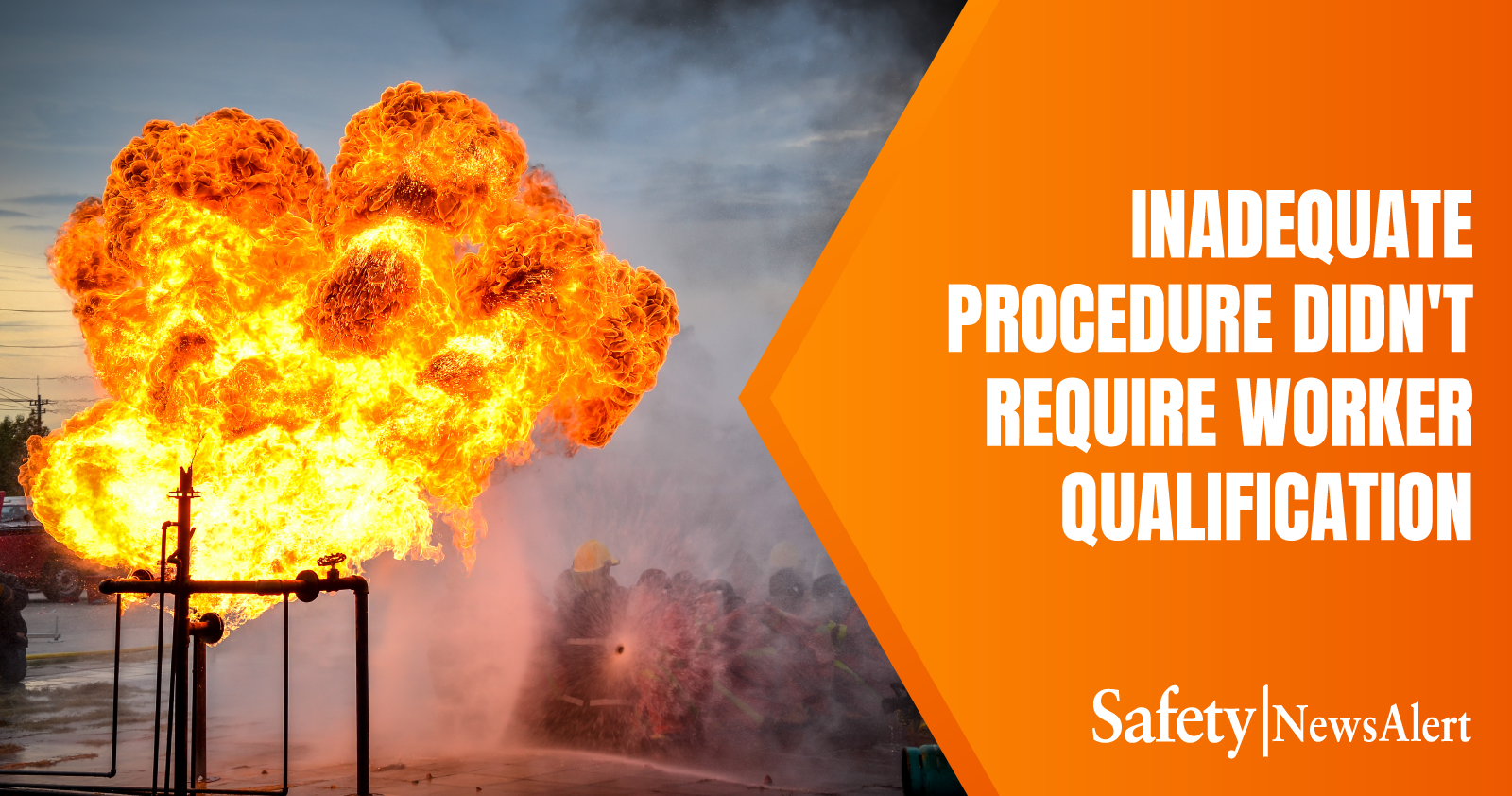 A 2021 natural gas explosion in Texas that killed two workers and injured two others could’ve been prevented if employees had received safety training preparing them for abnormal operating conditions.

A National Transportation Safety Board (NTSB) investigation found that the employees’ lack of proper safety training contributed to the severity of the explosion.

No form of gas monitoring used

The maintenance involved inserting a monitoring device called a pig into the pipeline’s launcher, which is a portion of the facility used to insert in-line tools, such as pigs, into the pipeline.

Atmos workers used a portable flaring system to vent natural gas from the launcher. This allowed them to ignite the gas at the flare tip where they could observe the flame and watch gas pressure decrease as the flame died out and eventually extinguished.

The Atmos workers told investigators that they thought the flare system would provide a safe path for any gas leaking past the mainline valve to vent safely if any leakage occurred. They weren’t using any form of gas monitoring other than observing the flare tip.

Once the flare system was set up and seemed to indicate it was safe to proceed, the workers performed the remaining steps to load the pig into the launcher with an insertion tool attached to an excavator. However, before the insertion tool was completely removed, the workers heard a loud sound, and one worker observed a flash near the open launcher door. The explosion was directed through the open launcher door, ejecting the pig from the launcher, injuring two of the workers and killing two more.

One of the workers called 9-1-1 and an assistant fire marshal was the first emergency responder on the scene. He determined that two of the workers were deceased and then began assisting the two injured survivors. He also noted there was no sign of a fire.

An investigation conducted by federal and local law enforcement found no evidence that an outside source, such as a lightning strike or criminal activity, ignited the gas and caused the explosion. NTSB investigators found that the explosion was caused by a leaking mainline valve that allowed natural gas to enter the launcher where it mixed with air, creating a flammable gas–air mixture that was ignited by an undetermined source.

Atmos developed a written pigging procedure in 2019, which was still in place when the explosion occurred. This procedure warned that pigging could be dangerous and instructed personnel to:

The procedure was intended to serve as a guide for loading a pig under ideal situations and configurations, but the configuration shown in the procedure didn’t match the launcher involved in this incident. It also failed to mention use of a flaring system.

Further, the procedure required workers to make adjustments as needed to ensure the pig was loaded in a safe, controlled manner, but abnormal operating conditions specific to pig loading weren’t included in any Atmos procedures.

Minimum federal safety standards in 49 CFR Part 192 require operators to ensure through evaluation that employees be qualified to perform covered tasks, such as pig loading. Qualifications include the ability to safely handle abnormal operating conditions, according to the NTSB investigation report. That means Atmos was required to ensure its workers and contractors could recognize and react to the abnormal operating conditions they experienced in this incident, such as the leaking mainline valve.

At the time of the incident, Atmos didn’t require employees or contractors to be qualified to load pigs. Instead, the company expected employees to rely on their experience and on-the-job training. However, as the NTSB report notes, “Despite their many years of collective experience, the workers were not qualified as required by federal regulations and were not using gas monitors to monitor for hazardous atmosphere.”

The company has since:

Launcher designs were also standardized and made safer and additional specifications for on-site tools and grounding requirements were included to further reduce the risk of inadvertent ignition.