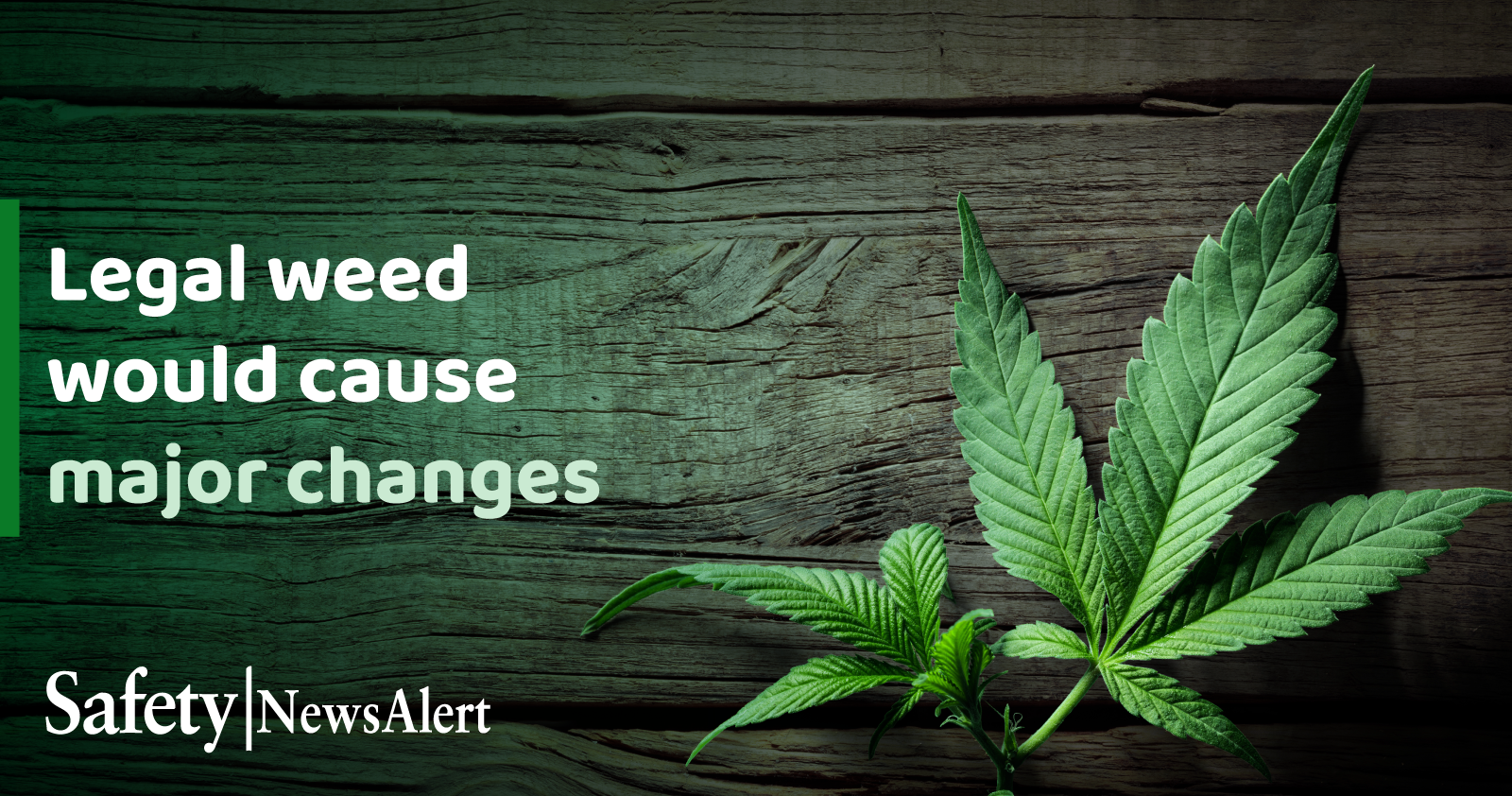 With President Biden’s Oct. 6 statements about marijuana and his request to review whether the drug should be removed from the Schedule I list of controlled substances, is federal legalization far off?

If federal legalization of marijuana is in the cards for the near future, then what does it mean for employers? After all, many of the employer-friendly state court decisions over employee marijuana use hinged on the fact that marijuana is an illegal substance according to federal law.

President Biden specifically said, “The federal government currently classifies marijuana as a Schedule I substance, the same as heroin and LSD and more serious than fentanyl. It makes no sense.”

He stated he would “ask the Secretary of Health and Human Services and the Attorney General to review whether marijuana should be ‘demoted’ from a Schedule I controlled substance (any use illegal) to a lower class,” according to Robin Shae, an attorney with law firm Constangy Brooks Smith & Prophete.

DOJ hinted in May that this was being considered

There were indications of all of this possibly coming back in May when the U.S. Supreme Court asked the Department of Justice (DOJ) if it should review two Minnesota Supreme Court decisions denying workers’ requests for reimbursement of medical marijuana. The DOJ mentioned in its response that shortly after the court made the request, the House of Representatives passed legislation that would remove marijuana from the Controlled Substances Act, which could affect whatever guidance the court offered.

Drugs on Schedules II through V are legal with some restrictions, so if marijuana drops to another Schedule, it could become something major for employers to deal with.

Would cause major changes to workers’ comp, ADA situations

For example, several state courts have denied employee requests to have the employer pay for medical marijuana in workers’ compensation cases. These state courts ruled that an employer couldn’t be made to pay for a drug that is illegal under federal law. However, if the federal government decides marijuana is no longer illegal, those decisions wouldn’t apply.

Likewise, the Americans with Disabilities Act (ADA) doesn’t currently protect users of illegal drugs, so medical marijuana patients aren’t offered any protections. That would change if marijuana was made legal by the federal government, meaning employers would have to offer accommodations for medical marijuana users.

Testing for illegal drugs doesn’t fall under the ADA’s definition of a “medical examination,” meaning those tests don’t have any ADA restrictions. But if marijuana moves to another Schedule, pre-employment drug tests would either have to exclude marijuana testing or wait to be conducted after an individual is offered employment, Shae, the attorney, said. Then, if the offeree tests positive, “the employer might have to consider making reasonable accommodations rather than simply withdrawing the offer. At least, for positions that are not safety-sensitive.”

Further, employers who conduct random testing of current employees may have to leave marijuana off the panel of drugs for which they test. An employer would likely still be able to test with reasonable suspicion, just as with on-the-job alcohol use.

Obviously, testing for marijuana when it’s required by federal law, such as in the transportation industry, wouldn’t be an ADA issue.

If it happens, what can employers do?

So how do employers deal with marijuana legalization, if it does happen?

Shae said in the past she recommended to employers with operations in states where marijuana is legal that they should “treat marijuana use the same way one would treat alcohol use. In other words, tolerate it, but don’t let people consume during working hours or be under the influence while on duty.”

She still thinks that’s the correct approach, but with one major caveat: unlike alcohol, there’s no generally recognized standard of being under the influence of marijuana, so how will an employer know when it can legally test? That’s something that will certainly need to be addressed going forward. As stated below, there is training that can help employers identify marijuana impairment.

Robert Nichols and Amber Dodds, attorneys with Bracewell LLP, said in April that there are five things employers can do in states where marijuana is legal. These tips could also apply if marijuana is made legal on the federal level.

Nichols and Dodds said employers are: