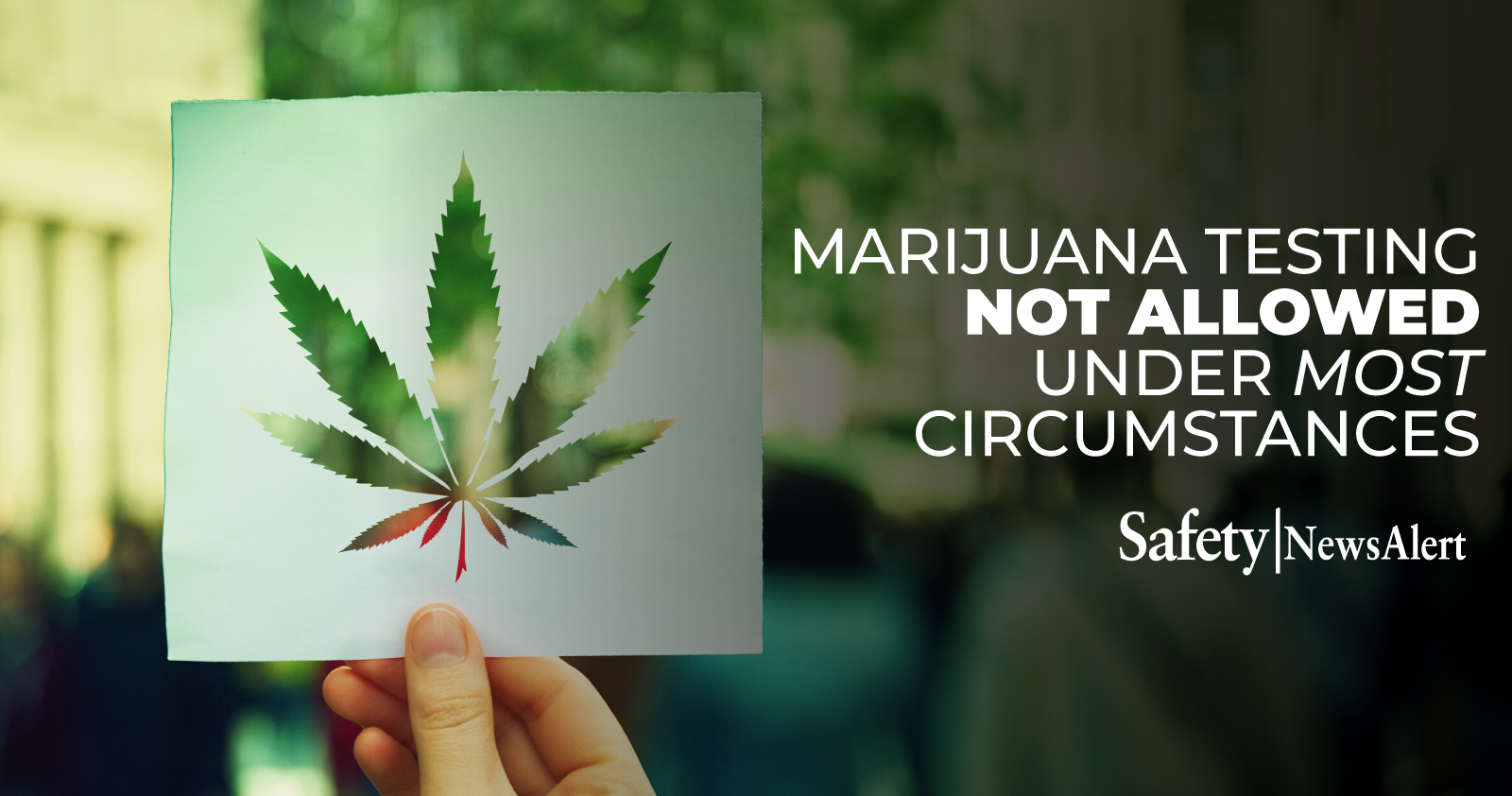 Employer drug testing for marijuana use in New York is no longer permitted under most circumstances, according to new guidance from the state.

The Marijuana Regulation and Taxation Act (MRTA) has taken effect, legalizing recreational marijuana use and possession for adults who are 21 and older, effective March 31, 2021.

It also amended the state’s legal activities law, prohibiting employers from refusing to hire, employ, discharge or discriminate against anyone who uses cannabis lawfully while off-duty, off-premises and not using employer equipment or property.

When action can be taken

Under the MRTA, drug testing for marijuana isn’t permitted except in very limited circumstances, such as if the test is required by law, according to law firm Jackson Lewis.

Further, drug test results can’t serve as the basis for proving an employee was impaired by marijuana. Nor is the smell of marijuana alone adequate proof of “articulable symptoms of impairment.”

Employers can take employment actions regarding cannabis use if:

If an employee is impaired by marijuana while on the job, the employer can take action as long as the employee exhibits symptoms of impairment.

This applies even if the employer doesn’t have an explicit policy prohibiting use.

The tricky part is that “there is no dispositive and complete list of symptoms of impairment,” according to the guidance document.

Then how can an employer tell what actually counts as articulable symptoms of impairment?

According to the state, these are “objectively observable indications that the employee’s performance of the duties of their position are decreased or lessened.”

An example provided by the state is an equipment operator who is running heavy machinery “in an unsafe and reckless manner.”

But the state also cautions that such a symptom could also be indicative of an employee with a disability protected by federal and state law, even if that condition is unknown to the employer, so care should be taken in approaching the employee.

Weed use during breaks?

No, employees can’t use marijuana during meal or other break periods, paid or unpaid, as those still count as occurring during work hours.

Employers can also prohibit use for on-call employees and remote workers, even though the term “worksite” doesn’t typically apply to an employee’s residence within New York’s labor law.

Just remember these employees, just like onsite employees, have to exhibit objectively observable indications of symptoms of impairment, and things such as smell alone do not count.