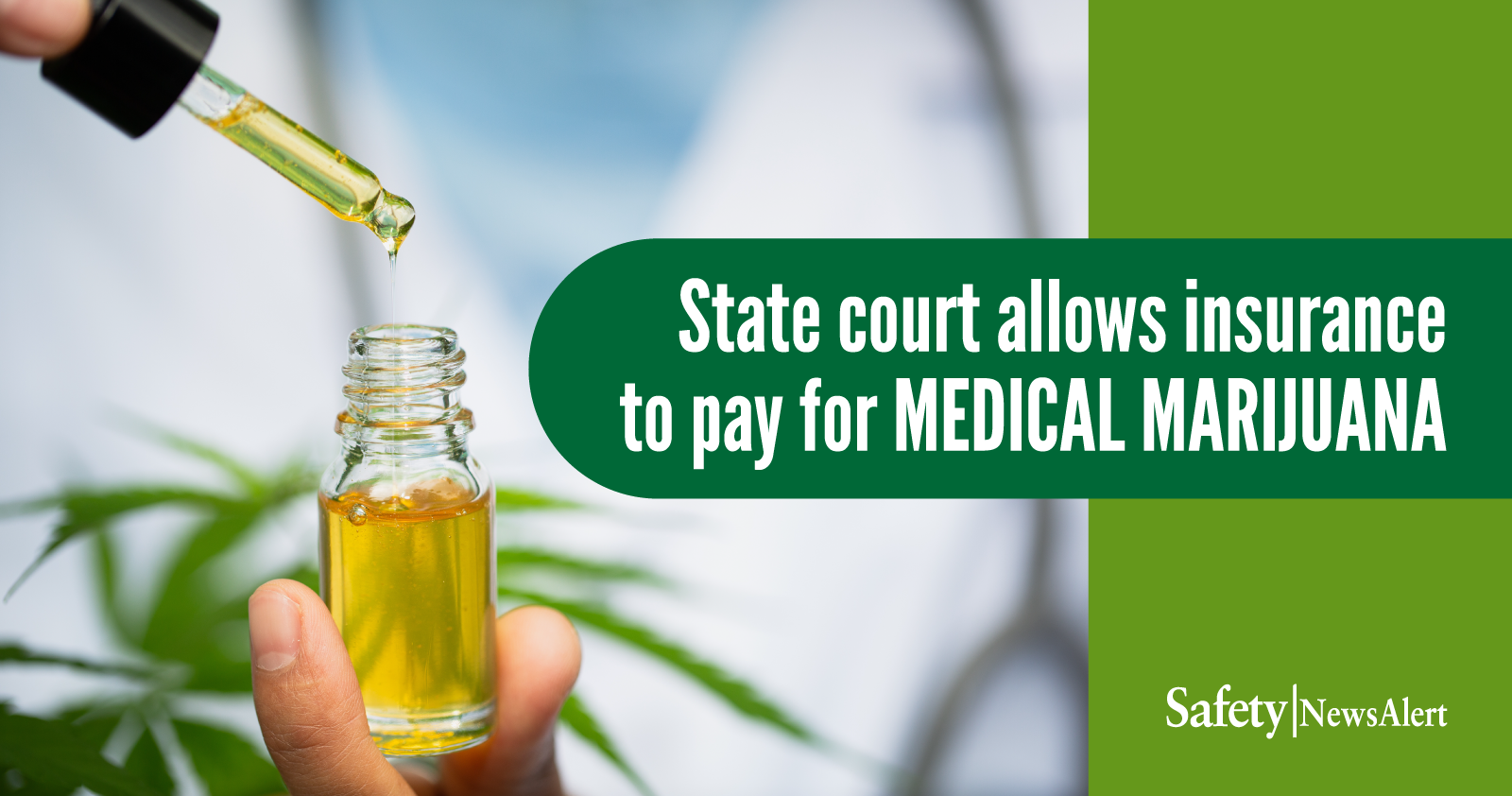 A workers’ compensation insurer is not committing a federal crime under the Controlled Substances Act (CSA) when reimbursing a medical weed user for purchase of the drug, according to the Supreme Court of New Hampshire.

Reimbursing a medical marijuana user for the drug in a work-related injury case is not impossible under the CSA nor does it thwart the purposes and objectives of federal law, the court states in a March 2 decision.

Andrew Panaggio, a licensed user in New Hampshire’s therapeutic cannabis program, suffers ongoing pain resulting from a 1991 work-related injury to his lower back.

The insurer, CNA Insurance Company, declined to reimburse Panaggio for the purchase of medical marijuana because it claimed the drug “was not reasonable or medically necessary,” according to the decision.

Panaggio appealed the denial, and a hearing officer with the state’s Department of Labor agreed with CNA.

The New Hampshire Compensation Appeals Board found Panaggio’s use of medical marijuana was reasonable and necessary, but still upheld the denial because “the carrier is not able to provide medical marijuana because such reimbursement is not legal under state or federal law.”

Panaggio’s case went to the state Supreme Court, leading to a decision that the reimbursement would not violate state law.

The Supreme Court vacated and remanded the federal law portion of the case back to the Board so it could provide an adequate explanation of its reasoning regarding the CSA.

On remand, the Board insisted reimbursement for purchase of medical marijuana would cause the insurer to commit a federal crime “by aiding and abetting illicit purchase and possession.”

Following that decision, Panaggio once again appealed with the state Supreme Court.

The Board argued federal law preempted state law because it was both impossible for the insurer to reimburse Panaggio without breaking the law under the CSA and that doing so would cause it to thwart the purpose and objectives of the Act.

But the Supreme Court disagreed.

There is no direct conflict between the CSA and a Board order to reimburse Panaggio for his medical marijuana purchase because “the CSA does not criminalize the act of insurance reimbursement for an employee’s purchase of medical marijuana.”

The CSA does not expressly forbid the insurer from reimbursing an employee for medical marijuana purchases – if it did then it absolutely would preempt the state law.

But because it doesn’t, CNA would not be guilty of aiding and abetting something illegal because it lacks the intent of wrongdoing that constitutes a crime.

Reimbursement also would not interfere with the federal government’s ability to enforce the CSA as it is still “free to prosecute (Panaggio) for simple possession of marijuana under the CSA.”

For those reasons, the Supreme Court reversed the Board’s decision and remanded the case for further proceedings.