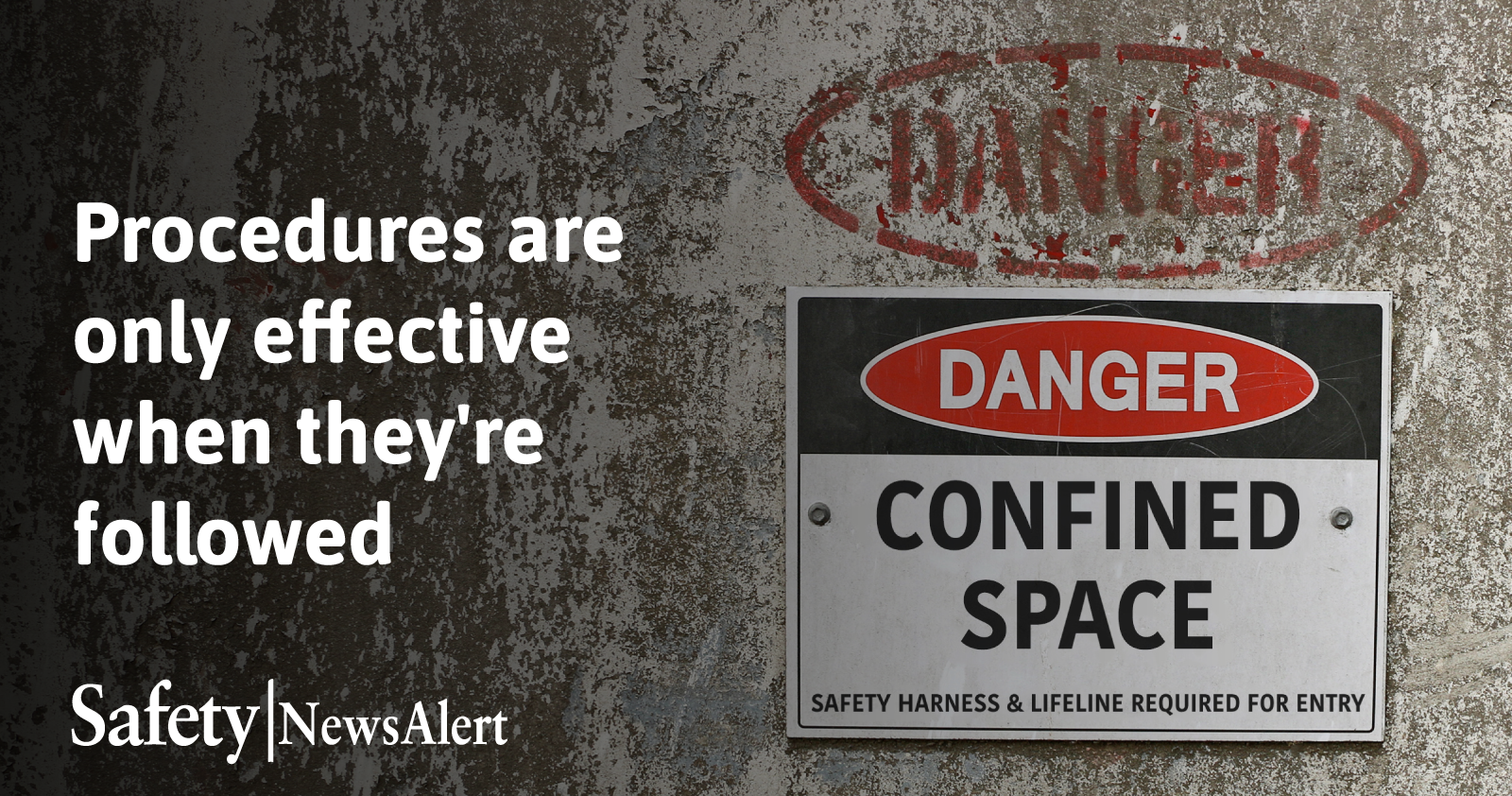 Just having a safety procedure in place is not enough. Procedures have to be followed to be effective and failing to do so can result in fatal consequences, as a recent Mine Safety and Health (MSHA) investigation illustrates.

MSHA investigators were called to the Freeport-McMoRan Morenci mine in Greenlee County, Arizona, on Sept. 15, 2021, to investigate a fatality involving a contract welder who died while working with argon gas in a confined space.

The contract company, PVB Fabrications, had a confined space safety procedure created jointly with the mine operator, but much of it had been ignored, leading to the welder’s death.

At 6 a.m. on Sept. 15, 2021, Cleveland Sloan, a 33-year-old contract welder with more than 10 years of mining experience, traveled with the rest of his PVB crew to work on a pipe project at the mine. The crew attended a general safety meeting and a Job Risk Assessment, a pre-work meeting on potential safety hazards and mitigation methods.

Sloan and Laroy Smith, another welder, then went to work welding a 30-inch pipe. This involved placing a dam inside the pipe on each side of the joint, less than 5 feet apart, and then filling that space with argon gas to purge the ambient air.

With the purging complete, Sloan and Smith began to lay down a root weld, which is the first pass on the pipe, meant to seal the joint. As they were about to make an additional pass to strengthen the connection, the two welders noticed “sugar” on the weld, an indication that the argon gas didn’t fully purge the ambient air, resulting in contamination. Sloan exchanged the argon gas bottle with a new, full bottle, which meant both men had to wait for the purge to finish before work could continue.

At one point, Smith noticed Sloan’s hard hat at the end of the pipe, so he went to check on him. He didn’t see Sloan around, so he called out. There was no response. Smith sent a helper for a flashlight, which he used to look deeper into the pipe. He saw Sloan about 40 feet inside. Smith, the helper and other workers shouted and banged on the side of the pipe to get Sloan’s attention, but he didn’t respond.

At 9:15 a.m., the mine’s emergency response team arrived and one of the first responders donned a self-contained breathing apparatus and went into the pipe to retrieve Sloan. However, the responder couldn’t pull Sloan out by himself, so he tied a rope to Sloan’s ankle and with help from several other miners, pulled him out of the pipe.

Sloan didn’t have a pulse and emergency responders couldn’t resuscitate him. He was pronounced dead at a local hospital at 10:02 a.m.

MSHA investigators found that Sloan likely entered the pipe to check on, or reposition, the argon gas dam, which lead to his asphyxiation due to the argon gas, which displaced the oxygen in the confined space. There were no warning signs posted regarding the confined space and its oxygen deficient atmosphere and no physical barriers to prevent workers from entering the pipe.

Entry procedure was in place, but not followed

PVB welders didn’t enter pipes on a regular basis, but when they did there was a confined space entry procedure established jointly by the mine and the contract company, which stated the:

In this case, there was no permit and no request for ambient gas detection equipment.

MSHA investigators found PVB’s hazard communication program didn’t include argon gas and that the company failed to adequately train its welding crews and supervisors on the safe use of argon gas in confined spaces.

PVB has since updated its hazard communication program to include argon gas. The company also developed more thorough programs and training to: