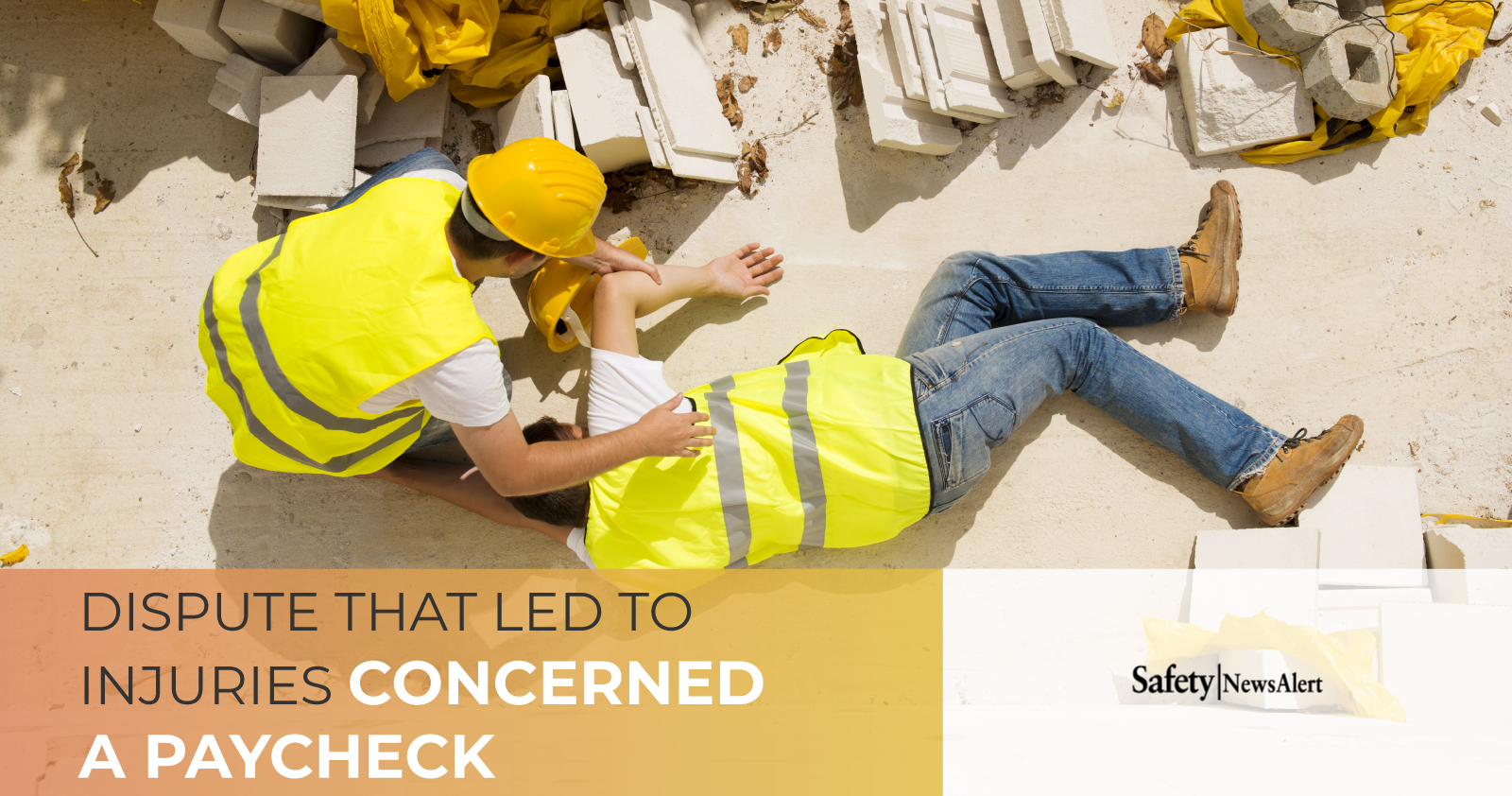 Due to a paycheck dispute, an employee was pushed off a roof and injured by a co-worker. Does workers’ comp cover the employee’s injuries?

Martin Duran Perez worked as a carpenter for Focus Framing in Nevada.

On the day he was injured, Perez was upset because he believed the paycheck he received was short for hours he worked.

Pedro Rosales was Perez’s crew leader for the time covered by that paycheck. Crew leaders were responsible for turning in time cards.

Perez climbed to the roof of the building where Rosales was working.

Rosales’s son, who also worked for Focus, became upset about the conversation. His son pushed Perez who fell to the ground and was injured.

Perez filed a workers’ comp claim which Focus denied, claiming the injury didn’t arise out of and in the course and scope of employment.

The Nevada Department of Administrative Hearings Division found Perez should get comp benefits.

In course and scope of employment?

The company appealed. An appeals officer agreed that Perez should get benefits, finding he was injured in the course and scope of his employment.

The officer found Perez’s testimony was credible when he said he believed he should speak to Rosales about paycheck issues. The decision explained Perez was injured while he was discussing a paycheck issue, which is within the course and scope of employment.

Focus appealed to a state district court. The court denied to review the case, leaving the previous decision in place. Focus then took its case to the Nevada appeals court.

Focus argued that the injury didn’t occur in the course and scope of employment because neither Perez nor Rosales had authority over the paycheck dispute, Perez wasn’t following employer instructions when he was injured, and the altercation was purely personal.

The appeals court rejected all the company’s arguments.

The court noted while Rosales couldn’t issue a new paycheck to Perez, he could call the office and instruct it to correct his pay.

Previous case law in Nevada states that it’s not necessary for the injured employee to have been “actively engaged in those job duties at the time of the injury for it to occur in the course of employment.”

The court said Focus failed to show any reasons why the altercation was personal and not related to employment.

For those reasons, the court said the initial ruling was correct: Perez should receive workers’ comp benefits for his injuries after a co-worker pushed him off of a roof.